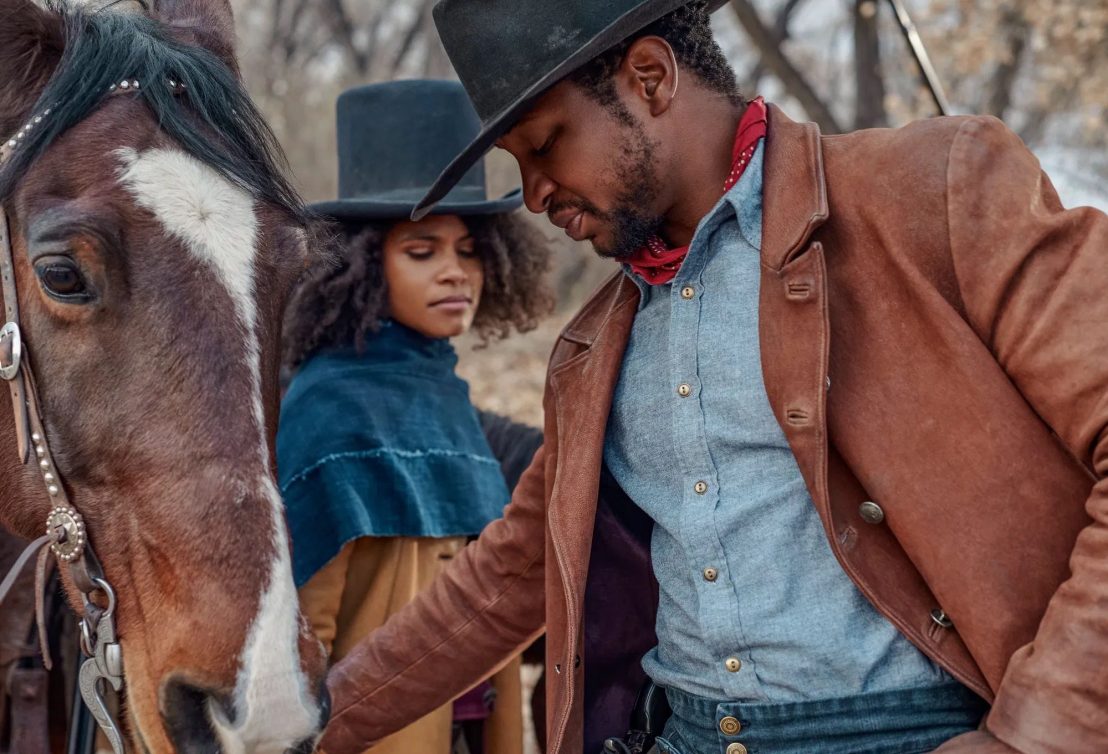 Earlier this year, boutique streaming service the Criterion Channel programmed a twelve-film series of Black Westerns, looking back on the golden era of cowboy-and-outlaw pictures featuring African-American protagonists and the later films paying them homage. For the uninitiated, it was a crash course in a fascinating and under-acknowledged pocket of cinema, and it looks like it won’t take long for that curriculum to come in handy.

The Black Western will rise again later this year with the release of Netflix’s The Harder They Fall, for which the first trailer arrived online this morning. The clip promises all the excitement one could expect from the oater genre — train robberies, gunslinging, fist fights, chases on horseback — with a cast of Black historical figures from the American frontier.

Jonathan Majors leads as the real-life cowboy Nat Love, who catches wind that his nemesis Rufus Buck (Idris Elba), the no-good varmint what killed Nat’s parents, has gotten out of the hoosegow. Nat rallies his posse (including Zazie Beetz, Edi Gathegi, and R.J. Cyler) and sets out on a hunt for Buck and his retinue (including Regina King and Lakeith Stanfield), putting the rival gangs on a collision course that can only end in bullets and bloodshed.

For first-time feature director Jeymes Samuel — a music supervisor for Baz Luhrmann’s Great Gatsby film, and a frequent collaborator with Jay-Z, who’s credited as a producer on The Harder They Fall — this is familiar territory, the same subject material covered in his album They Die By Dawn and the short film produced to accompany it. Judging by the trailer’s unexpected soundtracking to Fela Kuti, his musical sensibility will inform this take on Nat Love’s life and exploits as well.

The Western has been falling out of fashion in recent years, but perhaps a reimagining of the racial dynamics (and a return to the squib-happy shoot-’em-up model of the exploitation film period that inspired Django Unchained) could return the genre to the public’s good graces. If nothing else, that stacked cast practically guarantees an experience at the very least enjoyable.

The Harder They Fall comes to Netflix in 2021.