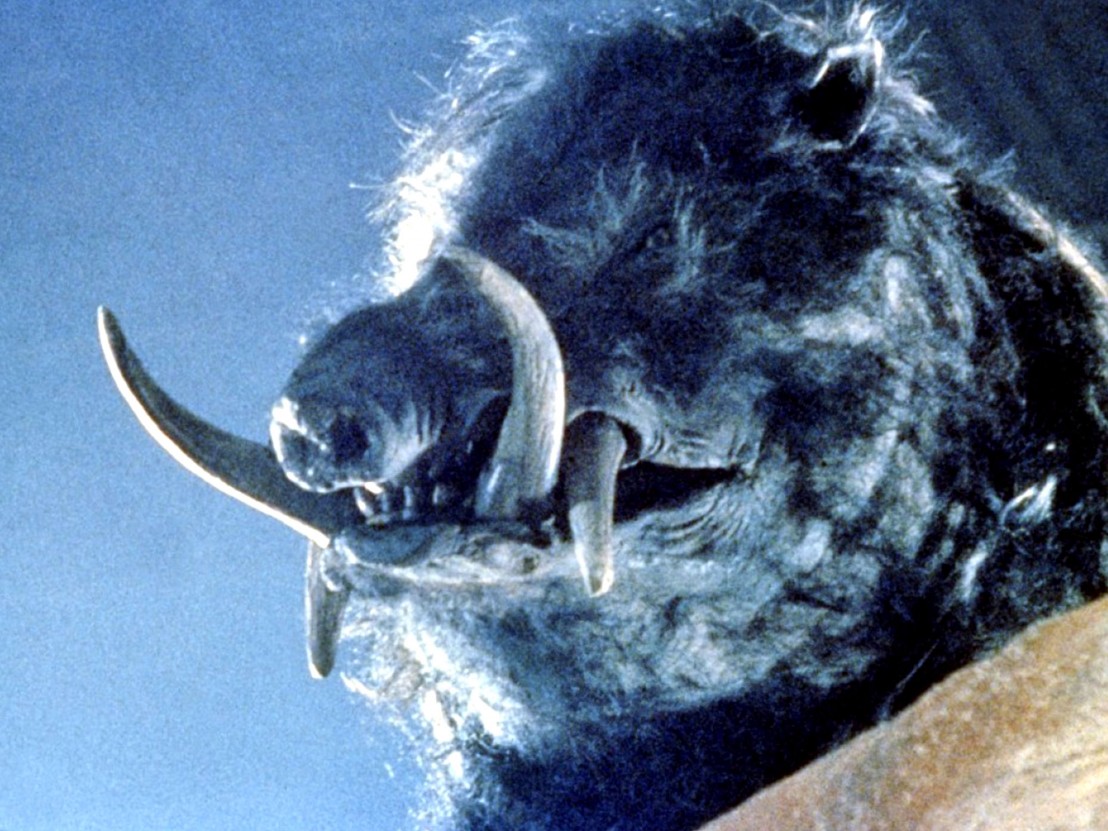 Before CGI-heavy hybrid/mutant creature features started pouring out of sci-fi channels like so much chum tossed overboard by Roy Scheider, the ’70s and ’80s saw a spate of genuinely entertaining animal attack movies. With their occasionally heavy-handed environmental messages and, crucially, use of actual wildlife, these lesser-seen cult curios hark back to a simpler and almost certainly more dangerous time. Here’s a rundown of seven of our favourites which we highly recommend seeking out.

It may well sail close into Jaws territory, but this killer-pig-on-the-loose movie is highly regarded by horror lovers – including Steven Spielberg who allegedly telephoned director Russell Mulcahy to congratulate him. There are echoes of Ted Kotcheff’s 1971 classic, Wake in Fright, with both films depicting a forgotten Outback town in a state of social and moral decline and a rogues gallery of deranged locals tormenting a naive interloper. The director also drew heavily on his music video heritage, so expect a lot of ’80s backlighting.

Featuring two of cinema’s most volatile talents, it’s not just the black mamba that brings a palpable sense of terror to Piers Haggard’s suspenseful thriller. Oliver Reed and Klaus Kinski star in this claustrophobic tale of a kidnapping gone wrong, which turns into a standoff in a house where a venomous snake has been accidentally unleashed. Haggard has spoken of the film being like “a nest of vipers” due to Reed’s merciless tormenting of Kinski and the latter’s explosive temperament. It all adds to an electric atmosphere where the animal at the centre becomes almost incidental.

Renowned movie poster designer Saul Bass (Vertigo, The Shining) helmed his only feature with this nightmarish dystopian sci-fi. Strictly speaking, Phase IV is more of a siege film than a traditional animal attack outing: two scientists and a young girl trapped inside a research facility surrounded by poisonous ants, which have been working as one collective consciousness with the aim of enslaving humankind. Featuring beautiful close-up photography and with a slow, even pace, this one really gets under your skin. A bleakly unsettling masterpiece.

One of Michael Caine’s most memorable box-office flops, The Swarm was the death knell of the animal attack/disaster film mash-up. Boasting a stellar cast that includes Henry Fonda, Jose Ferrer, Katherine Ross, Richard Chamberlain and Olivia de Havilland, this entomological oddity, with its ludicrously high body count (around 40,000) and live bees (with their stingers removed), is now available in its full 156-minute cut. Way too long, way too silly, but as far as ‘so bad it’s good’ goes, this beats them all. Both a joyous and sublimely terrible experience.

This one is a more straightforward revenge drama: the whale’s pregnant mate is killed by Richard Harris (playing a Captain Ahab type with a cheeky charm and an eye for Charlotte Rampling) and a game of cat-and-mouse begins with Orca terrorising a Newfoundland coastal town and taunting the salty sea-dog into a final showdown at the Pole. With its blend of Native American wisdom and cod animal psychology, Orca has a tendency to take itself a bit too seriously, but the result is strangely affecting. With a wonderfully haunting soundtrack by Ennio Morricone, it’s a strange and compelling watch.

Billed as ‘Jaws with Claws’ upon release, there’s no getting away from the bald-faced plagiarism committed by director William Girdler. Half the fun in watching Grizzly can be had in witnessing the sheer temerity of a film that has almost entirely the same setup as its predecessor on a scene-by-scene basis. Still, it’s a great example of the genre. A sequel to Grizzly was partially made, with undiscovered stars Charlie Sheen and George Clooney taking minor roles. Sadly it was never released, though bootleg versions are available on YouTube.

Following his Jaws rip-off, Girdler ups the ante with this audacious, eco-awareness cautionary tale. Reuniting some of the Grizzly cast, Day of the Animals forewarns what could happen if humanity doesn’t reign in its use of CFCs (remember those?). It starts off promisingly enough, as a group of hikers in California are terrorised by wildlife driven mad by radiation from the depleted ozone layer, before descending into hellish melodrama. A curious piece of casting sees Leslie Nielsen playing a deranged ad executive who ends up wrestling an angry bear. Worth the price of the DVD alone.