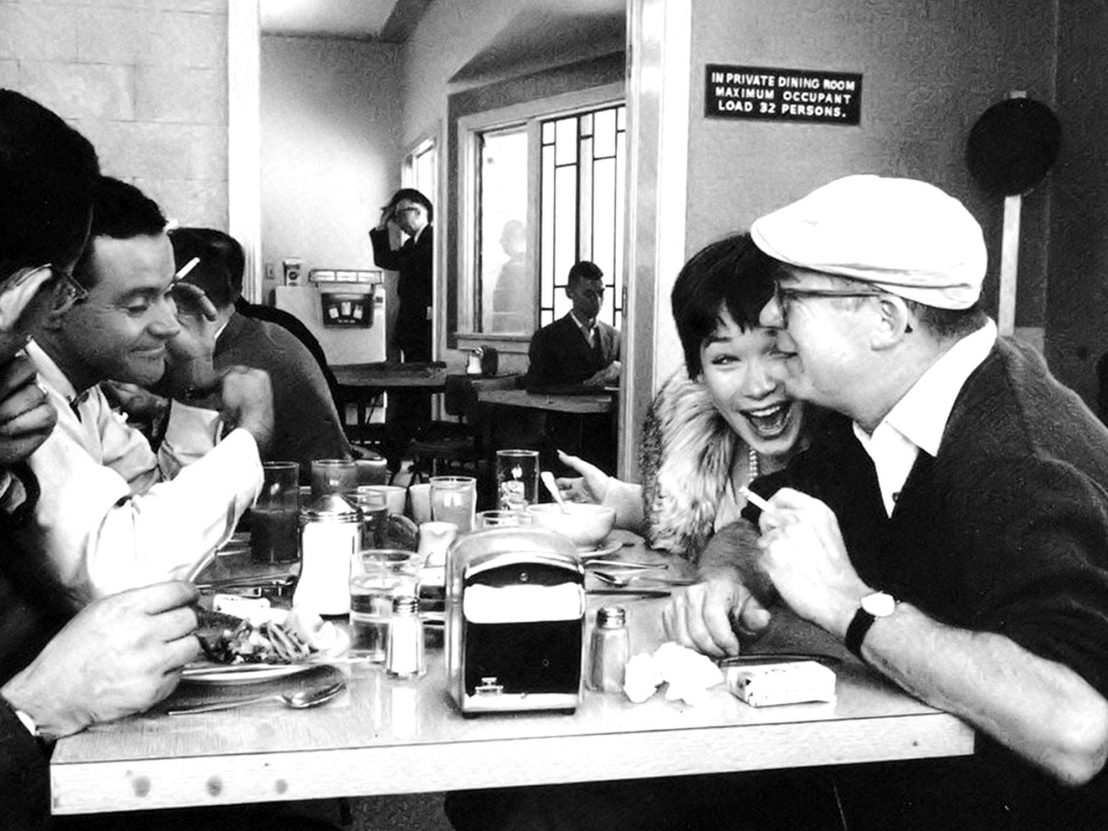 The story of this classic film begins with that of another. When director Billy Wilder saw David Lean’s Brief Encounter, which features an adulterous tryst between a couple in the flat of a third party, he exited the cinema and scribbled down a question in his notebook, the germ of an idea: ‘What about the poor schnook who has to crawl into the still-warm bed of the lovers?’ It was years before he felt he could slip the idea past censors.

In 1960, Wilder was on one of the great runs of form in the history of cinema. He had just made Witness for the Prosecution and Some Like It Hot, remarkably different works that showcased his range as a director. The Apartment feels like the perfect blend of his sensibilities; sweet and sour, hilarious and heart-breaking. This is a romantic comedy in which suicide is a recurring theme. Indeed, in the iconic closing moments, the sound of a champagne bottle being opened is mistaken by our heroine for a gunshot and the idea that our hero might have ended things somehow seems plausible. It’s testament to how vividly the characters are drawn and how beautifully they are performed that, however many times one watches the film, there is still a sense of relief when the door opens and all is revealed to be well.

Jack Lemmon plays CC Baxter, a small man in a big company whose apartment is used for extracurricular activities by just about everyone bar the man paying the rent. Nobody truly knows Baxter but the warmth Lemmon conveys during large sections alone on screen is a wonder to behold. He is in love with an elevator girl named Fran Kubelik (a never-better Shirley MacLaine) but she is trying to deal with her own on-again off-again relationship with married boss Sheldrake (Fred MacMurray, star of Wilder’s earlier masterpiece Double Indemnity).

The writers of Mad Men have acknowledged the debt their show owes to The Apartment, and it is to the latter’s credit that Fran has more agency than the vast majority of Don Draper’s paramours despite the film being made half a century earlier. Fran’s face in the penultimate scene as Auld Lang Syne plays and she realises what she needs to do is perhaps the most perfect moment in a crowded field.

The film is light years ahead of its time in its candid approach to sex. At one point, a drunk and depressed Baxter takes a woman back to his place simply because he’s at his lowest ebb. This is not a morality tale and the message of the film is best conveyed by Baxter’s neighbour, Dr Dreyfuss, who urges Lemmon’s character to be “a mensch – a real human being.” The Yiddish spoken by the good doctor reminds us that Wilder escaped Berlin in the 1930s and came to Hollywood with only a rudimentary grasp of English yet went on to write some of the most sparkling dialogue ever uttered on the big screen. The doctor and his wife, like every character in The Apartment, are so perfectly rendered that one can imagine their lives in detail despite a limited amount of screen time.

The economy of the script is startling. In one wordless moment, Fran offers Baxter her broken mirror and, sans dialogue, all becomes clear to Lemmon’s character as he realises this is the very same mirror that had been left behind in his apartment and he’s been inadvertently aiding his boss pursue the woman of his own dreams. The romance between the leads is never laid on too thick; a kiss on the forehead is as affectionate as it gets and Baxter only shows his hand in the very final scene when he informs Fran he adores her. The response is a moment of pure Wilder, inspired by Maclaine’s own lessons in gin rummy from Frank Sinatra and the rat pack around the same time: “Shut up and deal.” The director’s previous film might have concluded with the words “nobody’s perfect”, but some films are.

One recurring theme involves parodying the ubiquity of the suffix ‘wise’, a feature of both the poster (‘Movie-wise, there has never been anything like The Apartment – laugh-wise, love-wise, or otherwise-wise!’) and the final lines of the script. The screenplay ends with the following words, after Fran has uttered her immortal closing statement: “Bud begins to deal, never taking his eyes off her. Fran removes her coat, starts picking up her cards and arranging them. Bud, a look of pure joy on his face, deals – and deals – and keeps dealing. And that’s about it. Story-wise.”

Wilder felt this was his finest film although he would never go much further than to say, “It worked.” It certainly did and, in more than a century of motion pictures, this is as good as it gets, movie-wise.