The 8th is a poignant look at how grassroots activism is driving social change. 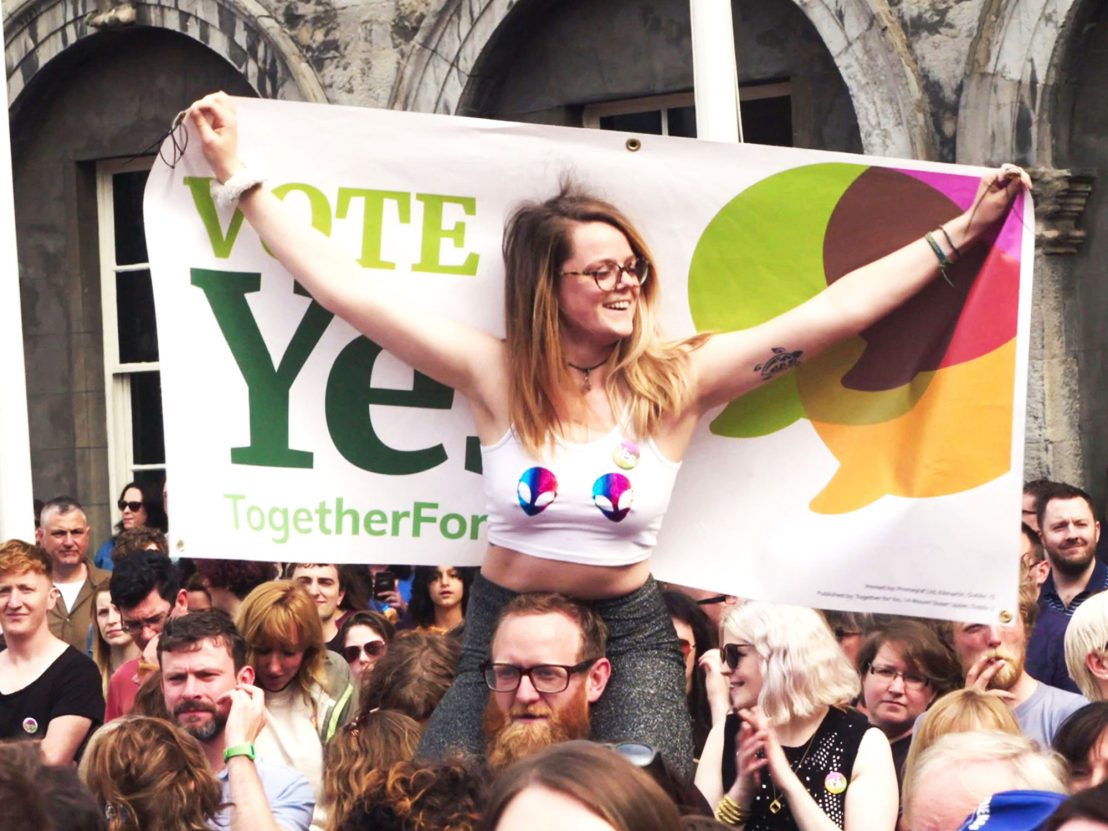 Aideen Kane, Lucy Kennedy and Maeve O’Boyle’s documentary The 8th may be filmed in English, but in many ways protest is its primary language. Charting the months leading up to the 2018 referendum to overturn Ireland’s controversial Eighth Amendment, which for almost 35 years had effectively criminalised abortion, the film is marked throughout by the voice of the people. Colourful placards plastered with equally colourful slogans (“Get your rosaries off my ovaries”) fill the screen, while angry chants of “Repeal the Eighth” echo through city squares, screamed over and over by impassioned crowds.

Released on the three-year anniversary of the historic vote and its subsequent milestone victory, the arrival of The 8th feels even more prescient in the wake of the Black Lives Matter and Kill the Bill demonstrations that have taken place over the past year. “When we were going to festivals some people were saying ‘Well, how relevant is this really given that we’re in Covid and people can’t go out on the streets’,” Kennedy says. “And then George Floyd was killed and the protest movements in the US and other parts of the world just erupted. One of the things our film shows – and honestly one of the things that is terrifying about the proposed legislation in the UK – is that protest is essential for change.”

“A protest itself doesn’t make an activist or cause change immediately,” agrees Kane, “but it’s incremental: it’s the passion that it arises in people, and what that will ignite and spark. There is an agent of change in all of us.” This idea of grassroots action is central to The 8th, which features remarkably little electoral politics for a documentary hinging on the results of a referendum. Rather, this is a film that belongs to activists and community organisers, locating political agency within the actions of everyday people and revealing the tireless work that lies behind the collective struggle for human dignity. Bringing together a large cast of campaigners, notably from both sides of the debate, two activists in particular take centre stage: renowned feminist academic Ailbhe Smyth, and Andrea Horan, owner of Dublin-based nail and beauty salon Tropical Popical.

“The movement to change the Eighth Amendment was not something that came from the Irish government,” explains Kennedy, reflecting on their uniquely community-driven approach. “This was a hot potato before January 2018: people didn’t even want to use the word abortion. It was from the activists, it was from the grassroots, it was from people like Ailbhe who had been working on it for 35 years.” O’Boyle adds, “When you’re documenting something as large as this, you have to have a really enigmatic protagonist. We met many incredible activists along the way, but Ailbhe had the history: she was in her seventies and had lived through [the passing of the Eighth Amendment] and had fought all the way along. This was her fight to win, and the stakes were high for her.”

While Smyth represents a generation of feminists who have been opposing the Eighth Amendment ever since it was passed into law, the dual focus on Horan also speaks to a newer cohort of young, often working-class, women working to effect change within their social and professional circles. “Andrea wanted to bring the campaign to people that followed her,” Kane explains, “to meet them where they were, as opposed to expecting them to come to where the activism was happening. She wanted to find – and she did find – authentic ways of engaging with people to unleash their own power.”

“The film is a culmination of the ways in which women have been sidelined in our society.”

In one of The 8th’s most poignant scenes, Horan sits with colleagues and friends in her salon as they exchange stories of the harm the abortion ban has caused to them and their loved ones, the camera lingering intimately on clasped hands and Horan’s tearful face as she offers support and sympathy. “She’s just this extraordinary character who illustrates how to bring people into activism in a way that suits them,” Kennedy says.

The painful legacy of the Eighth Amendment is palpable throughout, from the testimonies given in Horan’s salon to the more widely publicised contemporary accounts that Kane, Kennedy and O’Boyle refer to. These vignettes revolve around specific historic cases that were formative to Ireland’s current pro-choice movement, such as the remains of neglected children being discovered in Catholic mother-and-baby homes, or the tragic case of Savita Halappanavar, who died from sepsis after being refused an abortion following an incomplete miscarriage.

Their combined presence in the film underscores not only the cruelty and violence of the amendment’s restrictions, but also the ways in which these restrictions – and the politics of healthcare more broadly – inevitably discriminate across existing fault lines of class and race. “If you think about it, the women who could afford to travel, travelled,” Kennedy says. “They went to the UK [where] they could get childcare for their other children. They could take that time off work. They could get a plane ticket. It’s women who are on the margins of society financially, who it was a bigger burden for.”

“Initially we wanted to cover the last 100 years in Ireland, but because the film is 90 minutes long, we realised we would have more impact if we focused on the last 35,” O’Boyle adds. “With Savita’s story, for example, we incorporated a number of other medical cases around that section to show this isn’t just a one off – there are many, many women who have been in horrendous scenarios. We were trying to speak to that, so by the end of the film it becomes a culmination of the ways in which women have been sidelined for such a long time in our society.”

By bringing together long-neglected stories of women’s suffering over decades of state-inflicted violence, The 8th crafts a compelling, emotionally resonant argument for reproductive rights, aligning itself in many ways with the activism it represents. “We didn’t come to the film as activists,” Kane reflects, “we came to it as filmmakers, and ultimately it’s a film about an extraordinarily successful grassroots movement that won. We didn’t intentionally make this film to be an activist tool, but […] a lot of the reaction we’re getting in screenings… someone said to us it fills an activist’s soul.”

“When you’re making a film, what you’re ideally trying to do is document what you’re seeing and how things are changing,” O’Boyle adds. “Initially this was about reproductive rights and abortion but as it continued it [took on] this narrative of care and compassion. There was this idea around what kind of society we want to be. Let’s look at ourselves in the mirror and say, ‘Are we going to take responsibility?’”

Find out more at the8thfilm.com 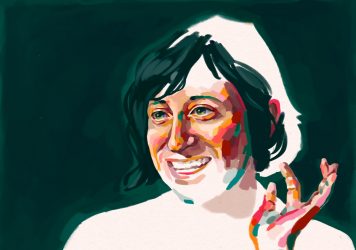