Directors Andrew Adamson and Vicky Jenson reflect on the cultural afterlife of their 2001 computer animation. 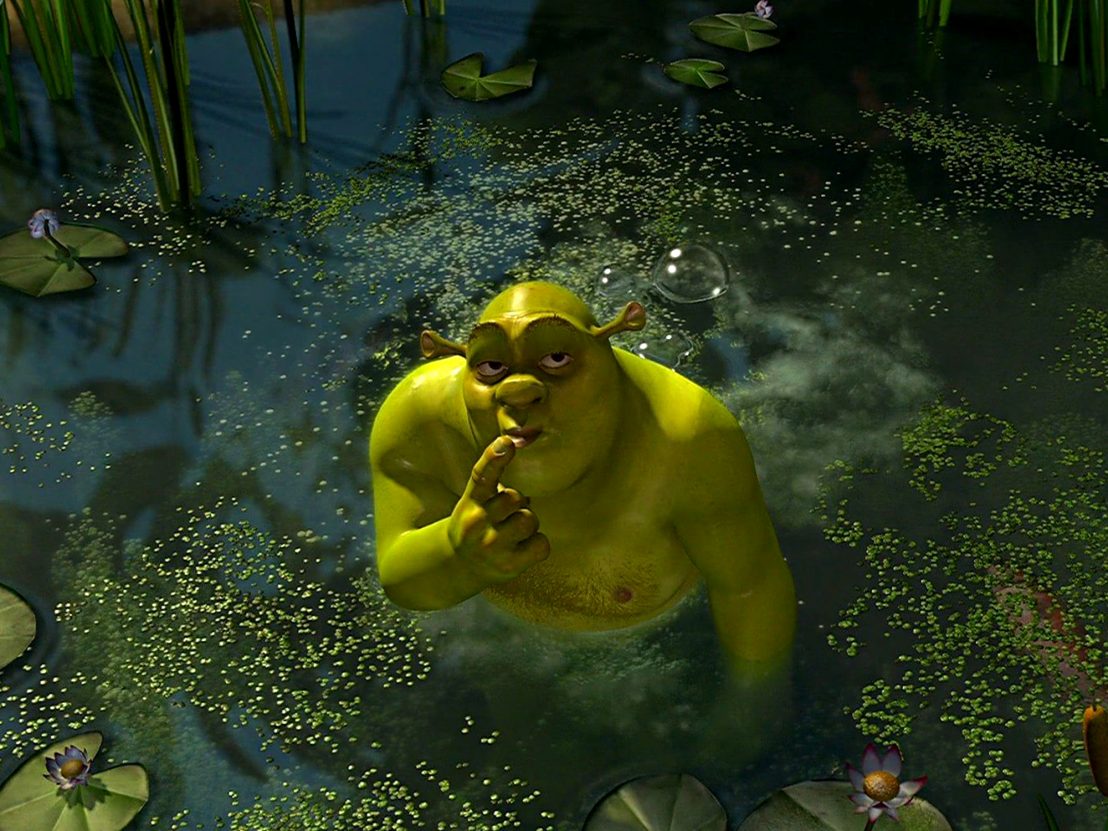 As DreamWorks’ second computer-animated feature, following 1998’s Antz, Shrek broke new ground by creating realistic human characters that avoided the dreaded depths of the Uncanny Valley. As an anti-fairy tale that tackles themes of identity, inclusion and acceptance, however, the film’s wider cultural impact has taken some unexpected turns in the two decades since its release.

Google the film’s prong-eared green hero and you’ll find some risqué videos inspired by ‘Shrek is Love, Shrek is Life’, a sexually explicit meta-meme birthed from homoerotic fan fiction found on the anonymous imageboard forum 4chan. It’s a legacy that neither of the film’s directors could ever have foreseen – but as they’re quick to tell us, all are welcome in Shrek’s swamp.

Loosely based on cartoonist William Steig’s eponymous kids’ book, Shrek invited audiences into a storybook world where a grumpy ogre (voiced by Mike Myers) is forced to save a strong-headed princess (Cameron Diaz) with his loud-mouthed Donkey sidekick (Eddie Murphy). But it didn’t start out that way. In fact, the initial plan was to create a motion-capture live-action hybrid before a disastrous test screening led to then-DreamWorks boss Jeffrey Katzenberg firing everyone involved. Enter Andrew Adamson, who came aboard to re-steer the good ship Shrek.

Still, when production got underway, expectations were low. “No one set out to make a blockbuster,” admits Adamson, who alongside Vicky Jenson became the first filmmaker to win an Academy Award for Best Animated Feature. “Shrek was kind of being made in the garage at DreamWorks,” he adds. “It was an experimental thing and they saw it as a side-project. We were very much the bastard child.”

With computer animation experiencing a boom in the early 2000s, artists from other DreamWorks projects eventually made their way into the Shrek hive-mind, influencing its irreverent tone. “That’s how we got some of the funniest, most talented storyboard artists,” Adamson explains, “because their random humour didn’t quite fit anywhere else.” It was during this period that Jenson – a successful storyboard artist who had previously worked on Ren & Stimpy – signed on as co-director. “The project was going through a different story phase,” she recalls. “Chris Farley, who was originally cast as Shrek, passed away and the story was lost in a land of action, adventure and comedy. Shrek wanted to be a knight, he hated people… it was struggling for what it was trying to say.” 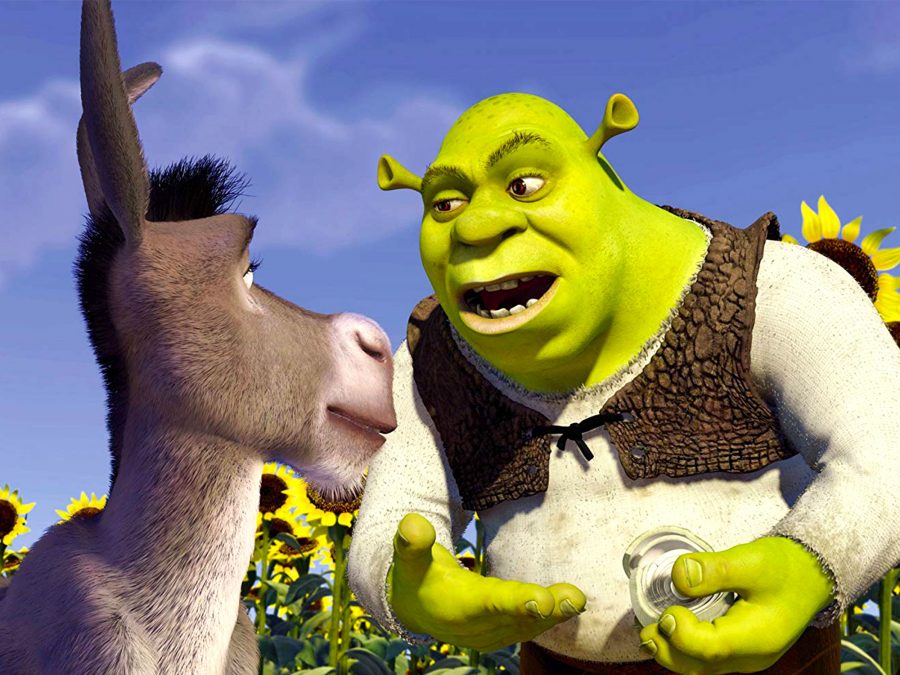 Known for his explosive work on Saturday Night Live, Farley had recorded most of Shrek’s dialogue before his untimely death from a drug overdose in 1997. “It was very tragic losing Chris,” Adamson says. “He was a beautiful, vulnerable man, and he brought that vulnerability to the character which influenced our writing. When he passed, we went through a year or so without having a voice actor attached. I actually asked Jeffrey Katzenberg to fire me because we were making a movie that I really didn’t like. It seemed to have lost its origins.”

Fortunately, Katzeberg denied Adamson’s request. Instead he encouraged him to persevere with the project, and with fellow SNL alum Mike Myers stepping in to replace Farley, Shrek’s persona suddenly clicked into place. “Mike is hugely involved in character,” says Adamson. “He wasn’t as broadly volatile as Chris but he also knew Chris well. I think it was difficult for him emotionally, but at the same time he respected what had been done before. Both of them had this vulnerability that really informed the character. Shrek’s main thing is that all of his outward volatility is to hide his vulnerability. I think a lot of comedians are like that. Comedy is a great defence mechanism.”

Myers’ sensitive nature and comic sensibility became the beating heart of Shrek, Jenson explains. “Mike’s sense of humour became key to the character. Initially he wasn’t going to do an accent, but there was a scene where Shrek was reading a letter from his parents and he just broke out into this Scottish voice. Both Andrew and I looked at each other and said, ‘Can you just do that for Shrek?’ He didn’t really want to because he knew he had a character in the forthcoming Austin Powers sequel that had a Scottish accent, but we got him to do it.”

Adamson and Jenson’s next task was to create realistic human characters – something even Pixar hadn’t quite figured out yet. “We got to a point with Fiona where the realism of the character wasn’t pleasant,” remembers Adamson. “It was not real enough and too real at the same time. Also, around 90 per cent of our animation staff were male. Luckily it’s changed a lot since then, but you’d be getting guys coming out of college who had barely even dated trying to animate Cameron Diaz…” Jenson adds, “We needed someone to talk to our animators about flattering light and make up so Fiona felt warm and alive. We had to problem solve as we went but sometimes technology limitations help you find better solutions.”

Thankfully their experiments paid off, benefiting not just the characterisation but many of the film’s more emotional sequences. “One of my favourite moments is when Shrek is outside the windmill about to take flowers to Fiona and overhears her,” says Adamson, referring to the scene where Shrek believes his love for Fiona is unrequited. “It’s a close-up and all of the acting is in his facial expressions. When we got that right I was really happy because that subtlety of emotion and expression was not achievable a year before.” 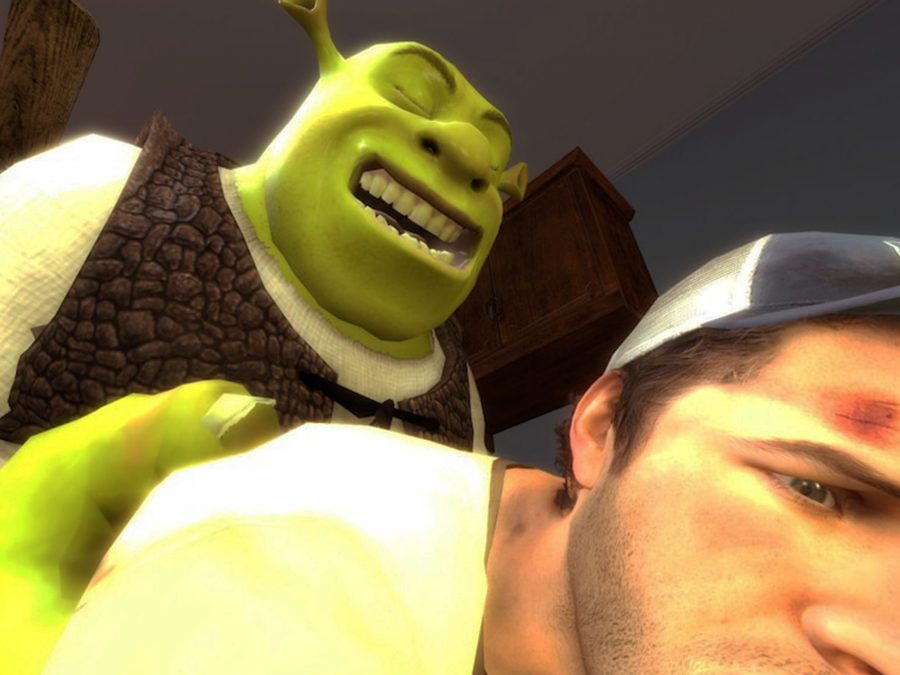 Since its initial release Shrek has become a cornerstone of popular culture, recently being added to the National Film Registry alongside Citizen Kane. More recently, the title character has found a new lease of life online thanks to his cult meme stardom. Self-described ‘Brogres’ celebrate their patron saint of dank memedom with niche Shrek appreciation projects ranging from the tame to the taboo. There’s the fan-made shot-for-shot remake Shrek Retold, a Twitter account dedicated to sharing the film in its entirety, one frame at a time, and of course the explicit and enduring, Shrek is Love, Shrek is Life.

“I was late to the party with the online fandom,” adds Jenson. “I think the reason Shrek has been adopted by fans in this way is that there’s an innate quality to the original story that begs the characters and audience to reexamine what they think they know about themselves and question the world’s expectations of them.”

She continues: “Shrek plays the ogre because he assumes everyone thinks of him that way until a bunch of fairy tale refugees and a donkey make him their hero. Fiona denies her inner-ogre because she was raised to believe the only way to be happy is to force herself into an old-fashioned fairy tale image of a princess. The prince isn’t the hero but the villain because he punishes the world rather than embrace his own imperfections. These ideas about questioning our assigned roles are clear; there was no Disney movie that allowed kids to grow up feeling free to be who they were in this way.” 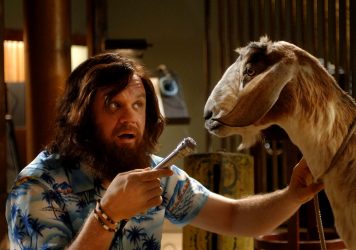