Before he moved into films, the director conceived a bold, unromanticised vision of the American frontier. 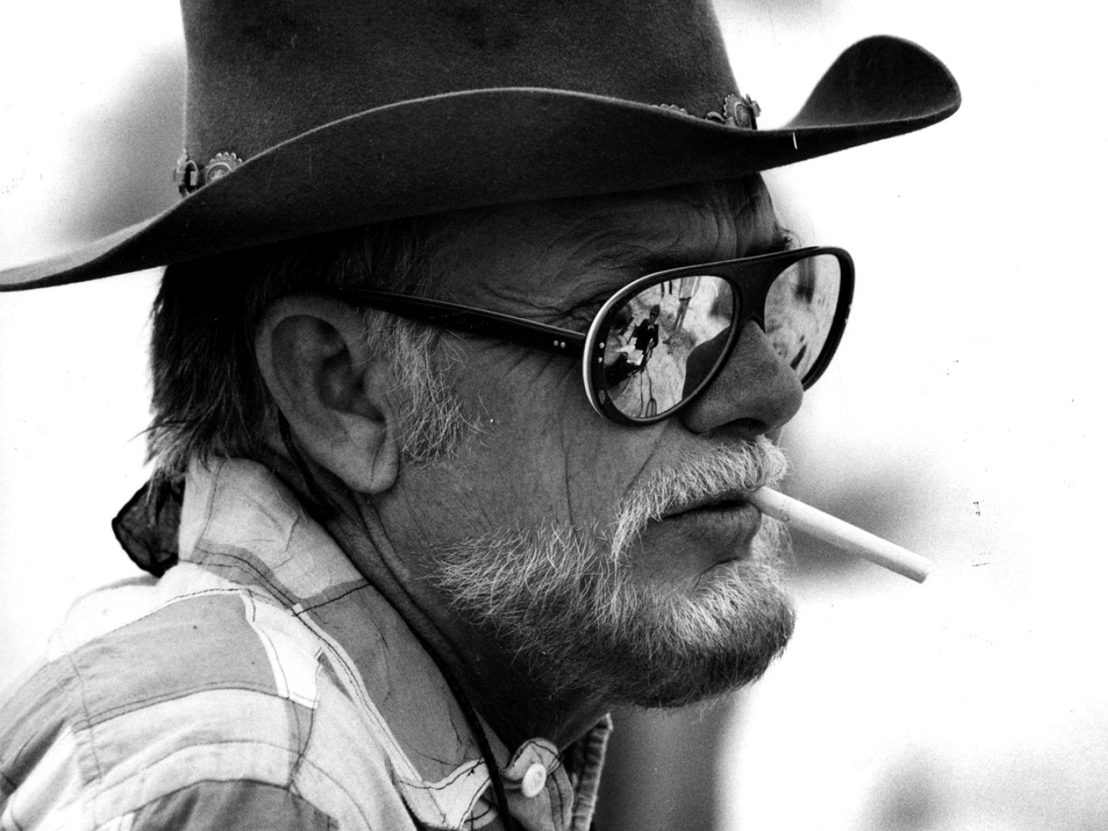 In 1960, as the TV western was on the way out, Sam Peckinpah was on the way in. After nearly a decade working in television for other people, he was growing increasingly frustrated with the family-oriented fantasies that had come to dominate the viewing schedule. So he decided to go it alone, conceiving a show which, despite running for just 13 episodes, had a profound impact on both the genre and Peckinpah’s career.

Leading up to The Westerner, Peckinpah worked on a show called The Rifleman. After the censors rejected one of his scripts for Gunsmoke, he reworked it and sold it as a pilot. The first season went well, and he was happy with the product, but he soon brushed up against other producers. Peckinpah wanted to continue to develop the character Mark McKain (played by Johnny Crawford), the naive son of the protagonist. He envisioned the show being the story of a boy growing into manhood. But, as The Rifleman competed as one of the highest-rated TV shows, the network wanted to keep things family-friendly and rejected his idea.

Frustrated, Peckinpah moved on to a new project that eventually became The Westerner. Inspired by his own experiences growing up, he was keen to avoid the cliché of the heroic sharpshooter, instead centring his western on a cowboy drifter. While shows like Gunsmoke and The Rifleman ushered in a new kind of TV western that had a certain level of sophistication, they remained caught up in the illusions and myths of moral absolutism. TV westerns at the time tended to depict clashes between savagery and civilisation; according to Jean-Francois Rauger’s essay ‘Wild West, Domestic Gaze: Sam Peckinpah and Television’, Peckinpah was more interested in “the permanent savagery in the heart of civilisation itself.”

The pilot of The Westerner, immediately announces itself as something different. Dirty and smoky, Peckinpah insisted the set and costume design showed the wear and tear of the frontier. In stark black-and-white, we see Dave Blasingame (Brian Keith), with his loyal dog, Brown, on the horizon. Blasingame is riding into town in search of salvation and rescuing his long-lost love.

Her name is Jeff (Diana Millay), a barmaid who is under the thumb of a brutal pimp-saloon owner and former professional boxer. In an intimate close-up, her eyes swell with fear before she’s pushed into the arms of a violent and lecherous customer. Mascara runs down her face, permanently smeared with dirt. The violence feels brutal and threatening even by today’s standards.

Blasingame isn’t a particularly good shooter or fighter; he gets roughed up badly and can only win a fight by cheating. His loyal companion is more interested in food than guarding, and for all his efforts, the object of his affection chooses to stay with her abuser. Heartbroken rather than angry, he drifts back out of town beaten-up, his efforts ultimately pointless.

In contrast with previous TV westerns, the violence in The Westerner felt raw – even unwelcome. Unlike the movies, TV glowed right into people’s living rooms, and it seems they weren’t ready to be confronted with the harsh realities that Peckinpah yearned to expose. According to ‘If They Move … Kill ’Em!: The Life and Times of Sam Peckinpah’, “Television audiences had, quite simply, never seen anything like it before: a program that focused week after week on prostitution, rape, adultery, grisly murder; on a ‘hero’ who faltered at critical moments, made wrong decisions, went on drunken sprees, cursed, seemed a stranger to ambition and held few moral convictions… a hero who wasn’t a hero at all.”

Peckinpah was no stranger to censors, his previous TV work had been sanitised and reworked for a family audience, but it was clear that NBC was not on board with his creative choices. Programmed against two popular new shows, The Flintstones and Route 66, the ratings tanked, and after just thirteen episodes, NBC cancelled the show.

The Westerner did not go quietly into the night. While some critics hated its sordidness, others praised it. Following its cancellation, letters poured into NBC calling for it to be reinstated. A group of working writers, including James Lee Barrett (Smokey and the Bandit) and Gene Roddenberry (Star Trek), took out ads in The Hollywood Reporter and Variety mourning the show. NBC even decided to revive The Westerner briefly as a one-hour TV Special called The Losers, starring Lee Marvin, which re-imagined the show in modern times. It wasn’t enough to relaunch the show, although it’s notable as the first time Peckinpah used slow-motion.

A bold vision of America stripped of romanticism, The Westerner deserves to be regarded as more than just a precursor to Peckinpah’s film career – it represents an important stepping stone in American TV culture. Its influence, while hard to measure, was felt in how the medium continued to accelerate towards what it is today. You only have to look at Quentin Tarantino’s recent Once Upon a Time in Hollywood to gauge Peckinpah’s lasting influence.