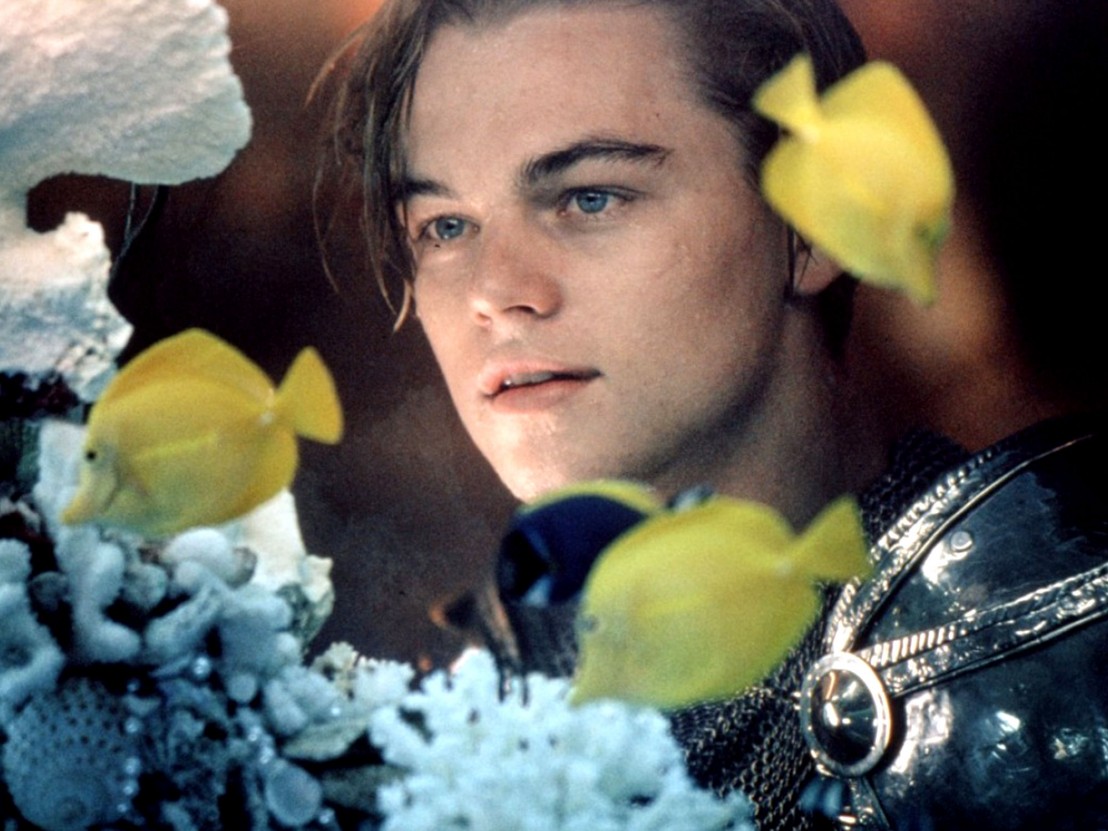 With the Globe Theatre recently rejecting artistic director Emma Rice’s boundary-pushing vision in favour of a more ‘authentic’ Shakespearean experience, it feels a good time to be basking in the 20th anniversary of Romeo + Juliet, arguably the most experimental Shakespeare adaptation of all time.

Before Baz Luhrmann blew our minds with his incendiary take on the star-crossed lovers back in 1996, the template for Shakespeare adaptations was fairly uninspired. Most, like Franco Zeffirelli’s 1968 Romeo and Juliet or Kenneth Branagh’s Henry V, stayed true to the period, with a production and set design that could best be described as authentic. Orson Welles’ 1952 version of ‘Othello’ was so faithful to Shakespeare’s original staging that he even played the lead role himself, rather than cast a black actor. It’s safe to say that Romeo + Juliet offered a much-needed change of pace.

It begins with a psychedelic crash zoom into the face of a pseudo-Christ the Redeemer statue, planted between two skyscrapers in the fictional LA-esque city of Verona. An operatic chorus rises above the chaos as scenes of police brutality and riots flashes across the screen. It’s a vision never before seen in Shakespeare and one of the most thrilling opening sequences of all-time.

It may seem unfaithful to the original text, but Luhrmann actually updates the play with some clever touches. The famous prologue is now read by a news anchor and the frenetic montage that accompanies it resembles a trailer more than anything else, surely the perfect modern equivalent to a theatrical prologue. One of Luhrmann’s slyest moves is introducing his key cast with freeze-frames and titles, welcoming a younger audience via soap opera stylings. It may feel alienating for viewers more familiar with traditional Shakespeare, but say what you like about it, it’s word-perfect to the original text.

Luhrmann takes the same ethos into his opening scene, updating a petty altercation about “biting your thumb” at someone into a full-on turf war shoot out at a petrol station. He may not be bound by a stage, but Luhrmann’s style is still very much theatrical. The performances are brash and energetic; the ideal context within which to place the duelling dynasties of Montague and Capulet. Borrowing cues from the spaghetti western genre, Luhrmann speeds up and slows down the action to squeeze every drop of tension from the scene. He uses every piece of cinematic language in his vocabulary; to do otherwise would be cutting off his nose to spite his face. Shakespeare may have been born a few hundred years too early for whip pans, but you can bet he’d be using every trick in the book if he were alive in 1996. 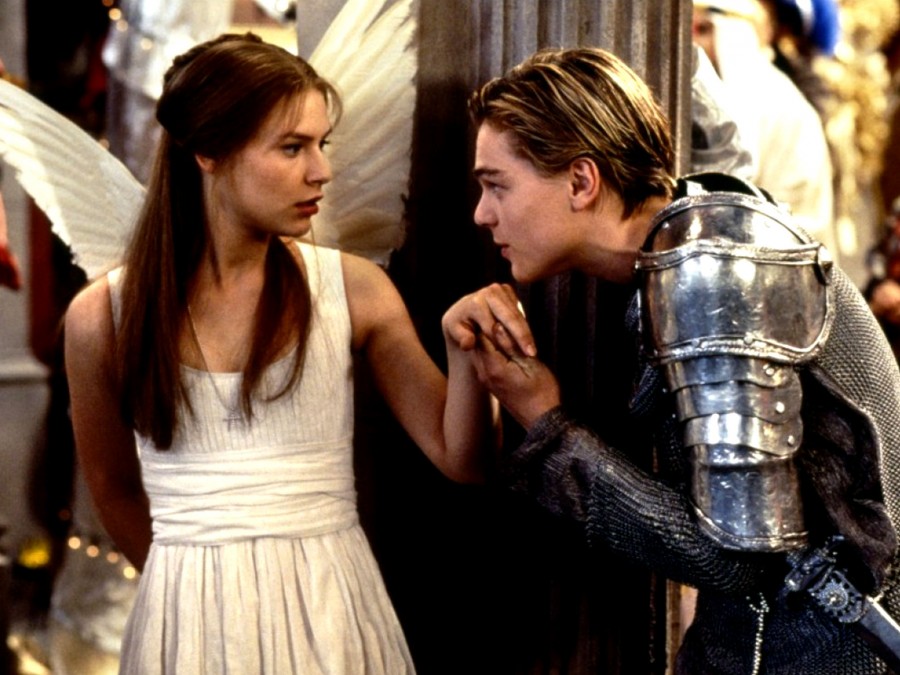 Shakespearean theatre may seem quaint to modern audiences, but in his day the Bard was a pioneer of an exciting new artistic medium. It was only three years after Shakespeare’s birth that the first permanent English theatre, the Red Lion, opened in 1567. At that point, theatre was the pinnacle of populist entertainment, typically performed in inn courtyards, and Shakespeare was at the cutting-edge of his craft. In that context, it seems only right to approach adapting his work with a modern mindset.

Luhrmann cast his film with the same attitude, ending up with a group of young actors who wouldn’t look out of place in a teen drama. In the leads there’s Leonardo DiCaprio, only 22 at the time but with an Oscar nomination already under his belt, and Clare Danes, best known at the time for her role in the TV show My So-Called Life. And though he only features in the minor role of Paris, the presence of Paul Rudd points to Romeo + Juliet’s teen credentials.

The blocking of key moments borrows the visual shorthand of the teen drama genre, too. The famous balcony scene is transposed to the poolside balcony of the Capulet mansion, a location straight out of the 90210 playbook. Far from cheapening the value of Shakespeare’s famous play, these changes shape it perfectly for the young audiences it most deeply resonates with. Full of literary brilliance it may be, it’s important to remember that ‘Romeo and Juliet’ is above all a tale of two hopelessly devoted kids who fall in love.

More to the point, who’s to say dramatic genius and a teen audience are mutually exclusive? By taking the play’s themes at face value, and giving Shakespeare’s words the respect they deserve, Luhrmann gave himself the freedom to radically reinvent the original text. The result is a modern masterpiece that embodies Shakespeare’s vision for the play more fully than any other adaptation before or since.