How Raw channels the bloody coming of age of Ginger Snaps

Both films express a uniquely female concern through visceral imagery. 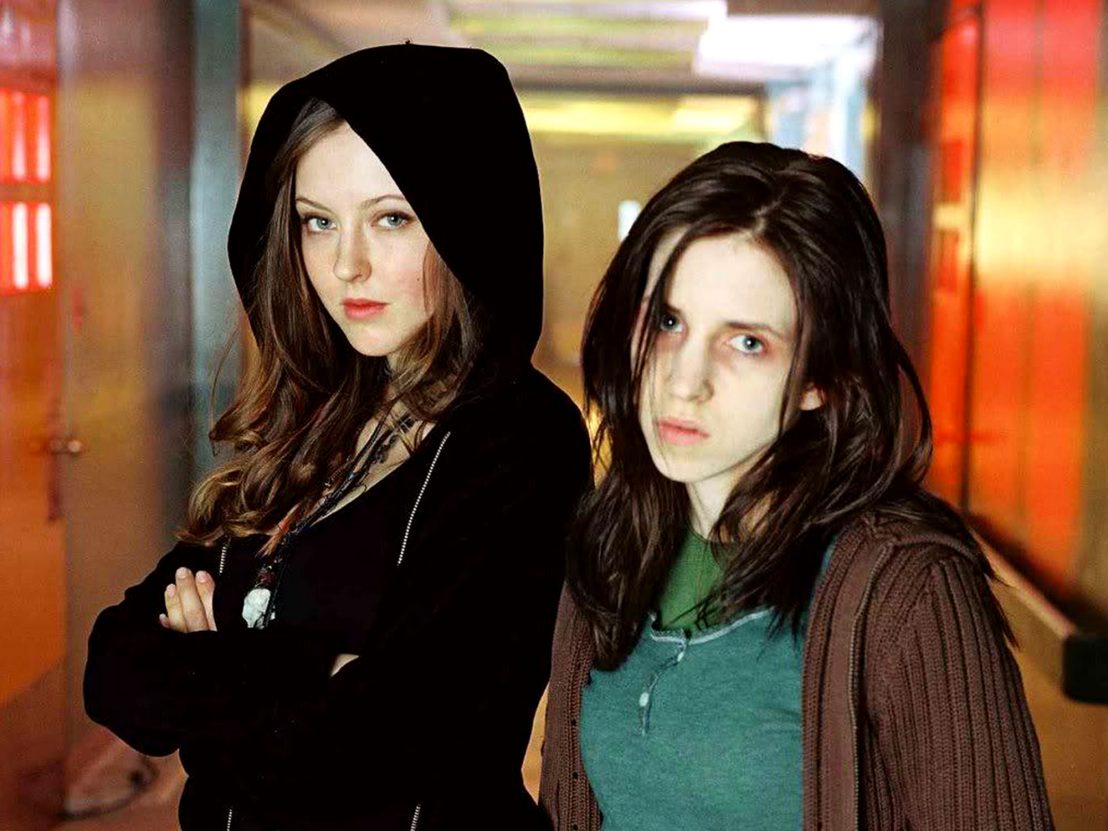 “I’m sure it seems like a lot of blood. It’s a period!” explains a cheery school nurse to 15-year-old Ginger and her younger sister Brigitte. She goes on to explicitly explain how, “A thick, syrupy, voluminous discharge is not uncommon and to expect it every 28 days for the next 30 years.” The two teenage girls look completely distraught and flee from her office to come to terms with this news.

The reality that young women suddenly lose control of their bodies in such a gory fashion is beautifully handled with monstrous relish and copious buckets of bloody imagery in both Ginger Snaps (directed by John Fawcett and written by Karen Walton) and 16 years later in Julia Ducournau’s debut feature Raw.

Ginger Snaps gleefully plays with the female coming-of-age experience in all its horrific splendour via Ginger’s lycanthropic transformation, which acts as a metaphor for the mood swings, desires and extreme body changes teenage girls go through. Similarly there is plenty of bloody imagery in Raw, which tells the story of vegetarian Justine’s first year of veterinary college, where she is forced to eat a raw rabbit kidney by her older sister, Alexia, as part of a cruel hazing ritual. Both Ginger and Justine develop insatiable appetites for flesh and their frightening and perplexing passages into womanhood feel perfectly placed in the horror genre.

The sisterly bond is truly tested in both films with the girls’ competitive streaks taking over and leading to brutal brawls. Justine has a rage fuelled punch-up with Alexia in front of the entire campus after the realisation that she has turned into everything she feared and been outed. Brigitte does everything she can in order to cure Ginger but she is so shocked at her behaviour and so afraid of becoming like her that it all ends in bloody disaster.

Before being broken down the sibling relationships are instructive. Brigitte is completely freaked out by the things she witnesses in the bathroom such as the sprouting of hair from unexpected places and Ginger’s discarded razors filled with furry bits. Alexia teaches Justine about waxing her bikini line in a gloriously gross scene. As body parts fly through the air, Justine’s reaction delivers a splendid rejection of convention. The sanctity of the girls’ bathroom in both films provides a safe space away from men and is a wonderful portrayal of how some young women only feel comfortable revealing truths about their coming of age in private places.

The idea that young girls on the cusp of adulthood struggle with the fact that they will one day have to act a certain way to attract those they thirst for follows a similar pattern in both films. Ginger and Justine change the way they dress and enjoy the attention it brings them. They experiment with the opposite sex and own their sexual encounters by unapologetically tearing into the bodies of the young men they crave.

The first year of college can be a complete mind fuck and Ducournau ably translates that mood with woozy, booze-fuelled parties and scary initiation processes. When Justine makes the move away from home she begins to question the values her guardians have instilled in her. Raised in a strict vegetarian household Justine is surprised to see her older sister wildly flout their beliefs. Justine has a terrible reaction to meat at first, she vomits and her skin flares up but after a visit to the campus doctor she is seduced by the suggestion of a fasting diet. The chain-smoking medic also spins a yarn about a fat girl she once treated who disappeared into herself so afraid of the judgement on her body by those around her.

Body image plays a huge part in Justine and Ginger’s coming of age. The campus doctor’s story cements the idea that girls are supposed to look a certain way. Eating is viewed in a massively negative light and is something to do in the shadows. Justine stuffs raw chicken in her mouth as secret midnight snacks and goes on clandestine kebab runs with her roommate. After Ginger is mauled by a werewolf she starts to devour dogs and spends her time over the toilet bowl vomiting her guts up.

By the end of the film Ginger explains how good it feels to let go of acceptable behaviour and gobble up sinewy muscle, while in Raw Justine learns to embrace her animalistic urges. Both girls angrily attempt to take control back after they are taught to be ashamed and keep quiet about their pain.