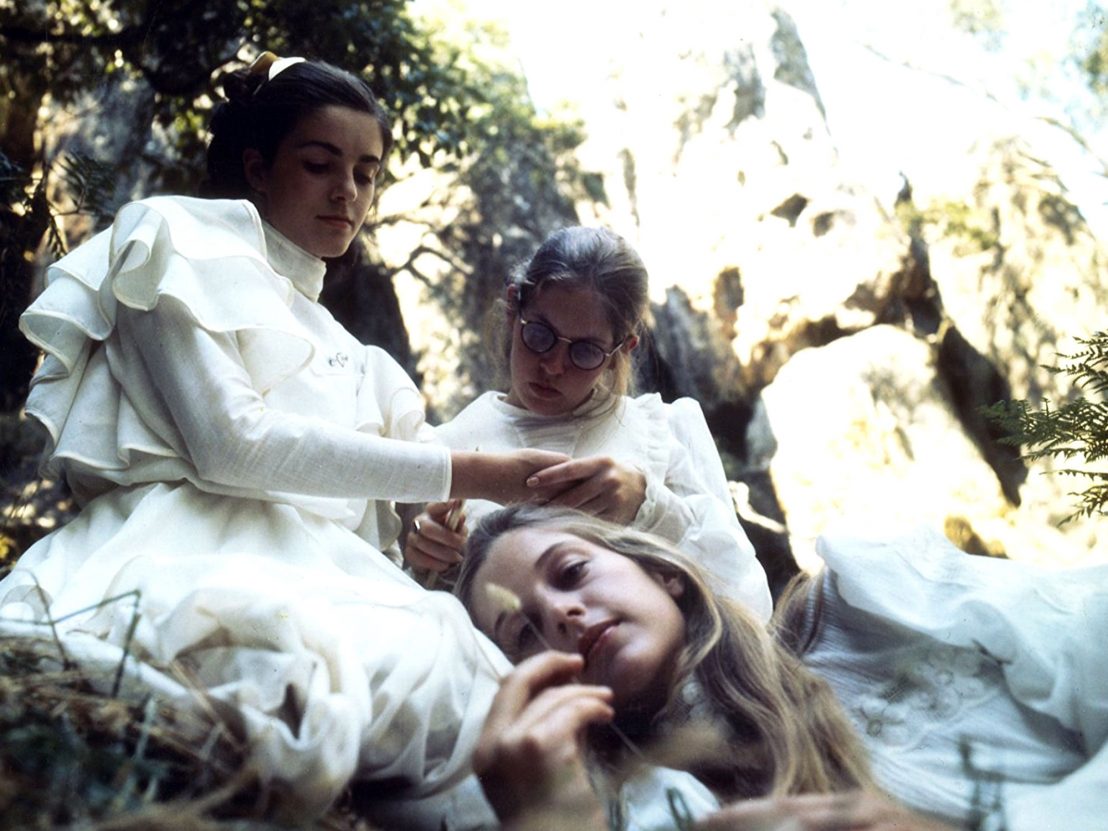 Strange coincidences were a prominent feature of Joan Lindsay’s life. She couldn’t wear a watch, because they stopped around her. She had visions and vivid dreams – one of which revealed itself over a series of consecutive nights: on Valentine’s Day, the pupils of an exclusive female boarding school go on a summer picnic in the Australian bush. Four schoolgirls leave the grounds to explore the area, but only two return. The others disappear without a trace. Lindsay immediately set her dream to paper, and two weeks later, her novel ‘Picnic at Hanging Rock’ was complete.

The book was well received. Editor Sandra Forbes wrote back to Lindsay: “I really enjoyed reading this, it seems to have the right blend of ‘truth” and fiction. There was just one thing. Might the story benefit from a little more ambiguity?’” She suggested deleting the final chapter. Joan consented, and chapter 18 was removed.

It proved an astute choice. ‘Picnic at Hanging Rock’ became one Australia’s most treasured novels, a success that owed much to its blend of dark nostalgia and a haunting mystery that goes unsolved. The omission of chapter 18 not only fuelled the interest surrounding the novel, but became the foundation upon which the Australian film industry built itself. As Lindsay’s literary agent John Taylor later admitted, “It is highly unlikely that there would have been a rush to buy the film rights in 1972 if chapter 18 had not been deleted. As anyone can see, the chapter is quite unfilmable.”

Thousands begged to know the answer to the mystery, but for the sake of her publishers and the filmmakers Lindsay remained quiet. And on 4 February, 1975, filming began – using a script that stayed true to the novel, minus its secret final chapter. The film’s producer, Patricia Lovell, instantly felt uneasy in the vast, ancient landscape, adding: “All our watches seemed to be playing up. Mine stopped at 6pm on the rock… to ask the time became quite a joke.”

The film was an international box office hit. Adored by audiences and critics alike, it marked a milestone in Australian cinema. Its success was partly down to the fact it was so deeply rooted in British-Australian culture. Produced, written, directed by and starring Australians, it dealt with the mythology of the landscape and the gulf between its inhabitants’ European-Victorian values and their mysterious new home. Its sun-dappled lighting and warm, lush hues belied the film’s delicately chilling core, while the mysterious ending – or lack thereof – left a question mark that lingered in the viewer’s mind, exactly as the novel had done so a decade before.

Director Peter Weir was big on detail. According to the National Film and Sound Archive of Australia, the butterfly belt buckle on Miranda’s dress was chosen because, like a butterfly, her life is beautiful yet brief. The headmistress’ rigidly-sculpted hairstyle and heavy, dark-coloured clothes implied Victorian repression, whereas the layered chiffon of the girls’ dresses was intended to evoke impulsive sensuality and transitory beauty. Yet despite this detailed symbolism, what endures above all is the film’s dream-like atmosphere. The story is not a mathematical sum to be worked out; it’s about a feeling.

The slow-motion, double-exposure shots of Miranda climbing the rock, combined with the ethereal panpipe soundtrack, whispering voices and chittering cicadas mesmerise and lead the spectator away from the possibility of a solution. Traditional narrative eventually peters out, giving way to a hypnotic, oppressively lush sensuality that forces the viewer to submit to the spectacle, rather than analyse its logic. In a 1976 interview with Sight & Sound, Weir revealed: “I could have placed more emphasis on the outpost of Empire in the bush, the invaders in an alien landscape, the repressive nature of this little piece of Empire; but as the atmosphere resulting from the disappearances became my central interest, these themes disappeared from view.”

It’s easy to lose yourself in the story’s mythology as facts and fiction melt into each other, resisting interpretation. There are no prime suspects; no witnesses or alibis. Neither book nor film delve into who did what beyond a series of police interviews that only highlight the hopelessness of the search. A scrap of embroidered lace clinging to a rock. Discarded stockings that remain undiscovered. Stopped watches and watching animals. Forgotten encounters among the dusty boulders, and the author’s insistence that the story just came to her in in her sleep. Each suggestive fragment sits alone. Nothing connects, and clues peter out into nothingness, elusive as a fading dream.

Lindsay eventually decided that chapter 18 should be published posthumously in response to the onslaught of enquiries demanding to know the answer to the novel’s mystery – and in 1987, three years after her death, the chapter was finally published as ‘The Secret of Hanging Rock’.

Perhaps unsurprisingly, rather than closing the mystery, it opens up another, deeper one: the last chapter sees the missing mathematics mistress reappear, a semi-clothed ‘clown-woman’ who the girls don’t seem to recognise as their teacher. She speaks in prophetic statements, then transforms herself into a crab and enters a time warp. Two girls willingly follow her into the portal, one remains and returns to the school with no recollection of the fateful afternoon.

Whether or not the film would have benefitted from a supernatural ending is hard to say. Weir’s treatment of the atmosphere of the place certainly opens the film to an otherworldly slant. But in a 2006 interview, the director admitted that even he had no knowledge of the contents of chapter 18. “[Lindsay] wouldn’t tell me. But it’s what I love about it. I’d hate to know really in a way, to have some sort of neat answer to what happened – you know, if she fell down a hole or something.”

Lindsay was always surprised at the amount of time and thought people invested in explaining the mysteries within her novel. That people were driven to write floods of letters demanding to know the answer, even writing their own theories in an attempt to uncover a solution. But when the book is put down and the cameras have stopped rolling, all that’s left is how deeply the experience is embedded in your memory.

And as Picnic at Hanging Rock proves, an unresolved mystery lingers because you’re given the freedom to make it your own; to use the silences to form your own answers, and to continue wondering what happened long after the words and pictures have disappeared.