The power of painful stories in Hannah Gadsby’s Nanette

In her new Netflix special, the Australian comic refuses to play by the rules of stand-up comedy. 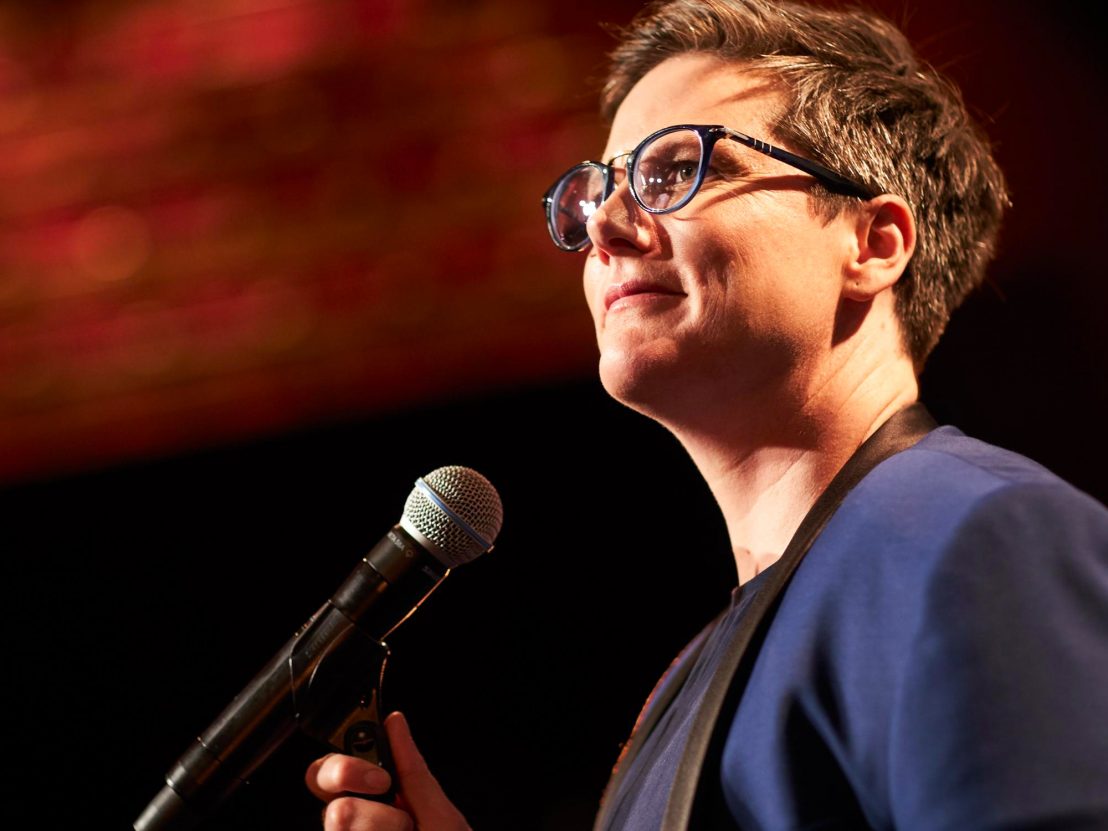 Women grow up afraid. From the second we’re old enough to understand the outside world, we’re taught that it wants to harm us. We’re taught to not dress too provocatively (or too conservatively, or too masculinely) or to say anything that might make a man want to hurt us. We’re taught to bow our heads and behave.

Every woman has a story about this fear – about curling her keys in her fist as she walks home alone at night, about worrying about the length of her skirt or worrying that she doesn’t want to wear a skirt and this makes her incorrectly female, about being called ‘frigid’ or ‘dyke’ because she doesn’t want to have sex. For centuries it’s been this way – even in the wake of #MeToo, the light at the end of the tunnel sometimes still seems far away.

Australian comedian Hannah Gadsby is tired of being afraid. She’s tired of being angry too. In Nanette, she uses the familiar format of a Netflix comedy special to tell her powerful story, and to remind women everywhere that they have a story too.

The startling thing about Nanette is that the first half is fairly unremarkable. Gadsby – who is openly gay – talks about growing up in a small, close-minded community in mid-’90s Tasmania, where her sexuality and appearance marked her as different. Describing the sentiment as, “Gays, why don’t you just pack up your AIDS in a suitcase, and fuck off to Mardi Gras,” Gadsby reveals to her audience that homosexuality was a crime in Tasmania until 1997. “Not long enough ago.” The jokes are funny though not particularly groundbreaking – a sort of perfunctory look at being a queer woman, sanitised for a predominantly straight audience.

Around the 30-minute mark, Gadsby begins to talk about the crucial components of her comedy: tension and release. By making jokes about topics which the audience might find uncomfortable – such as her sexuality and the pain she has suffered as a result of it, be it through her own internalisation of rhetoric around homosexuality, or the reaction of others two her – she creates tension among the audience. “I make you all tense and then I make you laugh, and you’re like, ‘Thanks for that. I was feeling a bit tense’.”

She asks, “Do you know why I’m such a funny fucker? It’s because I’ve been learning the art of tension diffusion since I was a children [sic]. Back then it wasn’t a job, it wasn’t even a hobby. It was a survival tactic. I didn’t have to invent the tension – I was the tension. And I’m tired of tension. Tension is making me sick. It is time I stopped comedy.” It’s in this moment that Gadsby transforms her comedy special into a different animal.

Speaking about her Art History degree (“My CV is pretty much a cock and balls drawn under a fax number”), she describes how women have historically been seen as objects, worth something only in relation to men – but more crucially, her disillusionment with how comedy deals with the real world. “Do you know who used to be an easy punchline? Monica Lewinsky. Maybe if comedians had done their job properly, and made fun of the man who abused his power, then perhaps we might have had a middle-aged woman in the White House with an appropriate amount of experience instead of, as we do, a man who openly admitted to sexually assaulting vulnerable young women because he could.” 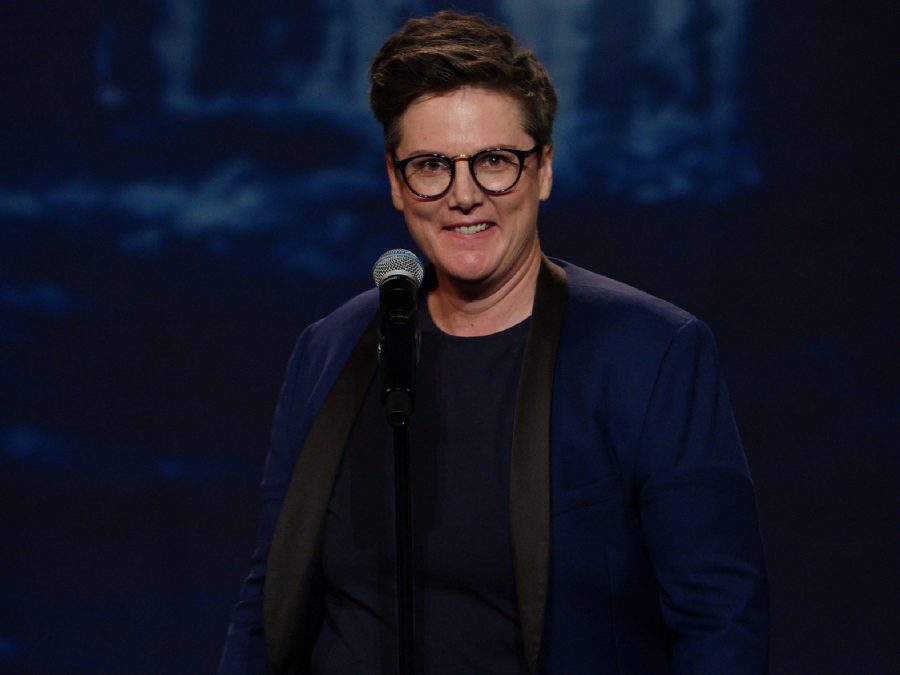 Stand-up comedy has always existed to confront the worst things about humanity, from Dick Gregory on racism to Ali Wong’s recent confrontation of misogyny early this year in Baby Cobra. In 2016, The Atlantic suggested that, “The best jokes take something awful and make it silly. Go purely light-hearted and you risk being toothless. Too edgy, and […] you’ll make people uncomfortable.” But Gadsby is tired of censoring her own pain for the sake of making audiences feel comfortable. Nanette is a testament to this. It’s time to make audiences feel uncomfortable in order to wake them up.

When Gadsby calls out the complacency of society, she namechecks a list of powerful abusers: Donald Trump, Pablo Picasso, Harvey Weinstein, Bill Cosby, Woody Allen, Roman Polanski. “These men are not exceptions,” she says, “they are the rule. They are not individuals – they are our stories. And the moral of our story is, ‘We don’t give a shit. We don’t give a fuck about women or children. We only care about a man’s reputation.’ What about his humanity?”

In her delivery, Gadsby’s voice cracks, and she seems to be on the verge of tears. Her palpable anger comes from a painful place – she returns to a joke from earlier in her set, about a confrontation she had in a car park with a man who thought she was flirting with his girlfriend, and tells the truth behind the comedy bit – the man attacked her. That’s not funny, though – and it speaks to the way in which women mine our most painful experiences and sanitise them to try and get past them, laughing because it’s easier than confronting the awful reality. Gadsby refuses to play that game anymore.

Nanette is an exercise in honest storytelling as much as it is a sharp skewering of Western society’s entrenched misogyny and homophobia, in which Gadsby’s anger is a catalyst. “What I would have done to have heard a story like mine,” she laments. “To feel less alone. To feel connected.” Women are so rarely allowed to be angry in our culture (after all, where did the word ‘hysteric’ come from?) and in unleashing her rage at the misogyny and homophobia which has impacted upon her life, Gadsby forces her audience to sit up and pay attention.

Silence follows. “This tension? It’s yours. I am not helping you anymore. You need to learn what this feels like, because this tension is what not-normals carry inside of them all of the time, because it is dangerous to be different.” It’s 2018, and Gadsby is bang on. For all the laughter, all the jokes, homophobia, racism and misogyny are still rampant within society. And the pain? The pain of being different or feeling like something is wrong with you? That doesn’t go away because you can laugh about it.

But far from being a rallying cry for the angry, Gadsby points out that “Anger, even if it’s connected to laughter, will not relieve tension. Anger is a tension.” It’s not enough to be angry. In fact, as Gadsby points out, anger ultimately only leads to hate. And comedy? Comedy can’t heal us either. “Laughter is not our medicine,” says Gadsby. “Stories hold our cure.”

Every woman has a story. Every person who’s ever been told there’s something wrong with them has a story. I have a story, and for so long I tried, like Hannah Gadsby, to paper over the cracks in that delicate facade with laughter and anger and drinking and drugs and anything that offered a tiny moment of relief from the pain. But as Gadsby says, “There is nothing stronger than a broken woman who has rebuilt herself.” Nanette is a powerful, pertinent testament to this, and beyond calling bullshit on the abuse that is so entrenched within our society, has the power to make us feel less alone. 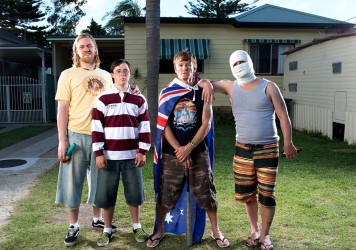