Having been unavailable on any format for the best part of 30 years, John Waters’ gloriously grotesque second feature is finally coming to the UK. From 17 February you’ll be able to watch the full, un-cut, newly restored version of the Pope of Trash’s infamous 1970 film at cinemas across the country.

Starring Waters’ regular cast, the Dreamlanders (including Divine, David Lochary, Mary Vivian Pearce, Mink Stole, Edith Massey, Cookie Mueller), Multiple Maniacs is a dangerously depraved, joyously anarchist masterwork from an artist who has relished pushing the limits of taste during his career. We spoke to Waters recently for our latest print edition, which you can buy here. It’s an unmissable chat with a true pioneer of American counterculture.

If you do happen to miss this rare opportunity to catch Multiple Maniacs on the big screen, it might interest you to know that the film is also being released on Blu-ray on 20 March courtesy of The Criterion Collection. 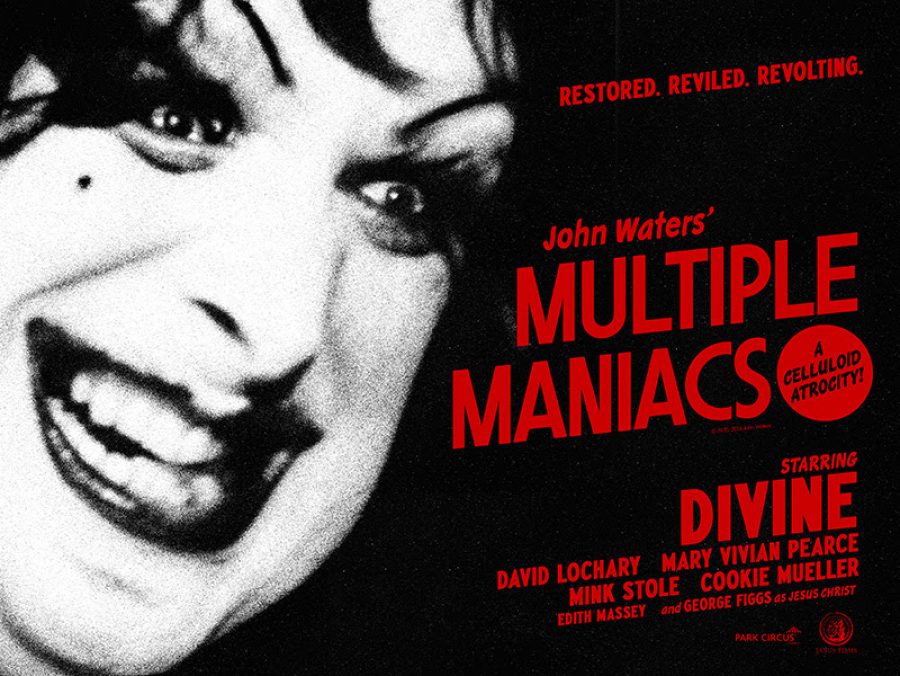