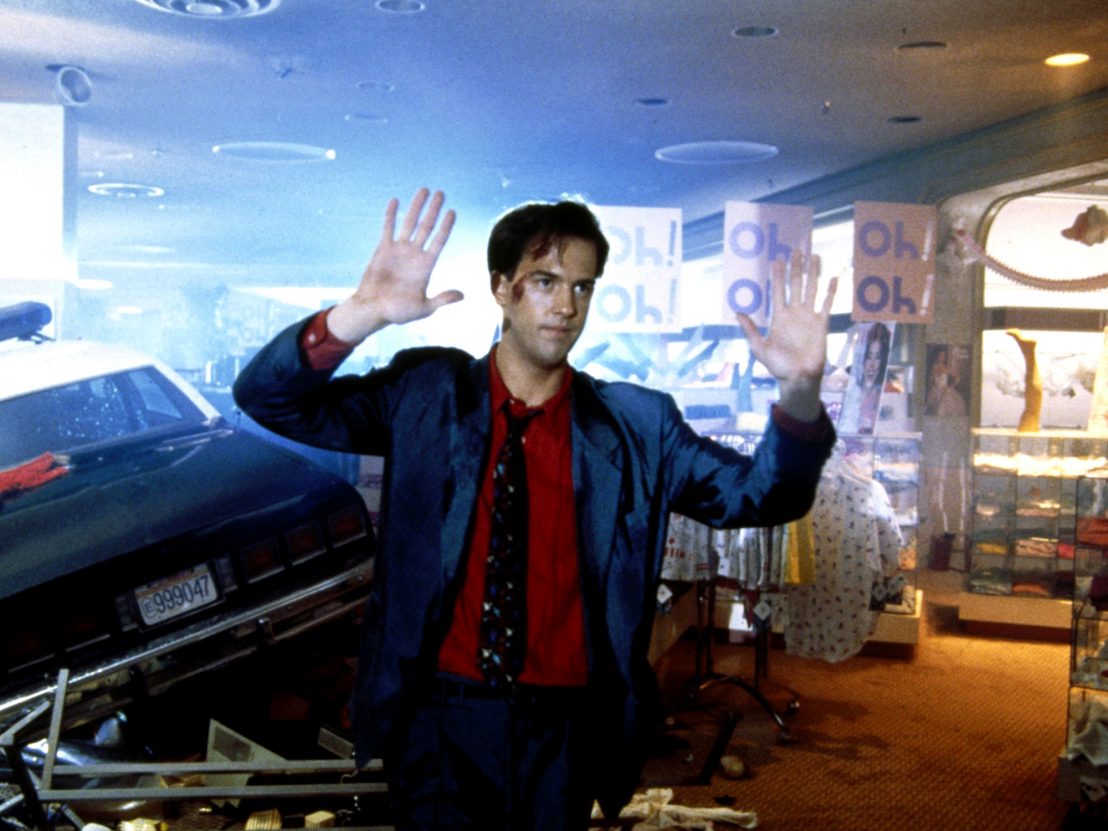 Miracle Mile is championed by devoted fans, but has escaped being lumped in with other sci-fi films from the 1980s. That uniqueness is what has made it a true cult film. It hinges on one of the most startling tonal switches ever captured on screen. Charlie Brooker perfectly summed it up by saying the film “starts out as a twee rom-com in which a nerdy musician and a waitress meet and fall in love in downtown LA – until a wrong-number call informs them that a nuclear war has broken out, with Soviet missiles due to hit the city in 70 minutes.”

Director Steve De Jarnatt often jokes before retrospective screenings of the film to that it’s a “nice John Hughes romantic comedy,” and the film certainly has that vibe – until suddenly everything changes. This effect was intensified by the casting of Anthony Edwards and Mare Winningham, who were both staples of ’80s teen films.

The cast is excellent, with Anthony Edwards in particular never better. Nicolas Cage came close to landing the role, and given his performances in other ’80s films, you can see how he could’ve done it. However, going with Edwards gave the film more grounding. According to De Jarnatt, Cage wanted to replicate his performance in Peggy Sue Got Married, which would have given it quite a different feel. There’s a strong supporting cast featuring faces familiar from many ’80s cult films, including Eddie Bunker, who shows up using a shotgun (something he already knew how to do, of course.) Winningham and Edwards had natural chemistry, and ended up becoming a real-life couple.

It was the second and last film to be directed by De Jarnatt. After being attached to many development projects that never panned out, he later worked exclusively in TV. In recent years, De Jarnatt has concentrated on writing short fiction. His Hitchcock influence (De Jarnatt’s first professional directing job was the pilot for the ’80s revival of Alfred Hitchcock Presents, and he did a solid remake of the iconic Man from the South) is easy to spot in Miracle Mile. Like most Hitchcock films, it’s about an everyman faced with the unexpected; and the radical shift in tone hearkens back to Psycho, where the switch flipped when Janet Leigh gets a surprise in the shower.

It was a project from the heart for De Jarnatt, who after 10 years of planning had just seven weeks to actually shoot the highly ambitious film. It was completed entirely at night, with lots of crazy tracking shots. When Edwards’ character Harry is trying to cross over the traffic jam at the end, it’s one of the greatest scenes of crazed desperation ever. The tension is definitely helped by Tangerine Dream’s score, which was one of their best film music contributions. Their Sorcerer score was often used as a temp score by ’80s filmmakers, and De Jarnatt approached them after hearing it many times.

The film remains one of the most realistic depictions of nuclear war and the chaos that would ensue, wrapped up in a Los Angeles love story. And as the director always says after a retrospective screening, the threat is more prevalent now than then.