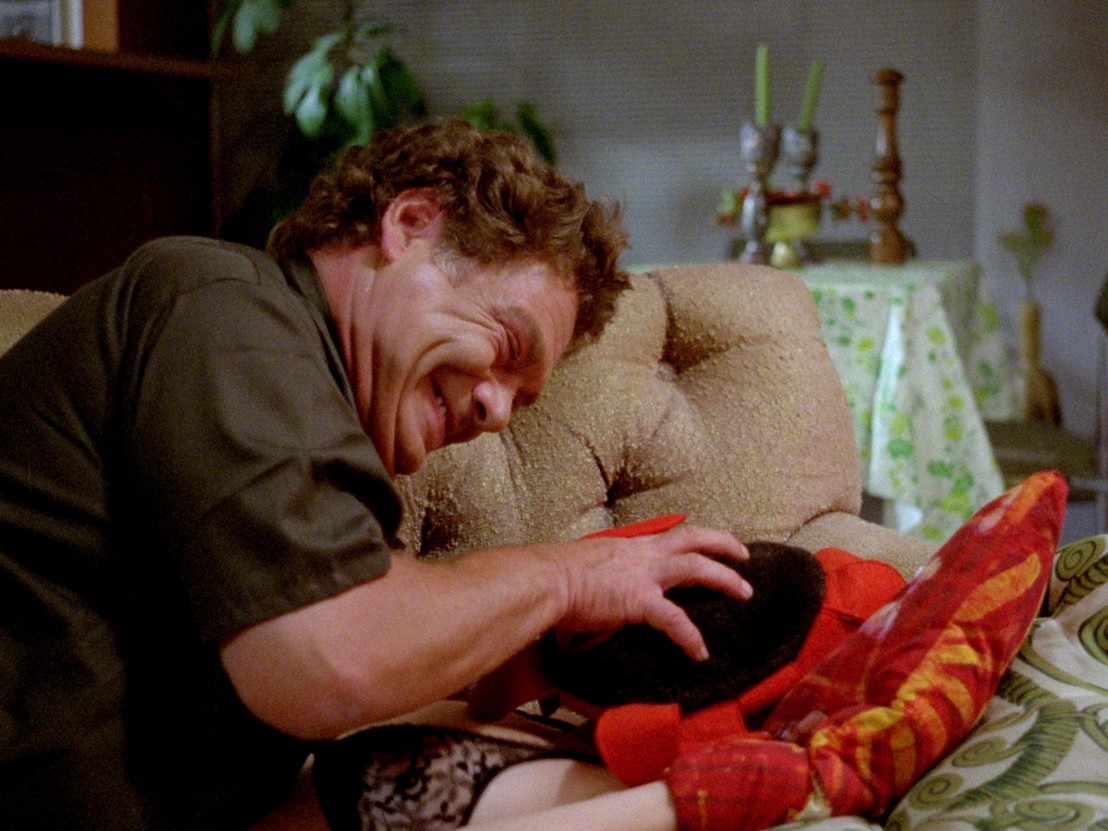 It is hardly surprising that tits and ass feature so prominently in ’80s horrors. After all, the slasher – that most ’80s of subgenres – is focused upon young co-eds’ rites of passage, with their nubile flesh serving as the visas for an often terrifying entry into adulthood.

T&A are also prominent right from the beginning of Wayne Berwick’s Microwave Massacre, which opens with close-up tracking shots of a young woman’s heaving cleavage and wiggling bottom as she walks towards a building site – and soon all that the builders within can see of her, as she is taken from behind by a passerby while peeking through a knothole in the site’s fence, is her bared breasts protruding through the aperture. In what might as well be a scenario from a softcore comedy, two of the randy young builders race forward for a closer look (and an attempted grope), but a third is left behind.

This is Donald (Jackie Vernon) – middle-aged, hangdog, and far more preoccupied with the bizarre ‘gourmet’ sandwich that his wife May (Claire Ginsberg) has packed for him than with the woman at the fence. Donald is to be our unlikely protagonist – and if the film’s opening objectifies that woman, reducing her to her meaty parts, that is what Donald will soon be doing in a rather different way to practically every woman who crosses his path.

Donald, you see, is a man of simple tastes, and out of step with his times. A working class Andy Capp figure who arrives home tipsy every night from the pub to be scolded by his nagging wife, his problems are emblematised by the new-fangled microwave oven that May has purchased. For while she keeps preparing him exotic lunches and dinners, he would prefer a basic baloney sandwich – and following one of their frequent arguments over food and (lack of) sex, he drunkenly kills her. After slow-broiling and slicing May’s corpse and storing the parts in the fridge, Donald realises that eating her is not only a good way to hide the evidence, but also yields “something tender and easy to prepare with a minimum of effort.” And his oblivious workmates like eating it too.

Having violently separated himself from a loveless, sexless marriage that lasted decades, Donald realises for the first time that he likes to have his women and eat them too – and so embarks on a spree of carnal culinary killing, little suspecting that the microwave which has become his most important kitchen tool might also, ironically, prove the death of a senescent man like himself.

Vernon was best known as a deadpan comedian, and here, in what was to be his last movie appearance (he died in 1987), he constantly cracks wise with gags that could have come straight from the Borscht Belt – and from a bygone era. It is just part of what is so discomfiting about this tone-deaf, misogynistic weirdfest, where rape can be the punchline to a joke, where female characters are literally fridged or closeted, and where the prostitute Dee Dee Dee (Lou Ann Webber) explains her name thus: “My mother wanted to call me Delia, but she stuttered. Hey, have you ever screwed in 3D?” Meanwhile, even Donald is slightly freaked out by the oversexed “very strange lady” (Karen Marshall) living next door who, when not engaged in threesomes, uses a vibrator as a gardening tool.

There really are lots of tits and ass in Microwave Massacre – and its female characters are constantly treated as mere meat to be consumed by men like Donald (and of course ogled by the viewer). Yet while now we may laugh ‘ironically’ at the sheer clunkiness of an early microwave, big enough to contain a full human cadaver, ageing Donald would have struck even ’80s audiences as being a throwback and a dinosaur, making it difficult to sort through the different fossil layers buried in this film, even if digging with a dildo. This is nostalgia at its most wrong, but also, for those of a certain mindset, it might prove a lost treasure from the trash – like the woman’s arm that a passing bum finds in Donald’s rubbish bin, and repurposes as a crotch- and back-scratcher.

Microwave Massacre is released on Dual Format DVD/Blu-ray by Arrow on 15 August. 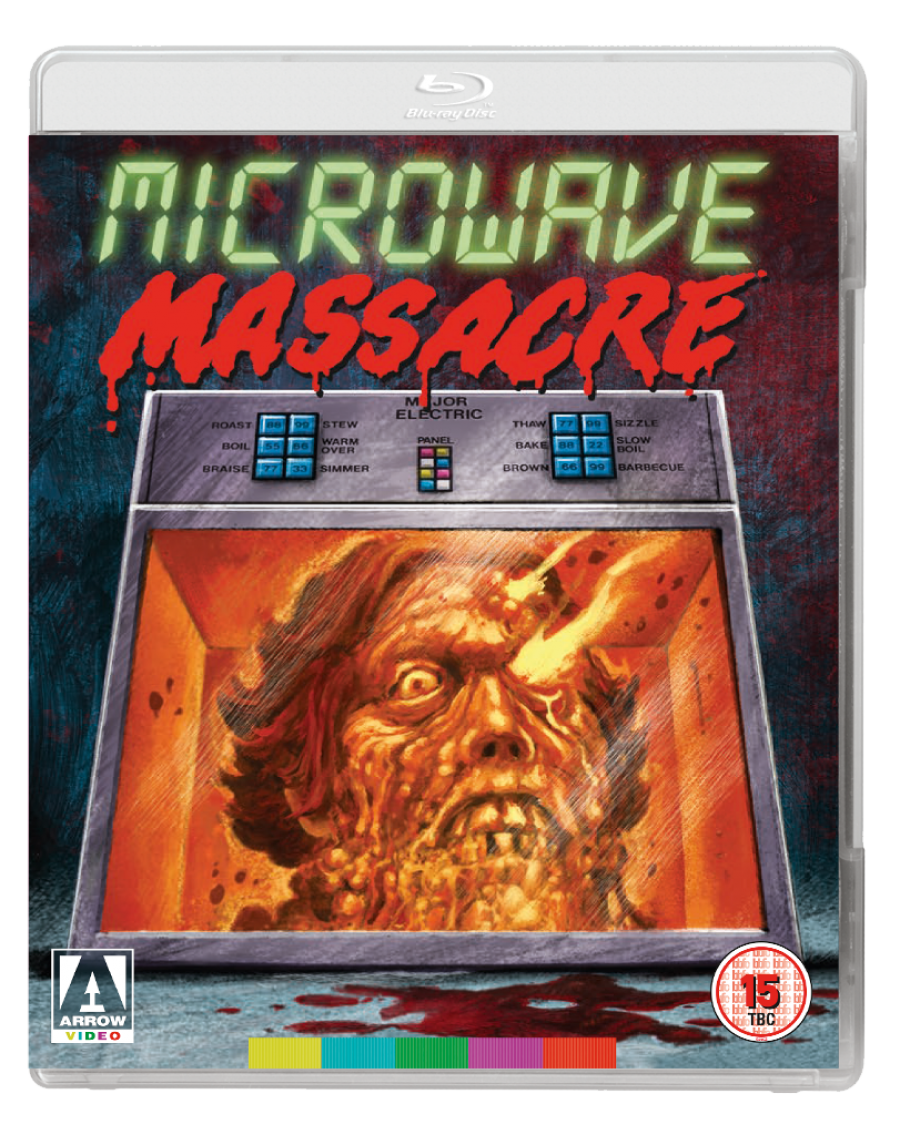 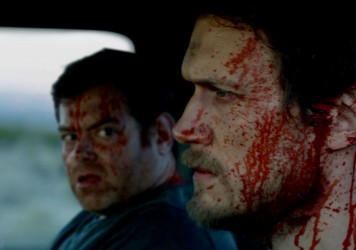