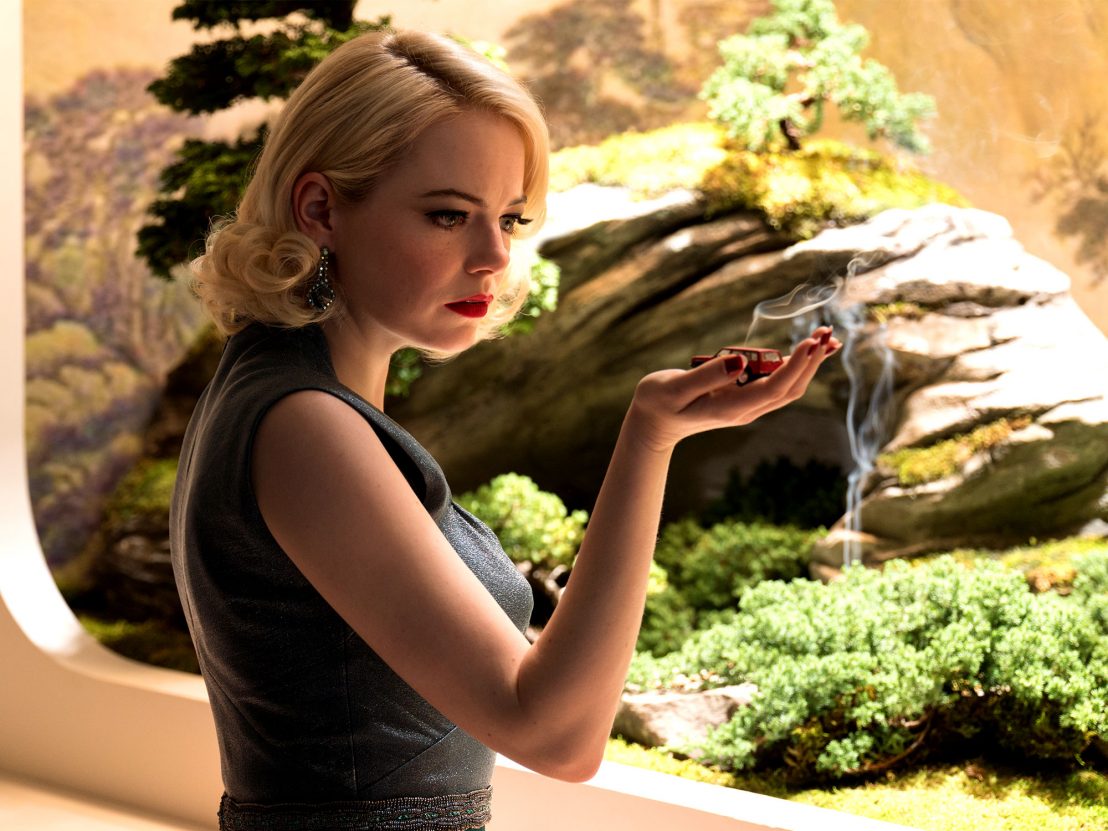 At times it is hard to distinguish whether a big flashy show that relies on mind-boggling story lines and sheer weirdness is mysterious and puzzling for the pure sake of being puzzling, or whether there really is a profound message beneath convoluted episodes and unsolved riddles. Our current age of TV fandom has bred a new generation of fanatics eager to chase answers to questions that may or may not have been posed, as it offers them a form of escapism from a society that can no longer be explained.

Based on the first three episodes of Cary Fukunaga’s latest Netflix venture, Maniac, it would have been easy to assume that it falls into the category of shows that gets lost in its own confusion. Once you push past the story’s set-up, however, Maniac opens its audience up to a multi-layered viewing experience that skips back and forth between genres – from pure sci-fi to drama to black comedy and fantasy – without losing track of what truly drives this manic storyline: its characters.

The show follows Annie (Emma Stone) and Owen (Jonah Hill), two strangers desperately trying to come to terms with past traumas that have left them both in vulnerable mental states. Initially, Fukunaga and writer Patrick Sommerville allow us to explore the perimeters of the protagonists’ respective headspaces, without overloading us with the information they are feverishly seeking. What’s up with the purple koala playing chess in a seemingly normal New York park? And did the peculiar, inexplicably cute dog-poop-eating machine accidentally eat the chihuahua Annie is searching for? Are Owen’s “popcorn problems” real or a figment of his imagination? So many questions. And they don’t all need answers.

Much like Warren Ellis did in his cult comic, ‘Transmetropolitan’, Fukunaga throws his audience into a world that is a culture shock in and of itself. Neon billboards advertising ambiguous companies make up the city’s skyline, robots in all shapes and sizes – and, perhaps, even koala form – house the consciousness of humans who no longer want to participate in this society, and a questionable pharmaceutical company seems stuck in the past, with its staff sporting hairstyles and fashion we haven’t seen since the early eighties. It is at this company, Neberdine Pharmaceutical and Biotech, that Annie and Owen meet for the first time. 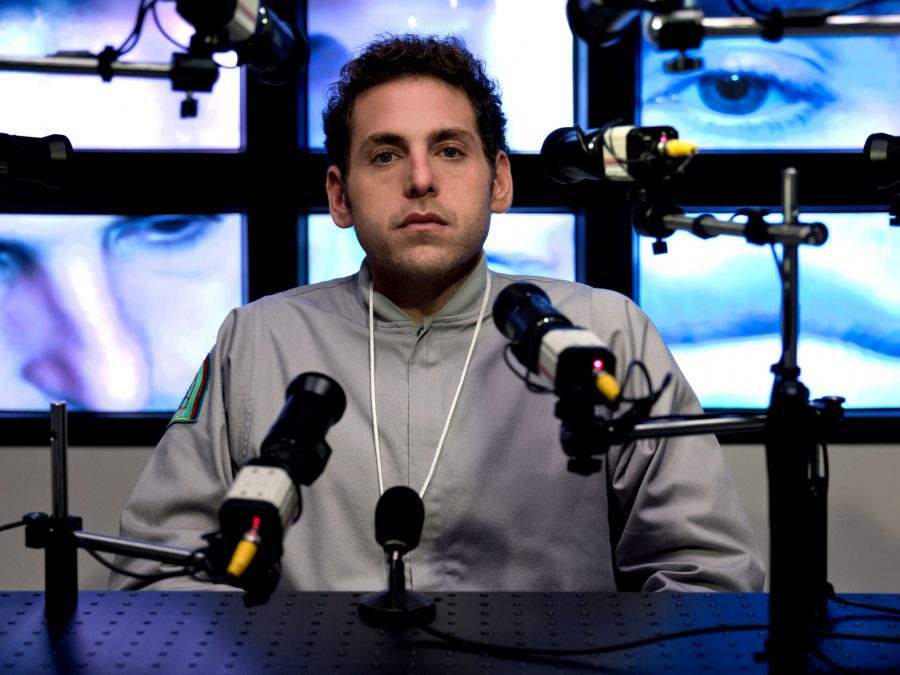 Annie and Owen have signed up for a three-day drug trial, the results of which are meant to permanently eradicate any form of mental illness and heartache experienced by the test subjects. The trial consists of three pills – A, B and C – that lead participants through three pivotal stages in a dreamlike state.

Owen, who suffers from paranoid schizophrenia, is convinced that Annie was sent to him by a brother he’s not sure exists and that, together, they are meant to uncover the pattern of the universe. Annie, on the other hand, has been using pill A to relive the experience of her sister’s traumatic death over and over again, addicted to the momentary illusion of being in her presence. Determined to take it to the next step, she manipulates a Neberdine receptionist through the “Buddy Service” – a modern day lonely hearts set up – to gain approval for the trial.

The trial is led by the neurotic Dr James Mantleray (Justin Theroux) and his chain-smoking assistant, Dr Fujita (Sonoya Mizuno). Having designed the massive computer that reads and analyses the data provided by the subjects’ brainwaves, and that is based on the consciousness of his own mother, renowned pop culture psychologist Dr Greta (Sally Field), he feels even more pressure for the trial to succeed. Unfortunately, the computer system now has its own emotional issues to work through and, given the nature of James’ complex relationship to Greta, the computer goes on revenge mode halfway through the final stages of the trial.

Exploring Black Mirror-esque realities and unique retro-futuristic visuals through the eyes of its main characters, Maniac manages to succeed where other shows fail miserably – finding the right balance between humour, drama and the absurdity of dreams. Stone and Hill shine in their roles, but the characters that ultimately set the tone of the series are Dr James Mantleray and Dr Fujita. Theroux, who thrives in mysterious settings such as those posed in HBO’s The Leftovers, brings his toupee-wearing, paraphiliac doctor with severe mommy issues to life with the type of crippling anxiety and man-child body language that is as unsettling as it is comical. Paired with Sonoya’s calm but equally eccentric Dr Fujita, they make for a nightmarish dream team, one we hope to see a lot more of in the future. 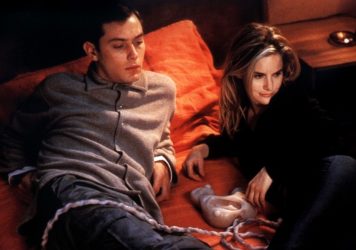 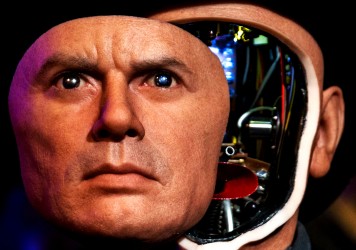