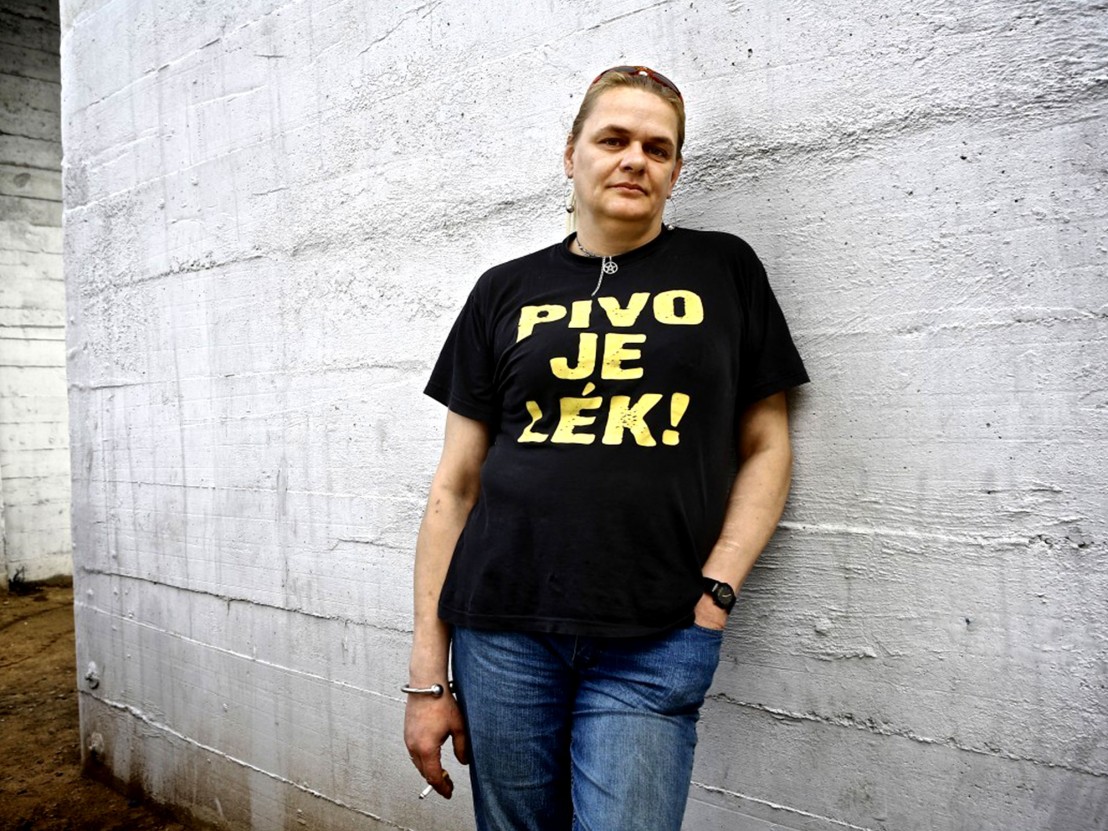 An amazing account of the emotional toll of living clean takes place 20 minutes into Helena Trestíková’s 13-year-spanning documentary. Mallory, the ex-heroin addict subject, explains the cosy bubble of being high, the anxieties of sobriety, and the longing the latter breeds for the former. She is sitting smoking at a street-side table in Prague – eight years clean and still bottom of the social barrel. Night has fallen and her features are dimly visible thanks to light from an off license across the road. She is crying but her voice is deep, soulful and clear.

There is a myth that if you do the responsible thing and quit your substance of choice, the gates to the promised land will open. Trestíková’s documentary shows that there is a whole line of dominoes that need to fall for a functioning quality of life to take the place of chaotic animal instincts. People don’t quit drugs and achieve immediate elevation. People quit drugs and become reacquainted with gaping needs, which triggers longing for a quick fix they can’t have: the numbing salve of chemical escape.

When Mallory cries, it’s out of frustration. She’s living in her boyfriend’s car, her son is in care, she feels too inferior to talk to colleagues in her under-the-counter service job and none of the bureaucrats in welfare are responding to her pleas for accommodation. On top of that, she feels the shame and suffering of her past and present to an almost crippling extent. You watch this scene and wonder how long her vulnerable psyche can survive without a break. You watch it and fully understand why she would now take heroin, even while praying that she won’t.

This is compassionate filmmaking at its most committed and powerful. Mallory lets the documentary go as deeply within her mental space as a needle once pierced her physically. We – the viewers – are in her bloodstream. Her receptiveness to being invaded suggests that having the opportunity to articulate her own narrative is transmitting some strength.

The miracle of this film is in its apt tension – the ‘will she, won’t she’ go back on the junk question – circles, sometimes from a distance, sometimes disturbingly close. It will never go away. Films that present addicts as transcendent of their past don’t understand addiction. Fear and anxiety are constant but they are not the only emotional colours, for as the narrative rolls out across years, a formidable and endearing character emerges. Mallory is built like a prize fighter. She is tall and broad-shouldered, to the point that she dwarfs the men in her life. Her features are at once sulky and stoic beneath a sweetly old-fashioned blonde mullet. She increasingly has the air of a beast of burden willing herself to trudge ever onwards.

A benefit of filming over a significant tranche of time is patterns emerge. Life goes in cycles. Humans suffer a temporary madness when a specific low is a constant, as this obliterates a sense of progress. Mallory’s lows are the loneliness that follows break-ups with men that have used her. When we see Mallory, ragged and devastated, having bean beaten by way of a goodbye from another wasteman, she is emotionally in pieces. Does this mean that she’s going to score? There is no social reward for an ex-addict for each time they resist the pull of past comfort, but the judgement is intense when they succumb. By bearing witness, this documentary is a tribute to each act of endurance.

This film would be unbearably bleak if there was no meaningful progress and it is not unbearably bleak. To say more, would be to spoil the revelation of what Mallory is able to achieve under her own steam, yet it is not in her character to be entirely free from outside influence. People take the place of drugs as mood determiners. Building her up (unsurprisingly), are her son, Krystof, and (surprisingly) popular Czech actor, Jiří Bartoška. Dragging her down are poor excuses for male partners.

It’s made very clear that you can escape one damaging dependency and replace it with another – because the power of need and desire are a constant. “I loved heroin as carnally as a woman can love a man,” says Mallory, looking back. When she switches to flesh and blood love interests, it’s not a revolutionary upgrade. You fear that Mallory’s searching heart means that she will persist in taking in ungrateful strays who end up attacking her. But you also hope that eventually Mallory will meet someone who sees what this documentary sees, and that she will then possess the emotional fulfilment that she has always craved.