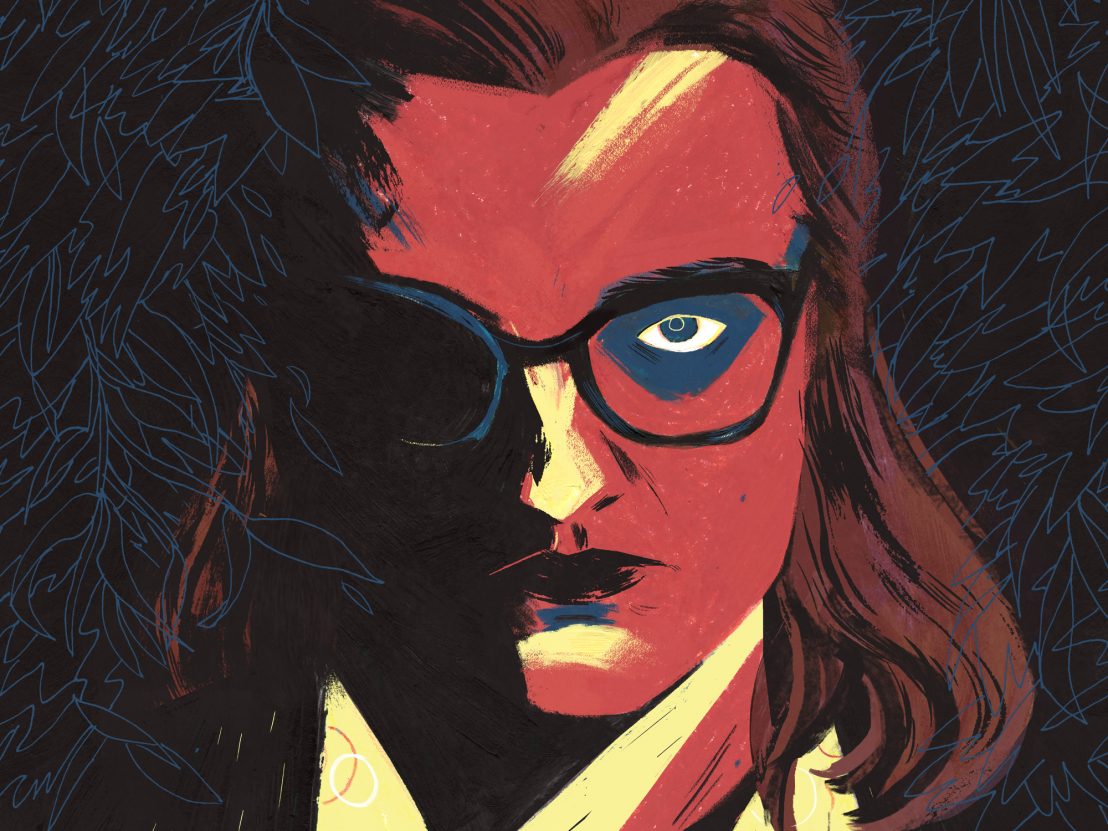 To be frank – the past six months have felt like a horror story. As much as the British government has tried to convince us we can battle Covid with a pinch of the ol’ Blitz spirit, living through a global pandemic is rough going. Even for those of us who haven’t been sick, grappling with this unprecedented period of confinement and disruption has been hard on our physical and mental health.

I saw my mum for the first time since March last week and it felt very strange not to be able to give her a hug. As we wandered around the (still fairly quiet) streets of Soho, I pointed out all the cinemas and screening rooms I haven’t set foot in since March. It wasn’t quite the ghost town of the spring, but in the autumn drizzle, things still looked fairly bleak.

But we do, at least, still have the movies. Back when Covid was still something most of us didn’t really know much about, I saw Josephine Decker’s Shirley at Sundance (the first and last festival of 2020 for me!) and fell under its spell. This beguiling psychodrama, inspired by Susan Scarf Merrell’s novel of the same name, takes inspiration from the life and work of American novelist Shirley Jackson, an uncompromising creative force who revolutionised the genre of horror and challenged perceptions about the place of female authors in literature. For my money: it’s one of the best films you’ll see all year.

The film – which is more fiction than fact – sees the incomparable Elisabeth Moss play Jackson, and Michael Stuhlbarg on wonderfully reprehensible form as her husband Stanley Hyman. The couple welcome newlyweds Fred and Rosie Nemser (Logan Lerman and Odessa Young) into their home as Fred takes up a teaching position alongside Stanley at the nearby Bennington College, but soon the couples’ lives become hopelessly entwined, and Shirley and Rosie develop a mutual fascination.

We’re delighted to bring you our tribute to this gorgeous beast of a film – but also, we’re delighted to be back more generally. When we produced and released our Food & Film issue, it was a scary time to be a print magazine dedicated to film (or scarier than usual, anyway).

Isip Xin’s evocative portrait of Elisabeth Moss as Shirley Jackson – created with pastels, paint, and digital elements – captures the witchy vibe of the film. Isip also illustrated the rather dreamy endpapers, featuring the Vermont home of Jackson and Hyman, and the woods that surround them.

Things still seem uncertain, but movies will be back, even if it takes a little while, and in putting together this new issue, we’ve been floored by the wealth of talent 2020 has to offer in spite of everything, not to mention the generosity of the folks we interviewed for this issue.

So we hope you enjoy discovering everything that the Shirley issue has to offer – and whether you’re a loyal subscriber or new to LWLies, thanks for supporting what we do. 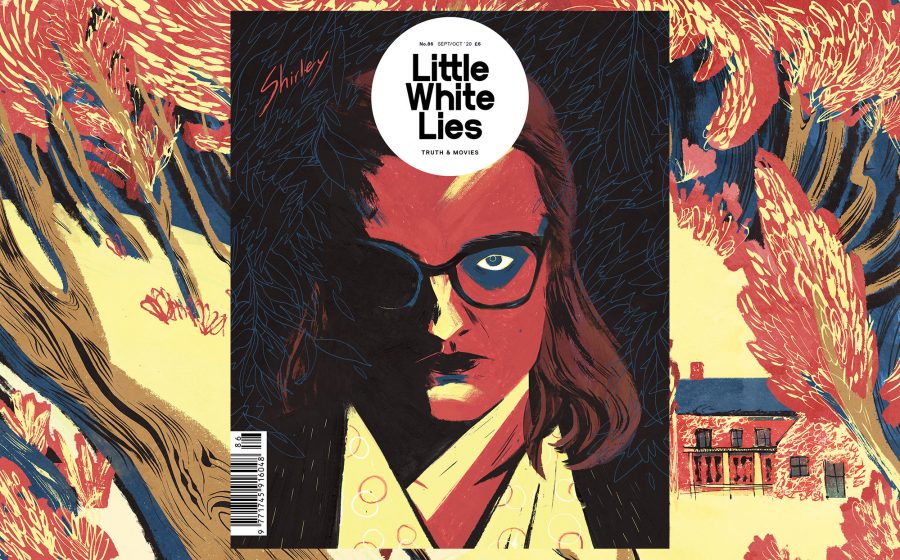 It’s Complicated
Hannah Woodhead speaks to Elisabeth Moss about her immensely impressive body of work, plus the ins and outs of playing a literary icon.

Writer’s Rooms
We asked three artists – Jason Ngai, Miranda Harris and Adriana Bellet – to imagine what the studies of three legendary female screenwriters might have looked like.

The Sounds of Tamar-Kali
Lillian Crawford speaks to one of the hottest composers around, who’s a regular with Dee Rees and now lends her talent to Shirley.

A Shroom of One’s Own
John Semley delves into the on-screen history of the humble mushroom.

The 1001st Woman of Horror
Anton Bitel interviews Alexandra Heller-Nicholas about her latest book, ‘1000 Women in Horror’ which sings the praises of iconic and overlooked figures in this traditionally male-dominated genre.

In Dreams: A Conversation with Charlie Kaufman
To celebrate the release of both I’m Thinking of Ending Things and ‘Antkind’, David Jenkins chats to one of the most fascinating (and elusive) figures in film.

Threads
In her regular column on fashion and film, Christina Newland is on the prowl for one of the chicest accessories: cat eye glasses. 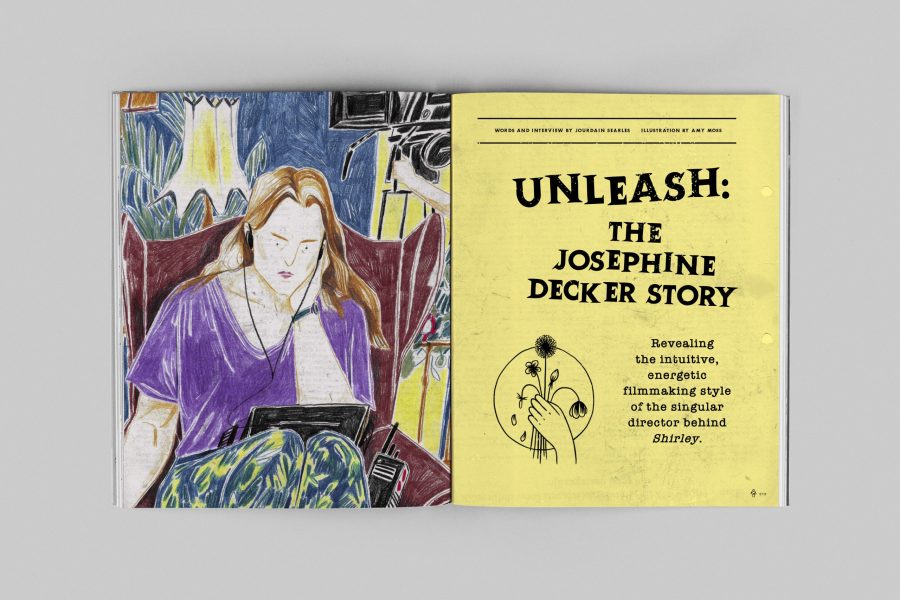 Sope Dìrísù
David Jenkins speaks to the actor at the heart of Remi Weekes’ excellent horror His House.

Miranda July
Hannah Woodhead has a cosy chat with the creative powerhouse behind Kajillionaire.

Nia DaCosta
Ahead of the release of her nightmarish new vision of Candyman, Leila Latif chats to the filmmaker who’s about to conquer Hollywood.

Godfrey Channing Peoples
After her film received a warm welcome at Sundance, the director of Miss Juneteeth explains this fascinating American tradition to Rogan Graham.

Ben Wheatley
In a change from his usual fair, Ben Wheatley’s next project is a glossy adaptation of Daphne DuMaurier’s seminal gothic novel. David Jenkins gets the scoop.

Antonio Campos
As he gears up to release midwestern nightmare The Devil All the Time on Netflix, the mind behind Simon Killer and Christine tells Elena Lazic all about his latest provocative film.

All illustrations by Rumbidzai Marilyn Savanhu.

LWLies 86 is on sale XX September. Order your copy and subscribe here.