Discover the ocular nightmare of this cult Lucio Fulci horror

The visionary Italian director’s 1981 film The Beyond remains one of his most unnerving, transgressive works. 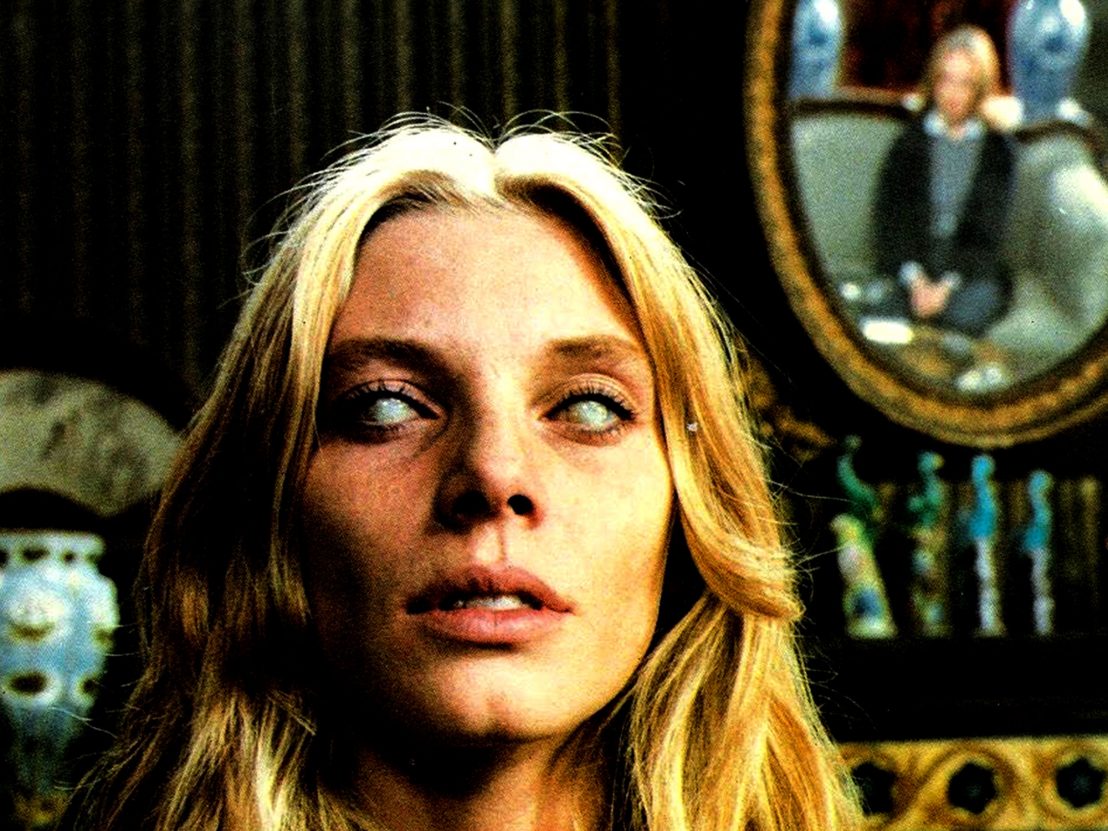 Ever since the opening sequence of Luis Buñuel and Salvador Dalí’s pioneering surrealist short Un Chien Andalou, in which a man’s razor was shown slicing across a woman’s open, observing eye, images of ocular destruction have become a neat cinematic shorthand designed to challenge, offend and (potentially) end the very act of viewership that is so fundamental to the experience of filmgoing.

Such shock tactics would become something of a trademark for Italian director Lucio Fulci, whose Beatrice Cenci, Zombie Flesh Eaters, City of the Living Dead, New York Ripper and Sweet House of Horrors each featured a scene of graphic eye injury. Yet what in these titles was merely a one-off grisly signature would be generously splattered all over The Beyond, where one character after another has their eyes ruined variously by boiling plaster, rotting fingers, burning acid, biting tarantulas or protruding nails, in a veritable eye-mageddon.

It makes a kind of sense that so many peepers should be popped here. After all, the dark spectacles conjured in The Beyond make several characters go blind, as though to suggest that Fulci is flirting with forbidden materials that simply should not be seen, let alone depicted. The film opens in a sepia-tinged monochrome flashback to 1927, as Schweick (Antoine Saint John), a painter holed up in a Louisiana hotel room, puts the finishing touches on an infernal landscape before a lynch mob bursts in and, ignoring his claim that the hotel is built on a gateway to hell, crucifies, murders and immures the artist in the hotel’s basement.

Meanwhile, in another part of town, Emily (Cinzia Monreale) discovers the ancient ‘Book of Eibon’ – a tome whose title is borrowed from the writings of HP Lovecraft – and, merely by reading its warnings about the “seven cursèd gateways… in seven cursèd places” (“woe be unto him who ventures near without knowledge”), loses her sight.

It is a mystifying introduction, juxtaposing scenes thematically linked but otherwise disconnected, and hinting at a rich backstory that the film itself only partially furnishes – and that is the way the rest of The Beyond, presented in colour and set in 1981, also feels. For as we follow Liza Merril (Catriona MacColl), an outsider from New York who has just inherited the dilapidated Seven Doors Hotel and who hopes to reopen it as a ‘last chance’ at personal success, her own disorientation in this new Louisiana milieu is matched by scenes in which time and space gradually collapse in on themselves, the dead invade the world of the living, and the incomprehensible is made real.

As anyone who enters or even researches the hotel ends up dead – or at least undead – and stored away in the local hospital morgue run by Dr John McCabe (David Warbeck), there is always, in Fulci’s disparate and deeply irrational set-pieces, the sense of elaborate lore and legend coming to life. Yet like the missing key that various characters vainly seek in the hotel, the key to the film itself remains elusive and unfound, making everything unfold like a nightmare whose dreamer remains just beyond the film’s narrative reach.

An unsympathetic, ungenerous reviewer (and this film certainly encountered a lot of those upon its initial release) might dismiss The Beyond as a random mosaic of madness and murder, grue and gore, all poorly held together by tone-deaf, zombie-like expositional dialogue in the absence of any genuinely coherent foundations.

Yet incoherence and irrationality form an essential – and openly acknowledged – part of the film’s fabric, with characters constantly articulating our own confusion with comments like, “I can’t explain it to you,” “That seems so impossible, so absurd,” “I must be gong crazy,” “I’m a doctor, and I won’t accept irrational explanations,” “What the hell’s going on here?,” “I think I’m going crazy,” “Impossible, impossible.” The speakers of these lines are struggling no less than the viewer to make sense of what is happening to them, as Fulci traps everyone in his illogical, uncanny canvas of errant ideas and associations.

As ghosts mix freely with living people, the past with the present, obviously fake spiders with actual ones, a modern hospital’s with a colonial hotel’s architectures, and the real world with a painted landscape of hell, Fulci is both exposing the buried history of horrors upon which America’s contemporary South has been built (note the nervous look on the face of the African-American concierge as the angry lynch mob bursts into the hotel), and showing that strange, oneiric borderland between the imagination and its imperfect expression.

Schweick may be, as his persecutors would have it, a ‘warlock’ who dabbles in the demonic, but he is first and foremost a visionary artist, and his masterwork – a work at the very centre of The Beyond – is an attempt to give form to the infernal and the ineffable. Schweick’s painting is also a mise en abyme of The Beyond itself. After all, Fulci too is finding ways to convert Schweick’s aestheticised exploration of the ‘sea of darkness’ into a cinematic vision, rendering the invisible visible.

Ultimately, The Beyond is concerned with those dark and terrifying aspects of the creative process that put ‘tormented’ artists through hell, before allowing them to report back on the horror of what they saw there through artificially rendered images that only the initiated can truly see with eyes wide open. It is an unnerving, surreal portrait of the kind of transgressive experience that all devotees of the occult – and of horror films – seek. 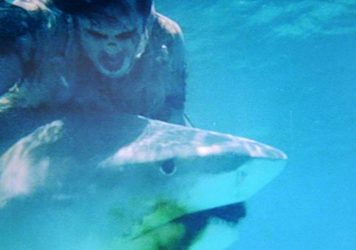