Luc Besson is an erratic filmmaker. He punches out a feature pretty much annually, all while writing and producing a whole bunch of genre B-movies during his downtime.

It seems that the surprise success of Lucy, starring Scarlett Johansson as a backpacker who is transformed into a digi-god after an accident, has meant that Mr Besson has been allowed to go big, and the result is the bizarrely named Valerian and the City of a Thousand Planets, starring Dane Dehaan and Cara Delevingne. From this first preview, it looks very ’90s.

So ’90s, in fact, that it uses Elliott Smith on the soundtrack, and looks like the director’s very own eccentric space opera, The Fifth Element, from 1997. Take a peek here, and the finished feature is set to drop onto screens on 21 July, 2017, at the height of summer where it looks to belong.

New trailer time! We said that we thought this looked a lot like Luc Besson had remade The Fifth Element, and this second trailer confirms those suspicions. Fingers crossed that this bubble gum sci-fi epic is as fun as looks in this extended preview.

Valerian and the City of a Thousand Planets is released 4 August. 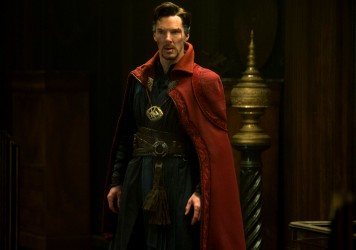