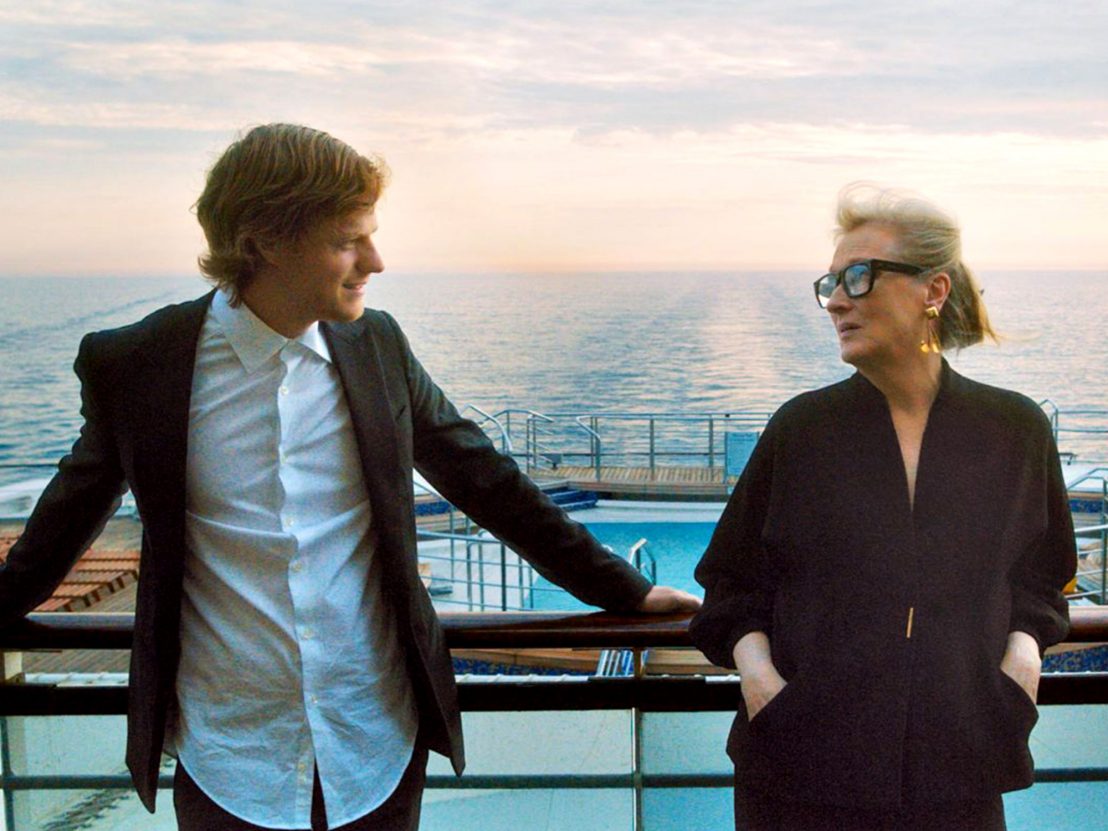 As happens once every decade and a half, I was wrong about something: when recently reporting that Steven Soderbergh had begun assembling a cast for his upcoming action picture No Sudden Moves, I mentioned that 2020 would be the first year without new work of some sort from the writer-director, as his completed feature Let Them All Talk was still on the shelf at the time. But HBO Max has come along to save the day, setting a sudden streaming release next month and granting us the first trailer to go along with it.

The plot revolves around writer Alice Hughes (Meryl Streep, a new addition to the Soderbergh repertory roster with last year’s The Laundromat), a well-regarded novelist with a less than prolific output. Her publisher (Gemma Chan) needs a new manuscript and pronto, so she sends Alice’s nephew (Lucas Hedges) on a cruise with her and her two longtime pals (Dianne Wiest and Candice Bergen) to keep an eye on what turns out to be a stalled creative process.

While handsomely photographed by Soderbergh himself, once again acting as his own cinematographer in a non-iPhone capacity this time, it does appear to be one of his more humbly-scaled productions. The action hardly leaves the ship on which Alice and her friends putter about, meet people, play Monopoly, and reflect on the turns their lives have taken, lending their activities a contained hangout vibe uncommon in the filmmaker’s oeuvre.

With a talent as outspoken as Soderbergh, it’s always tempting to read some personal statement into the projects he chooses, and as a drama focused on artistic stagnation, this one offers itself right up. So many of his films revolve around geniuses grappling with the difficulty of doing their work their way in the face of cajoling institutions and structures of power. Perhaps he’s felt like a Meryl Streep himself, lap-swimming while the managerial class tries to get him to do their bidding.

At any rate, this continues Soderbergh’s dalliance with the world of streaming, his third feature in a row to bypass theaters and go directly to the internet. Along with the hope that we will one day overcome the pandemic currently restricting life around the world, so too do we hope that one day we may use that safety to see a new Steven Soderbergh movie in a theater.

Let Them All Talk comes to HBO Max on 10 December.