As the acting icon celebrates his centenary, we reflect on one of his greatest performances. 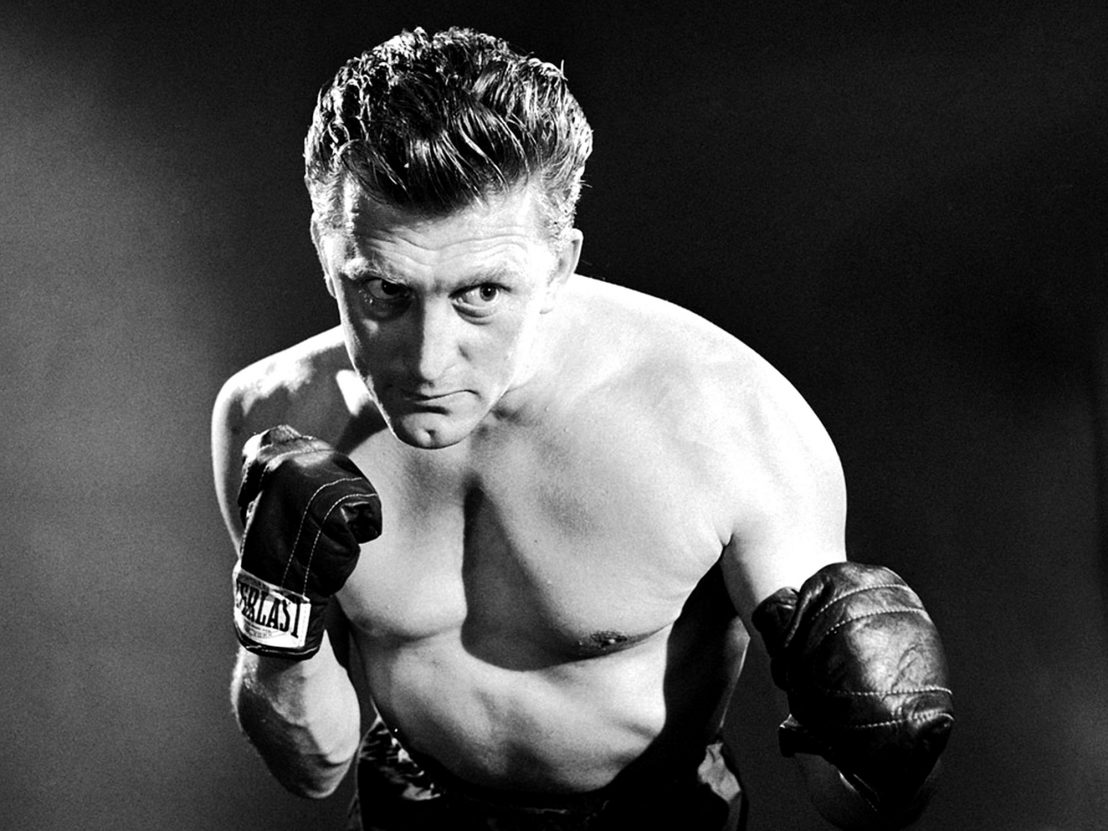 “They’re cheering more than a man tonight. They’re cheering a story. A story that could only have been lived in the fight game. A story of a boy who rose from the depths of poverty, to become champion of the world.”

Though taken from the 1949 drama Champion, these lines could (if you remove the boxing references) feasibly be describing the enduring star of that film, Kirk Douglas. Like his character Michael ‘Midge’ Kelly, Douglas managed to escape poverty before making it in the big leagues as one of Hollywood’s finest actors – in fact, it was his towering performance in Champion that elevated him to super-stardom status, earning him an Oscar nomination and laying the groundwork for his major future roles in the likes of The Bad and the Beautiful and, most famously, Spartacus.

But as is so often the case with characters portrayed by Douglas, Midge is far from being a straight-forward, all-American hero. Those opening lines, spoken by a ringside commentator as Midge enters the arena for a championship bout, might sound like a preamble for a heroic story about making it to the top, but by the end of the film they have been exposed as hollow myth-making, completely ignorant of the darker realities of his life. Perhaps it’s no more than we should expect from a screenplay by Carl Foreman, who also penned High Noon and was blacklisted in the 1950s – this is a film that subverts rather than celebrates the rags-to-riches narrative of an underdog becoming a champion, and cynically exposes the fallacies of the American Dream.

Not that this is apparent from the film’s early scenes. Via flashback we learn of Midge’s youth before he entered the fight game; he’s depicted as a loveable rogue whose dreams are constantly blighted by a world that appears to be against him. At first his grand plan is to leave his hometown of Chicago with his brother Connie (Arthur Kelly) to California, where they expect to find a restaurant they have just purchased waiting for them, only to discover that the agreement they had signed was a con. And Midge is similarly screwed over the first time he tries boxing, when his promoter slyly claims virtually all of his fee.

The raw talent he displays in that fight is however enough to attract the interest of trainer Tommy Haley (Paul Stewart), and eventually the pair strike a partnership – but only after Midge abandons his lover Emma (Ruth Roman) who he was forced to marry having been caught being intimate together by her father. Leaving her is his first morally questionable act of the film, and begins the moral descent the character spends the rest of the film spiralling down. 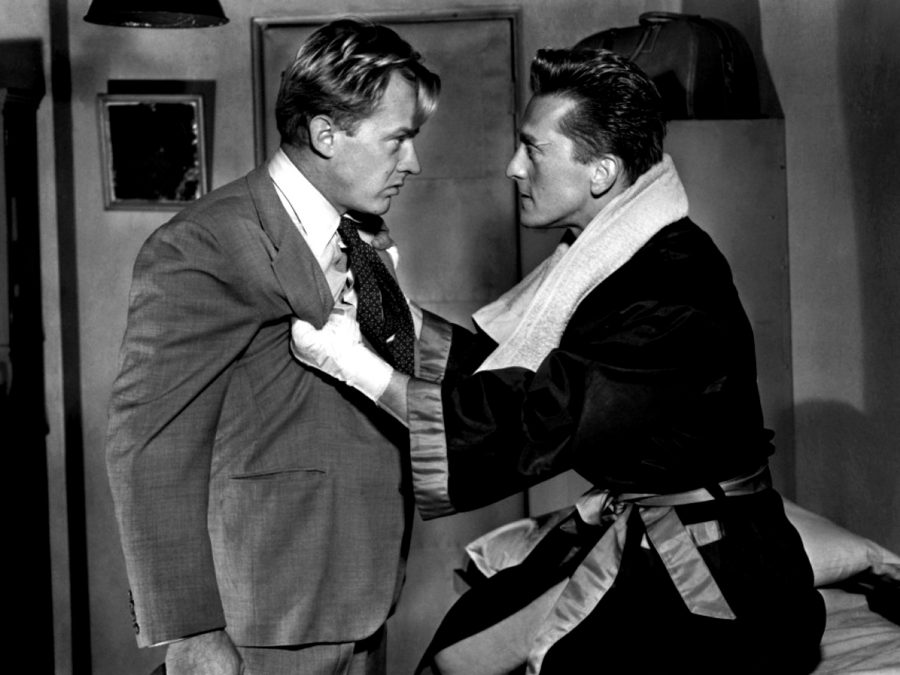 The boxing scenes are thrillingly realised, with a visceral immediacy that long predates the likes of Raging Bull, all brought together with exhilarating energy by Oscar-winning editor Harry W Gerstad. Douglas looks the part in the ring too, not just for his imposing physique, but also for the intensity of his stare and the maliciousness of his scowl. The film makes good use of various boxing movie tropes, too: there is a great training montage, and Midge is ruthlessly exploited by promoters at one point being asked to take a dive.

He doesn’t throw the fight, yet still finds himself sliding inexorably towards corruption and greed. Desperate to have a crack at the title, he ditches his trainer and friend Haley, prompting Connie also to leave his side; he breaks the heart of a girl he’s having an affair with (Lola Albright) by accepting a large sum of money from her husband to leave her, and he opts not to disclose to another woman he gets involved with (Marilyn Maxwell) the fact he is already married.

It’s not until much later in the film, however, that Midge commits his worst sin. Prior to the climactic championship fight, Connie returns to support him with news that he and Emma have fallen in love. Despite initially reacting positively, Midge, apparently bitter at her filing for divorce, shockingly rapes her. It’s a brutal moment, and the point at which Midge moves beyond any hope for redemption.

The sadistic appeal of watching boxing movies is exemplified in the final fight scene, where we watch Midge take a beating as a kind of deus ex machina punishment for his sins. He ultimately dies of his wounds, but not before staging an unlikely comeback to knock out his opponent to win the fight. The crowds may again cheer his name and he may have retained his title, but his brother’s double-edged tribute rings hollow now that we know the man behind the myth: “He was a champion. He went out like a champion. He was a credit to the fight game, to the very end.”