Why the original IT still gives us nightmares 27 years on

Stephen King’s story and Tim Curry as Pennywise the Dancing Clown are a truly frightening combination. 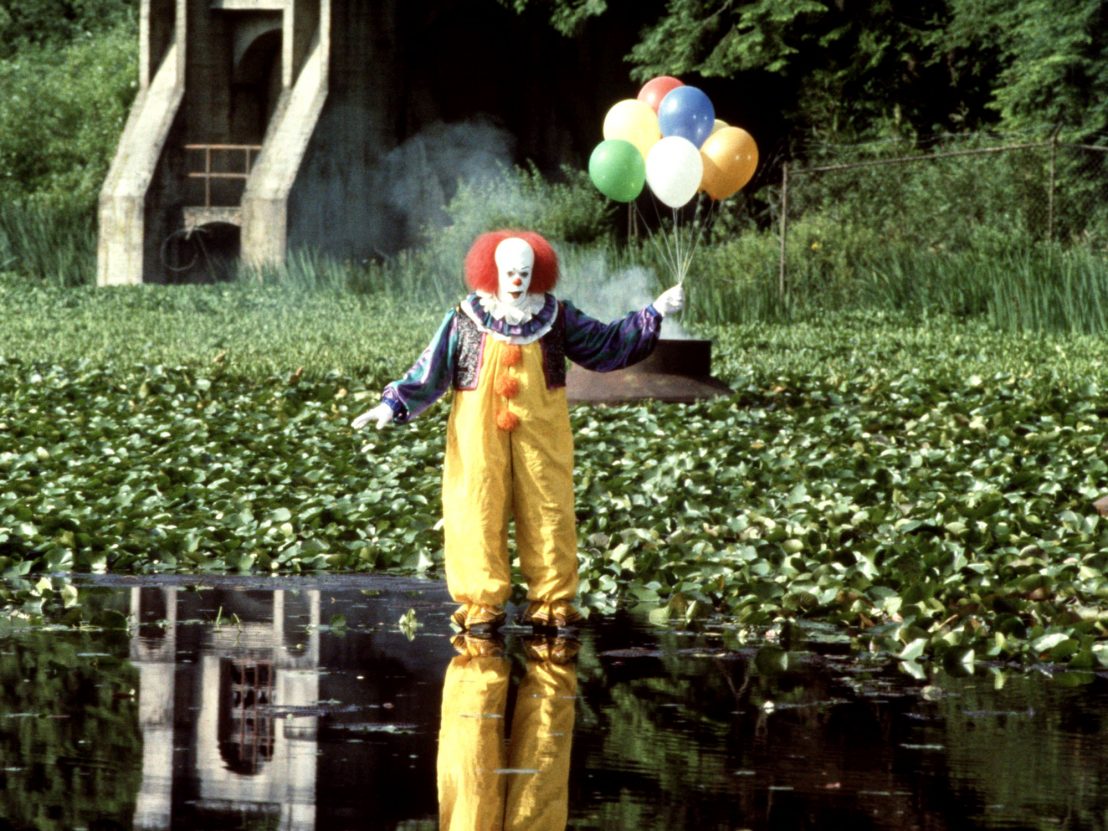 “What if it’s just some crazy guy in a clown suit?” says Eddie Kaspbrak, the mollycoddled 12-year-old from the 1990 adaptation of Stephen King’s seminal horror novel ‘IT’, which tells the story of seven kids who are terrorised by an eponymous being. Little did poor Eddie know at that time that Pennywise the Dancing Clown was so much more. To quote Pennywise himself, he’s “every nightmare you’ve ever had; you’re worst dream come true.” And, boy, did he stay true to his word when frightening the kids in their seemingly normal suburban home town of Derry, Maine.

Soon-to-be teens Bill, Bev, Ben, Richie, Eddie, Mike and Stan each come into contact with the evil force initially in its most prominent form, that of said sadistic, child-killing clown, which the group later entitled ‘IT’. But they soon realise that IT is also able to manifest itself as their most personal (often hidden) fears. All social outcasts of differing sorts, the kids form a self-titled ‘Loser’s Club’ to try and fight the evil that permeates their home.

Our first proper encounter with IT is right at the start, in probably the most memorable scene in the film. It’s here we witness Bill’s younger brother Georgie innocently playing with his paper boat in the rain, which he chases as it sails down a drain where Pennywise is lurking. Things escalates quickly and, just minutes into the made-for-TV miniseries, following a close-up of the clown’s razor sharp teeth, we’re left horrified at Georgie’s gory demise. This bogeyman doesn’t only comes out after dark; IT is an evil that can surface at any time – especially when children are innocently at play.

Much of the success of this adaptation lies in Tim Curry’s performance as Pennywise, arguably his finest ever. Ask a handful of coulrophobia suffers what brought on said fear and guaranteed at least one of them will credit Curry. From that first eerie flash of Pennywise grinning ear-to-ear behind a blowing bed sheet, to the terrifying moment when he climbs up a lamp post to confront us full screen, Curry’s portrayal of the psychotic clown is simply unforgettable. Heck, just hearing Pennywise’s voice is enough to send a shiver down this writer’s spine.

Of course, IT earned its cult classic status not simply through Curry’s performance alone. Tapping into the psychology of fear in a manner unlike most other horror films of its day – we’re not talking monster-under-the-bed fear, but a deeper kind of fear that is not confined to childhood – the miniseries eventually fast-forwards 30 years, where the Loser’s Club reunite as adults, and we quickly learn that the things they feared most as kids have not been forgotten. This isn’t simply about a group of children who are scared of clowns and giant spiders, but the depth of pain and suffering they encountered in their formative years.

We are all afraid of something, and IT remains an enduring piece of screen horror precisely because its portrayal of fear is so personal. This chilling adaptation taps into something shared while at the same time bringing the innermost anxieties of the individual to the fore – be that a character or audience member – and with a major new adaptation arriving in cinemas this month, it looks set to give a whole new generation nightmares.