Is this the most beautiful GoPro accident ever caught on camera?

Surfing clichés are abundant in popular culture. Ever since waveriding was popularised in the ’60s and ’70s it’s been used to sell an aspirational beach lifestyle and too often some of those hackneyed tropes have seeped into its cinematic output – from corny Endless Summer surf journey stories to repetitive surf action montages.

That’s why a new film, Rhymes With Shove, featuring former pro surfer, writer and filmmaker Jamie Brisick, is so refreshing and moving. The conceptual short, shot in the Maldives, captures Brisick’s return to the surf after a personal tragedy and is more about the space that surfing creates in our minds, than the image of it overexposed to our eyes.

The footage from an ill-fated GoPro session – where the camera becomes dislocated from Brisick’s board and is churned by the ocean – provides a stunning space for reflection, allowing ideas on remembrance, forgetting, understanding and transcendence to float to the surface. Watch the video below and share your thoughts with us @LWLies 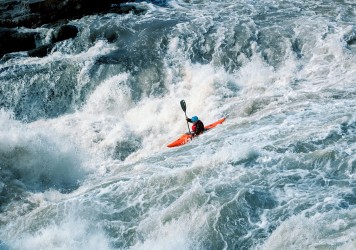