In praise of Miloš Forman’s Amadeus

This romping tale of clashing artistic egos screens as part of the Royal Albert Hall’s Festival of Film. 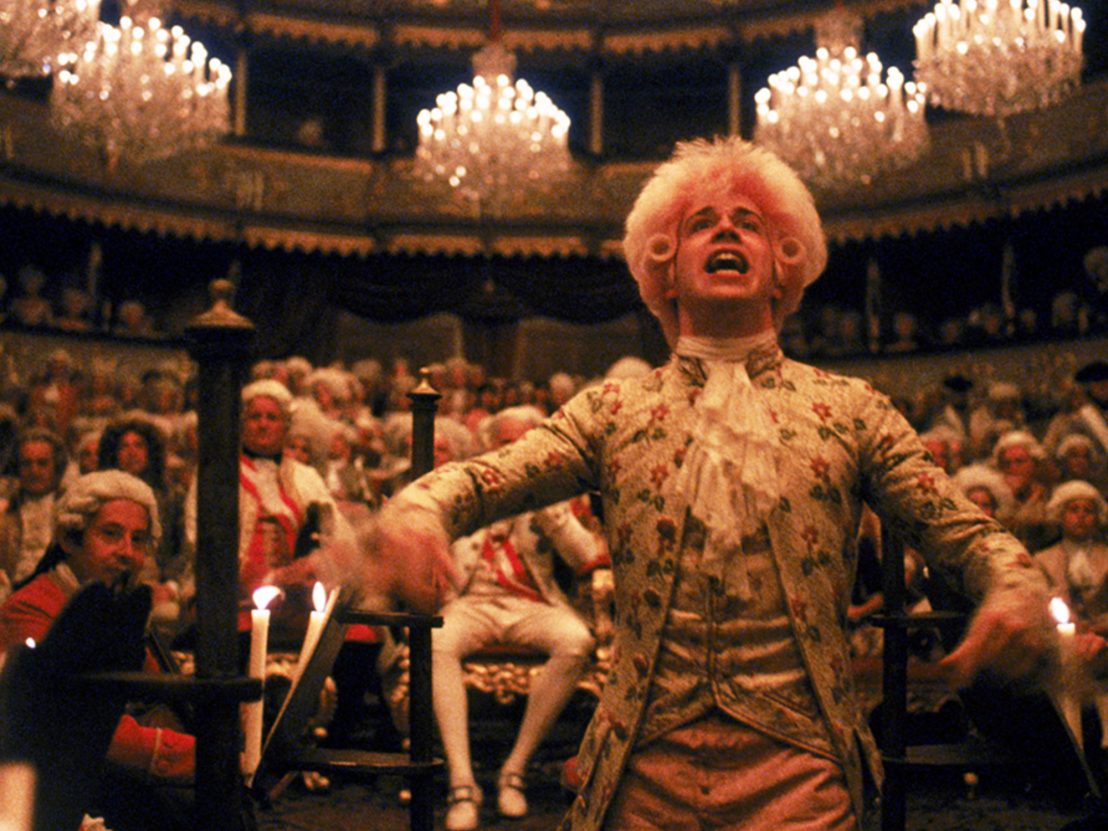 The time-honoured movie biopic has developed something of a bad name in recent years. Directors and studios appear hell-bent on making sure that their chosen subject is framed as a figure who audiences should really spend lots of time caring about. As such, there’s a nagging tendency to overstate genius – that there’s only value in these stories because the people involved are indisputably super-human and have undertaken acts that have unequivocally improved society at large.

Miloš Forman’s 1985 Academy Award-winner, Amadeus, is cut from a slightly different cloth, in that it’s a biopic which opts to take its subject to task. Also, it isn’t just a straight profile of a single heroic figure, but the chronicle of a deathly tussle between rival artists. It’s a study of slow, inexorable psychological breakdown and a hymn to the toils of creativity. It’s based on a screenplay by the late, lauded British playwright Peter Shaffer, and is a loose adaptation of his own stage production which ran to raves at London’s National Theatre in the late 1970s, although Forman uses sly tactics to make the film feel gloriously cinematic.

Forman, an émigré from the former Czechoslovakia, is a director with a background in sharp social satire. He honed his skills with films like the delightful takedown of small-town bureaucracy, The Fireman’s Ball, and his lilting, bitterly ironic take on teen romance, Loves of a Blonde. He marked himself a close observer of human foibles, and he mined the comic potential of tragic situations. Hollywood duly brought him to its breast. All of these elements fuelled the making of his greatest success, Amadeus, a film which, from some angles, looks like the product of a conservative and risk-averse industry, but is quietly radical in the manner of its making.

The story of Wolfgang Amadeus Mozart remains a lip-smacking prospect, even if it means just lavishing in the chance to hear lengthy excerpts of some of the greatest music ever written and performed. One of the film’s most astonishing sequences sees “Wolfie” waving his baton like a maniac at the premiere of Don Giovanni – his macabre response to the death of his father. Foreman affords a rare amount of space for the opera to play out, focusing on the hand-tooled sets, and the apathetic reaction from the audience. He shows the genius at play rather than hectoring the audience, telling them they are in the company of one. Mozart never really knew fame in his lifetime, particularly considering that his diverse oeuvre is now considered a benchmark by which all classical music should be measured. And the film directly taps into that melancholic state of being.

A spirited turn by the actor Tom Hulce lends a grotesque edge to this prolific prodigy. Mozart is presented as something of a buffoon, an aspect to his character which is enhanced with a haunting, high-pitched laugh. Yet in Amadeus, biographical detail and a mandate to do right by history is not the central focus. This is about the lop-sided professional rivalry which develops between this unheralded musical godhead and the little-known Italian composer, Antonio Salieri (F Murray Abraham), who held a lofty position in the court of the Emperor Joseph II. While the cognoscenti failed to comprehend the transcendent beauty of Mozart’s work, Salieri realised that he was living alongside one of the all-time greats, and opts to insidiously take him down as a result of his own deep-set insecurities.

The film is a paragon of old-school craftsmanship of the type popularised by the likes of David Lean in the 1950s and 60s. It’s now over 30 years old and hasn’t aged a day. On 2 November, it plays as part of the Royal Albert Hall’s Festival of Film strand, with live soundtrack provided by the Academy of St Martin in the Fields and the Philharmonia Chorus, conducted by Ludwig Wicki. Even if you’re a professed hater of classical music, Amadeus is most assuredly a film worth catching, for the intense energy of its performances, for the loving presentation of 18th century Mitteleuropean high society, and for the being able to see the strange context in which these iconic musical selections were forged.

Catch this unmissable screening of the film on Friday 2 November 2 at the Royal Albert Hall. Book your tickets at royalalberthall.com