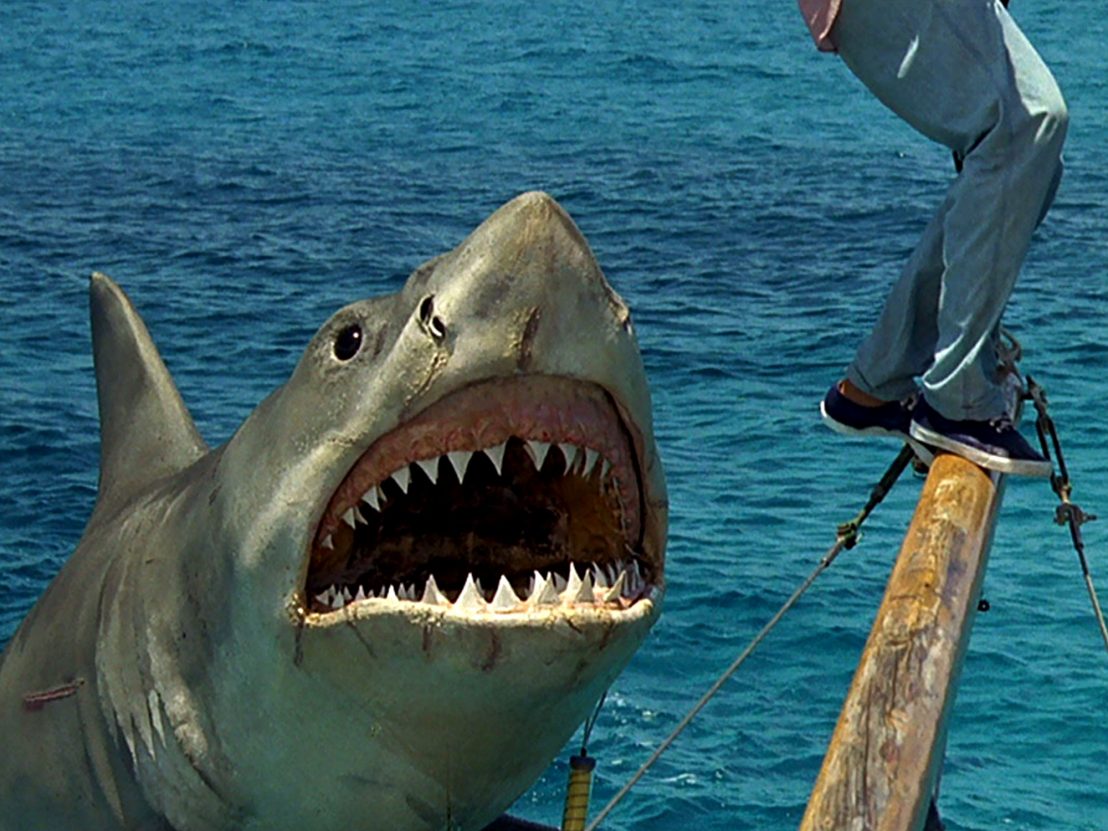 “I have never seen it, but by all accounts it is terrible. However, I have seen the house that it built, and it is terrific!” No article about Jaws: The Revenge would be complete without the above quote, in which Michael Caine summarises his involvement in the fourth and final instalment of the shark-based horror franchise. He’s not wrong about the reception the film received either; it was roundly lambasted upon release by critics and fans alike, nominated for seven Golden Raspberries, and is a regularly appears on ‘worst sequels ever made’ lists.

Jaws: The Revenge, which turns 30 this month, is one of those movies that’s so infamously terrible the assumption is that you don’t need to see it for yourself to confirm its wretchedness. Yet those brave enough to give it a try will discover that there are at least some redeeming features.

Many of the issues with the film can be traced back to its insanely rushed production, with Universal studio head Sid Sheinberg green-lighting the film in September 1986 for a summer 1987 release. This gave director Joseph Sargent just nine months to prep, shoot and edit a major release, and there wasn’t even a script at this point. The veteran filmmaker was dubious about whether he could pull it off, but the promise of creative control, a nice cheque and a trip to Hawaii was motivation enough.

The film also proved somewhat controversial in Hollywood gossip circles, with the lead role going to Lorraine Gary, Sheinberg’s spouse. The move made a certain amount of narrative sense though; Gary played Chief Brody’s wife in the first two Jaws movies and with Roy Scheider doggedly refusing to return to the series, the central role fell to her.

The script was cobbled together in five weeks with the story following a widowed Ellen Brody, who believes her family is being hunted by a shark. Choosing to completely ignore 1983’s Jaws 3-D, the story directly contradicting the events of that film. Universal felt the third outing suffered because it lacked returning actors, which is another reason Gary was promoted to lead. Even if Scheider had accepted a lucrative offer to return, the film would have opened with Chief Brody being killed by the shark; in the final version that grisly fate falls to Sean Brody instead. Richard Dreyfuss was also offered a brief cameo where his character Matt Hooper rings Ellen to offer his condolences, but the actor turned it down.

There’s no getting around the many, many problems that Jaws: The Revenge has. The pacing is sluggish, the story is preposterous, the body count is small and the special effects – especially in the finale – are shoddy. Let’s look on the bright side for a second though. First off, the performances are pretty good throughout, from Gary through to Mario Van Peebles and Karen Young. It’s rare to find a major studio film where the lead is a lonely 50-year-old woman struggling with grief, and Gary carries the part admirably. It’s rarer still to come across a big release with a love story between two people in their fifties, and Caine – despite his mercenary reasons for signing up – has a lot of fun with his role. There’s something sweet about their budding relationship, even if it feels like something out of Shirley Valentine rather than a film about a killer shark.

On that note, we need to talk about the shark… Sargent made the call to give the film a supernatural edge, feeling the other movies had exhausted any other options. This time “Bruce” is deliberately targeting the Brody family, and displays decidedly non-shark characteristics like swimming backwards, roaring like a lion and wading through warm water. In the film’s defence, the characters frequently point out just how unusual these abilities are, and Sargent gives The Revenge a nightmarish tone to make it more palatable.

Then there’s the excellent score by the late composer Michael Small, with its catchy riff on John Williams’ classic original theme and eerie motif which plays after every attack. It’s not quite up to Williams’ standards, of course, but Small’s music adds a great deal to the film, milking scenes for emotion and generating suspense when the plot itself starts to wilt.

Sargent also manages to stage a couple of effectively brutal action sequences. The scene in which Michael Brody bites it is surprisingly harrowing; in a flash of razor-sharp teeth and blood-stained water, he finds himself minus an arm. Likewise, the Banana Boat attack is the stuff of nightmares, with the shark charging a boat loaded with children, who scream in terror as the beast’s huge mouth narrowly misses them only to chomp down on an unlucky parent. This sequence alone earns Jaws: The Revenge some credibility as a horror film.

That said, the finale is one of the most inept ever shot for a mainstream movie, filled with baffling errors like Caine emerging dry after a swim, the machinery driving Bruce being visible from certain angles and the ocean washing over the “horizon” in some shots, revealing it was filmed in a tank. The ending was hastily reshot for the European release, where Van Peebles’ loveable scientist somehow survives his mauling, and the shark explodes for no particular reason after being impaled on the boat’s bowsprit.

Is Jaws: The Revenge a great film that’s just got a bad rap? No. It’s resoundingly mediocre with flashes of quality thanks largely to a talented cast and crew. It’s an oddity for sure, produced in a mad dash to meet an unrealistic release date, but as far as famous messes go, it’s a surprisingly watchable one. Nevertheless, the film’s toxic reception killed any further sequels, and Spielberg is said to be so disgusted by the later instalments that he refuses to let them be packaged as a boxset with his original. Time will tell if Bruce will even swim again and give the residents of Amity Island more sleepless nights, but if he does, he probably won’t be roaring next time.