How comic books conquered the world

A new partnership between Terra Virtua and Dynamite is set to herald a new age of comic book fandom. 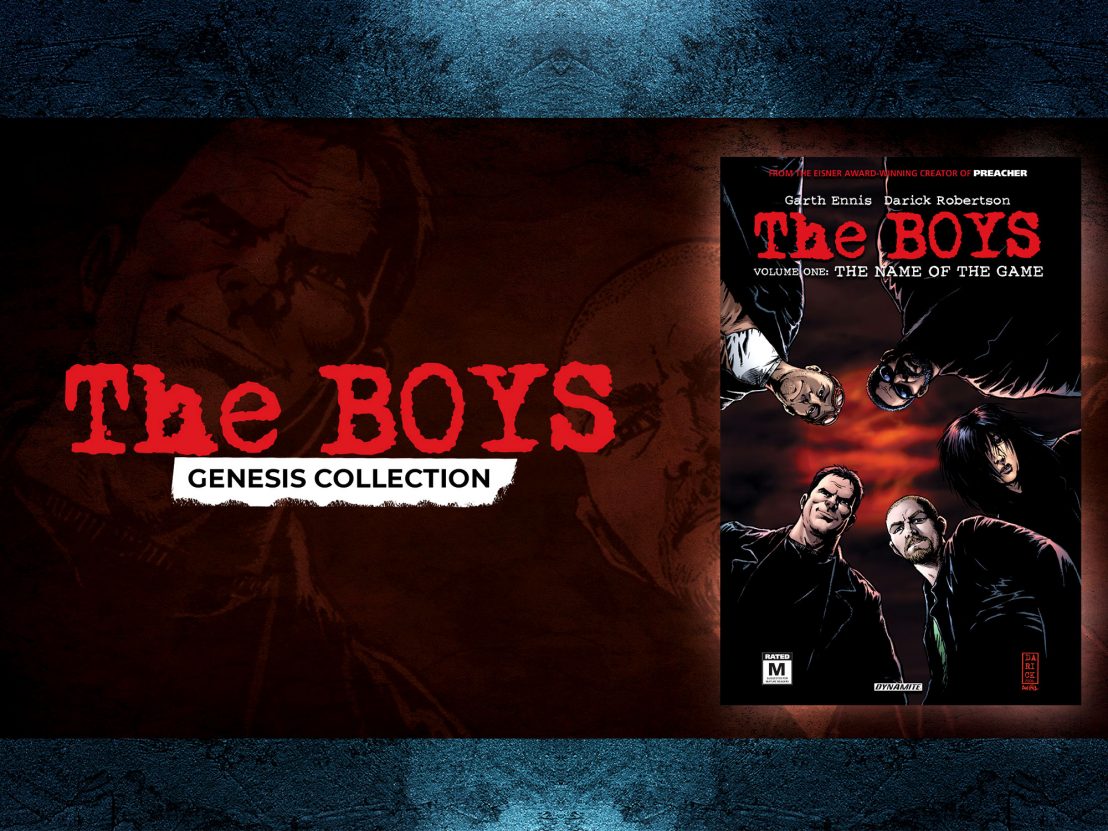 It’s wild to think how much comic books have impacted on the cultural landscape, from movies and episodic TV, to literature, art, fashion and beyond. Innovations in how to leverage people’s undying passion for comics have taken a new twist, epitomised by the new partnership between the digital collectables platform Terra Virtua, and the indie comic publisher Dynamite, whose estimable output includes The BOYS, Vampirella, Red Sonya and lots more. There are now more ways for fans to be able to immerse themselves in these fantasy worlds that, once again, transcend the limits of the printed page.

In short, we’re really living in a big, big moment for comics as an artistic medium: Nick Barrucci, founder and CEO of comic book publisher Dynamite Entertainment says, “Since their introduction, comics have enjoyed periods of incredible popularity and the material they offer, via adaptation, has served as a backbone to popular culture. Never more so than now, though. The explosion is unprecedented and the source material remains vibrant and ripe for discovery and collecting.”

Yet if you look back into the last century, comic books have always been there as part of our collective cultural DNA. In the 1940s, popular comic book adaptations would play as “one reeler” serials alongside the A-picture and a newsreel, so audiences would’ve been able to see real live versions of their favourite superheroes such as Congo Bill, Hop Harrington and The Vigilante. Much like the comic books themselves, these 15 minute segments functioned as a way to pull punters back into the cinema each week by ending on a miniature cliffhanger and tempting customers to find out what happens next.

Fast-forward to the present day, past all the Marvel Comics Universe, countless indie label movie adaptations and almost full saturation of contemporary culture, and there are still new ways being developed for fans to be able to engage with – and worship at the alter of – comic books and comic art.

One such example is digital collectibles platform Terra Virtua, who, in partnership with Dynamite Entertainment, has launched its first major non-fungible token (NFT) comic collection on its new Polygon blockchain platform. The partnership with Dynamite Entertainment launched a limited-edition range of fan-favourite comic franchises, starting with the coveted lithograph collection and its ground-breaking series, The BOYS.

This expansion into NFT comics and graphic novels will be followed by Red Sonja, Vampirella, John Carter and Dejah Thoris, featuring the work of infamous entertainment creators including the legendary Christopher Priest, Garth Ennis, Darick Robertson. Gail Simone, Alex Ross. It does seem like a giant leap for the world of comic books, and only time will tell if this is yet another moment where a giant, era-defining monolith appears on the landscape.

Terra Virtua are also pioneering in developing a bespoke reader to be able to view this exclusive NFT content, which is called ‘VPLAY’. In doing so, they are enhancing the possibilities of fan engagement and narrowing the chasm between creators and audiences. And to add to that, Terra Virtua recently switched its platform from the Ethereum blockchain to Polygon in a drive to be more sustainable. By making the change, the NFT pioneer has reduced its energy usage in minting NFTs by over 99 per cent.

Gary Bracey, Terra Virtua CEO says, “We are privileged to partner with Dynamite Entertainment for this groundbreaking venture as we kick off a new era with Polygon. Being massive comic fans ourselves, this is a perfect match as we respect not only their democratic attitude towards the creative talent but also the incredible diversity of published content from iconic series like The BOYS through to Vampirella, Red Sonja, John Carter, Dejah Thoris and many more. We cannot wait for fans to see the innovative NFTs we are collaborating on through sustainable means!”