In Hal Ashby’s unconventional 1971 romance, the central protagonists have very different ideas about life and death. 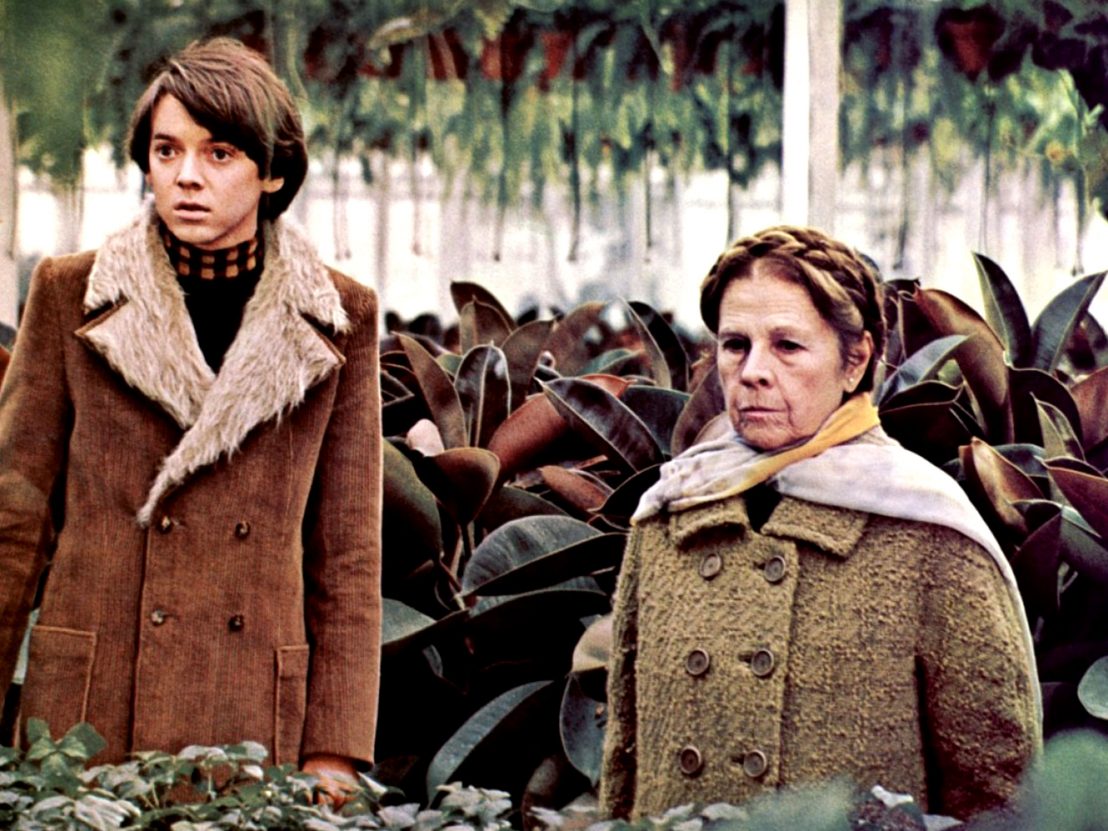 About an hour into Hal Ashby’s Harold and Maude, the title characters sit by the sea among the splintered ruins of a sculpture garden, their faces reflected amid found objects and driftwood. Maude is old and Harold is young, but here, whatever is different about them – their age, dress, expression – is smoothed and scattered in the murky water.

Maude tilts her face towards the sun and rolls up her sleeves. In the light, Harold sees five digits tattooed on her forearm, the telltale mark of the Auschwitz concentration camp. The camera lingers for less than a second; they hold hands as the sun sets beyond the wreckage.

When the film was released in 1971, it was largely dismissed by critics, perhaps in part because it was marketed as a screwball sex comedy rather than what it actually is, which can be hard to pin down. That tattoo, its symbolic permanence on a woman who insists on a life of impermanence, helps answer the question. Yes, Harold and Maude tells of an impressionable, suicidal young man who falls in love with a far older woman, but at its core this is the story of a Holocaust survivor and the philosophy she has formed in the face of mass loss.

Harold and Maude first meet graveside – an irony (and a foreshadowing) that their beginning is also an end. The funeral shortly turns into a romp and a ride to Maude’s house; walking into the cluttered train car where she lives, Maude gestures to her keepsakes: “It’s all memorabilia, but incidental and not integral, if you know what I mean.”

She owns a machine that replicates the smell of fresh snow, and a self-portrait in which she depicts herself as Leda, the maiden raped by Zeus. She has no photos, only empty frames. It’s all memory-adjacent, aides for conjuring feeling. The real memorabilia is intangible, the sensation those items evoke. Systemic extermination likely robbed Maude of relatives and possessions; her only protection against that loss is to unmoor herself, to live as presently and weightlessly as possible. 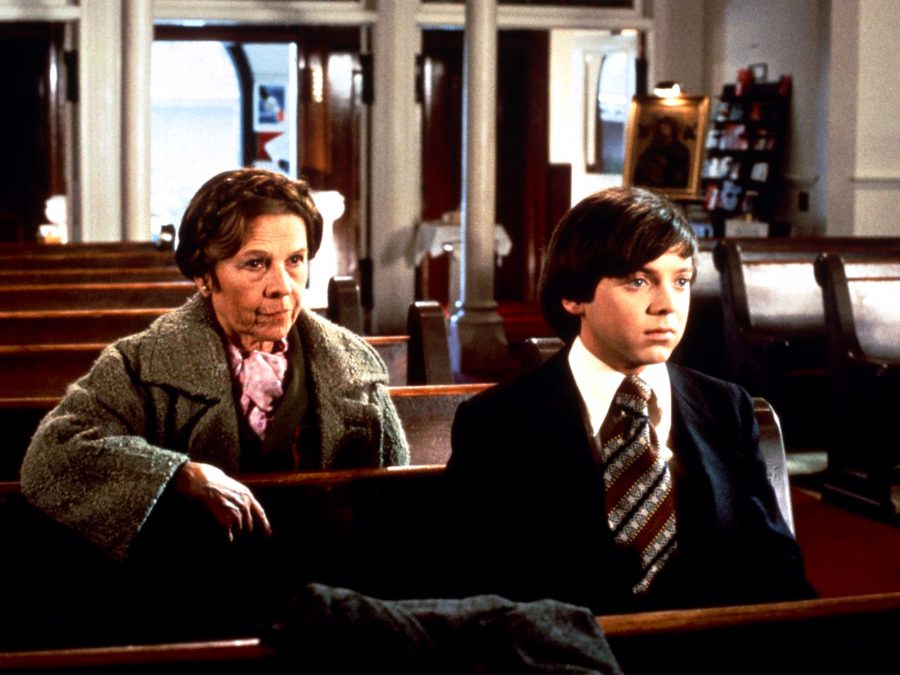 By contrast, Harold spends his days staging suicides. He deals solely in the tangible and the visible – hanging, stabbing, and setting himself on fire. He’s seeking some kind of reaction from his mother, but she barely bats an eyelid. Her apathy is contagious; Harold becomes desensitised to both life and the end of it, perpetually half-dead, disappearing into the margins of random funerals to get off on the contact high of grief.

Sitting in a field, Maude asks Harold what kind of flower he would like to be. “One of these,” he says, pointing to a swath of daisies. “Because they’re the same.” Maude protests, detailing their differences. “I feel that much of the world’s sorrow comes from people who are this,” says Maude, pointing to one daisy. “Yet allow themselves to be treated as that,” she says, gesturing to the whole field. The frame widens and we see that the pair are sitting in a veteran’s graveyard, a hillside of individuals reduced to rows of identical headstones.

The scene reminds me of an exhibit at the Museum of Tolerance in Washington DC: a room of countless pairs of shoes piled atop one another, all belonging those who died in the Holocaust, giving some shape to the unfathomable number of those executed. They are shoes like yours, but they are not your shoes, the point being that there’s a paradox in memorialisation: a need to acknowledge individuality and similarity all at once.

We never learn why Maude attends funerals, but likely it’s to reject sameness through ceremony, to honour the differences of the deceased and shake off the weight of such immense, senseless loss. Otherwise, life is just structures without substance, like the deadened bourgeois spaces Harold occupies, from his home, to his therapist’s office, to the quarters of the local priest.

Harold and Maude are most themselves in nature, places vulnerable to change and time: in a dreamlike sequence, they emancipate a tree from a sidewalk and shuttle it to a forest. Sunlight filters through the mist, almost as though they’re underwater. “The earth is my body,” says Maude, “but my head is in the stars!”

The therapist Esther Perel once said of her community of Holocaust survivors that “there were two different types of people: ones who did not die, and ones who came back to life.” Maude is very much the former; she understands that merely being alive is not the same as living.

Watching her joyful nihilism, I can’t help but think of my grandfather, the opposite type of survivor. Angry and deeply withdrawn, he quietly shaped his life around tangible memorabilia, working as a bookbinder restoring family bibles, torahs, and photo albums. He trafficked exclusively in preservation, clinging to life until it let him go.

Maude refuses to live past 80 because that could mean losing the senses that allow her to transcend whatever tragedy is tattooed on her body. She will not let herself become just a number. For her, suicide is agency, ceremony delivered via pill on her 80th birthday. It’s a quiet death compared to Harold’s juvenile bloodbaths. The physical show is integral to his idea of fatality; he’s never imagined death so soft.

In trying to save Maude – flailing, sobbing and blue in the face – Harold comes alive. When at last Maude goes, he learns what she’s been trying to tell him: the body is but an incidental; we all belong to the stars.