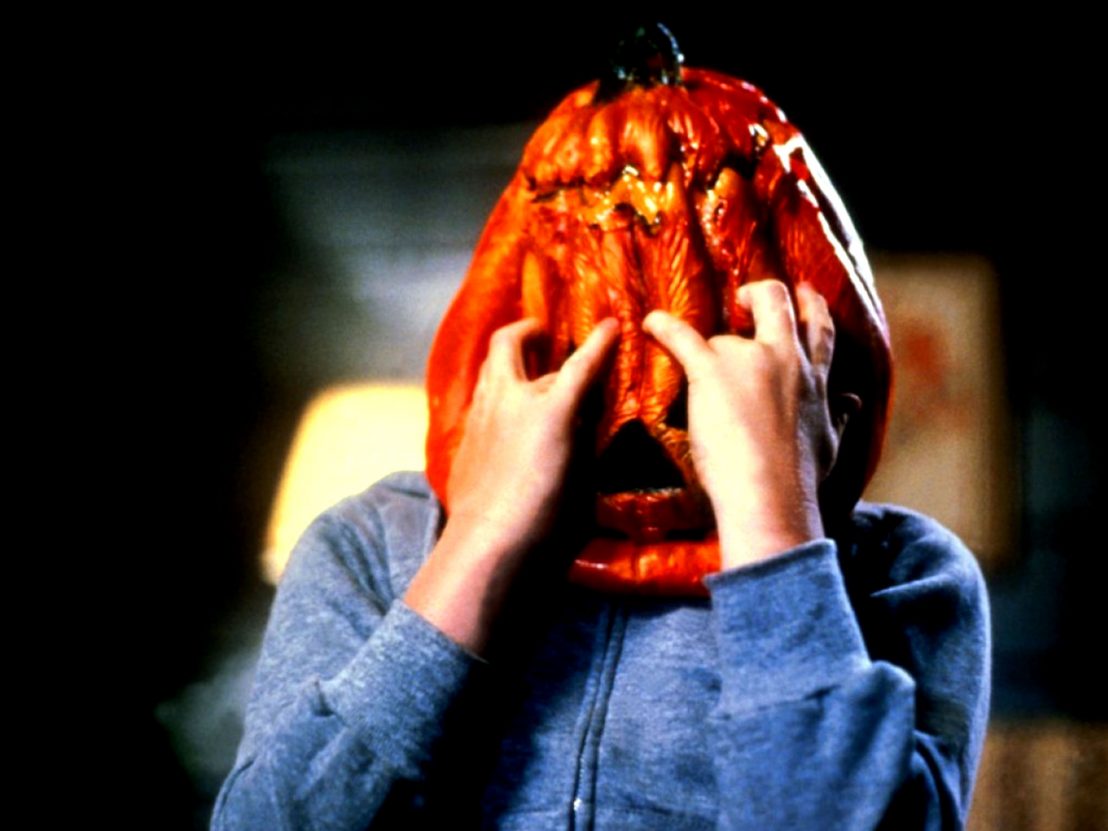 Fans of the Halloween series are a loyal bunch, having stuck with it through Michael Myers joining an ancient Celtic cult in part six, massive continuity flubs between entries and Michael getting his ass kicked by Paul Rudd, Busta Rhymes and even Donald Pleasance throughout various sequels. Michael himself has gone from the spectral bogeyman of John Carpenter’s peerless original to a lumbering punchline eternally doomed to return for mediocre sequels.

The fanbase recently got a shot in the arm with the announcement of the next Halloween, which boasts one hell of a line-up: David Gordon Green directs, Danny McBride is co-writing, Blumhouse are producing, Judy Greer is co-starring and even Jamie Lee Curtis is returning as original final girl Laurie Strode. Most surprising is Carpenter’s return as executive producer and composer, since Michael’s creator has been absent from the franchise for over three decades, having not wanted it to become a series at all.

Carpenter has long eschewed sequels, outside of Escape from LA, and has spoken many times of how his involvement with 1981’s Halloween II – where he acted as screenwriter and producer – was purely contractual. He once labelled it, “An abomination and a horrible movie,” and made sure the film ended with Michael blown to smithereens so he couldn’t return again. Since the studio was still interested in making Halloween a franchise, Carpenter and producing partner Debra Hill tried a different tact for the third entry. They wanted to make an anthology series centred on the holiday itself.

Hence, Halloween III: Season of the Witch was born, with a storyline unconnected to the previous movies. In fact, things briefly get meta when it’s revealed that the original Halloween is a film within the reality of part three. The story follows a doctor investigating the brutal murder of a patient, which leads him to a small town that manufactures special Halloween masks, before he eventually uncovers a conspiracy that will change the world forever. Put in those terms, the plot sounds almost straightforward, but that omits the killer robots, exploding heads and that scene with Stonehenge.

The story doesn’t make a whole lot of sense examined under a microscope, but where Halloween III succeeds is in creating a thick air of dread. Starting with the ominous title sequence of a digital pumpkin being formed through a television signal, to some downright disturbing murder sequences, the tone is relentlessly gloomy. Characters die painful, lonely deaths, with the bar being set high when a man’s skull is pulled apart only ten minutes in. Halloween III also breaks, with sadistic glee, the unspoken rule that you don’t kill children in perhaps the most unsettling sequence of the entire franchise.

Which isn’t to say the film relies on gore or shock value. Instead, Season of the Witch taps into the inherent eeriness of the holiday, incorporating its traditions and iconography into the plot in a way few other horror movies have captured – including the other Halloween sequels. The story is about the clash of modern technology with ancient traditions, but new director Tommy Lee Wallace infuses it with some Invasion of the Body Snatchers-style paranoia too. The movie has an odd tonal mix, making it difficult to classify. It has elements of a slasher movie, but it definitely can’t be labelled one. There’s a dash of paranoid thriller, a sprinkle of corporate satire, a pinch of Hammer Horror and a dollop of ’80s gore when necessary.

Miraculously, Wallace manages to wrestle these elements together in a way that gels. The film works exactly because it’s hard to pin down, making it hard to predict where it will go next. A goofy romance scene will give way to a disquieting murder, all while the excellent score drones in the background. The music was once again composed by Carpenter, with assistance from cohort Alan Howarth. It’s hard to judge how well Season Of The Witch would work sans Carpenter’s score, but the omnipresent synth feeds into the ever present paranoid mood. Special mention should be made of the maddeningly catchy Silver Shamrock commercial jingle that reappears throughout, which is set to the tune of “London Bridge Is Falling Down.” What starts as an innocuous, annoying tune becomes a literal signal of madness by the time the credits roll.

Needless to say, those who paid to see Halloween III expecting more of the same were utterly baffled and angered, and the film received scathing reviews. The anthology concept lasted exactly one movie, and when it came time to revive the series Michael Myers was dusted off once more; Halloween IV was even subtitled The Return Of Michael Myers to avoid confusion. For many years, Season Of The Witch was the series black sheep that written off and mocked, but things started to change around ten years ago. Thanks to video and DVD people started to rediscover it and separated from the backlash and weight of expectation, found it to be a solid, standalone horror tale in its own right.

Thirty-five years after being declared an embarrassing franchise killer, Halloween III: Season of the Witch is now arguably considered the best sequel. It’s not faultless; the central threat is daft and the attempts at comic relief don’t always land, but it’s a moody, stylish and experimental ride that’s more than worthy of its belated reassessment. Tommy Lee Wallace once lamented it might have performed better had it simply been called Season Of The Witch, so those expecting Michael wouldn’t have been disappointed. On the other hand, it’s unlikely such a bizarre film would have gotten studio backing without the Halloween brand name. In hindsight, it would have been fascinating to see where the anthology concept could have gone, because on the evidence of Season of the Witch, it would have been anything but safe.