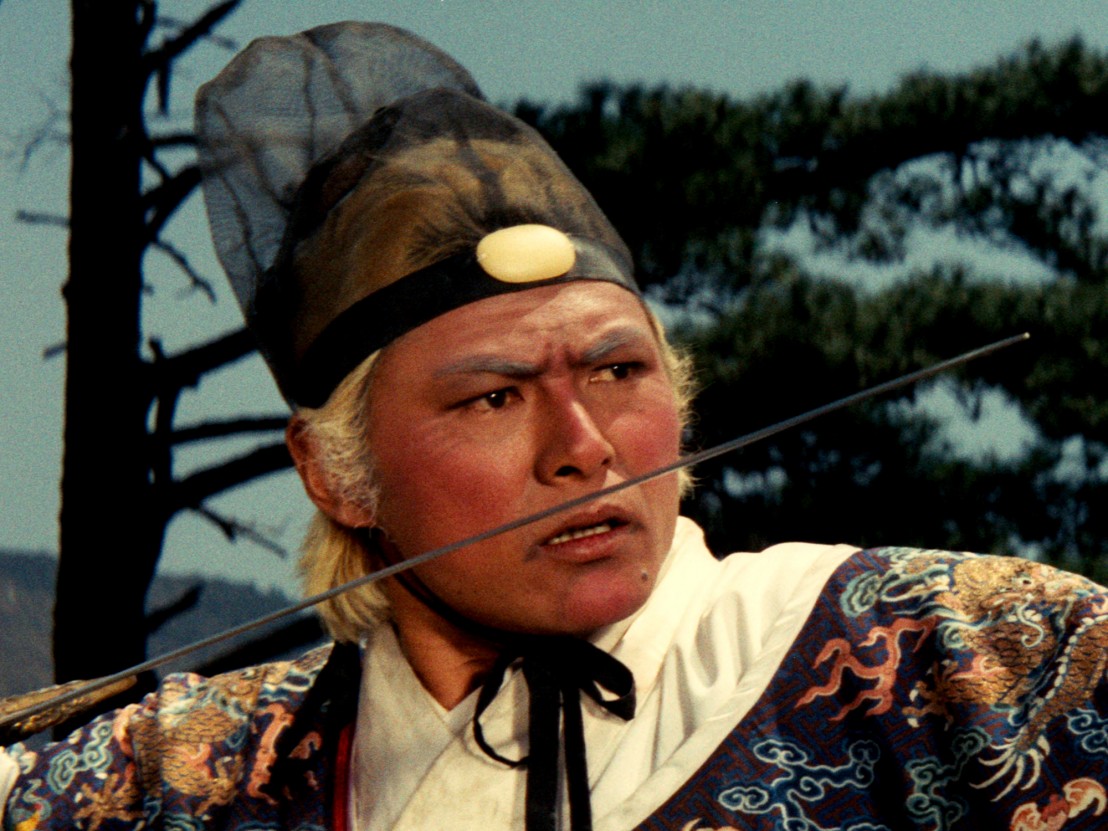 The main setting for The Hateful Eight is Minnie’s Haberdashery, an isolated stagecoach stopover, beautifully realised by production designer Yohei Taneda. It’s a trading post, bar, and restaurant where the film’s characters are holed up during a blizzard. Doubtless Tarantino took his cue for this setting from King Hu’s martial arts spectacular Dragon Inn (recently reissued on Blu-ray by Eureka). The titular location, a remote desert tavern, has been commandeered by bad guys ahead of a family they want to slaughter. Tarantino would surely have been tickled by the 1992 remake, where swordplay reduces one character to a skeleton.

As well as using music from John Carpenter’s sci-fi classic, the nervous tension of very cold men in a paranoid situation (“One of them fellas, is not what he says he is”) recalls the iconic blood test scene in The Thing. As one YouTube commentator points out, ‘Oh, Kurt Russell… When will you learn not to get trapped in a small building in the middle of a snowstorm with people who may not be who or what they say they are?’ And the strange, rather brilliant sequence in The Hateful Eight where two men struggle to set up a rope walk to an outhouse could quite easily be a deleted scene from Carpenter’s film.

Westerns weren’t traditionally noted for being gory and gruesome until Sam Peckinpah started shooting in colour and drenched the screen red. Obscure Spanish western Cut-Throats Nine raised the bar higher – or lower, depending on your outlook – with a truly nasty story about a gang of convicts being escorted through the mountains on their way to prison. When the film was released in US cinemas, patrons were given a Terror Mask (‘provided for your benefit – please use it’) to cover their faces during the violent sequences. In The Hateful Eight Tarantino shocks and surprises with some wonderfully inventive bursts of blood and guts – and if you need any indication of how important he feels these are to the film, special effects whizz Greg Nicotero is the first name in the end credits after the director’s.

In The Hateful Eight audiences get two films for the price of one – the opening chapters in the confines of a stagecoach, and then the long, fraught episode in Minnie’s Haberdashery. The Tall T, based on a story by Tarantino hero Elmore Leonard and directed by western supremo Budd Boetticher, is an archetypal stagecoach film, with Randolph Scott attempting to rescue an heiress from outlaws. At 59, Scott might appear to be a little long in the tooth to be a cowboy hero here. But hell, he was younger than Tarantino’s leads Kurt Russell (64) and Samuel L Jackson (66) are in The Hateful Eight.

The bulk of William Freidkin and William Peter Blatty’s horror masterwork takes place in one room, with a group of men fighting over possession of a girl who is evil incarnate. Ditto The Hateful Eight. Jennifer Jason Leigh’s character even starts to resemble The Exorcist’s Regan, drenched in gore and grinning mischievously at the carnage she has unleashed around her. Tarantino uses a music cue from The Exorcist 2, ‘Regan’s Theme’, by Ennio Morricone, who also wrote the score that appears in The Hateful Eight.

Who would have thought that Quentin Tarantino and Dame Agatha Christie would ever be mentioned in the same sentence? But then, Christie loved nothing more than offing more or less all her characters in grisly ways. In Christie’s Ten Little Indians, adapted for film and TV 10 times, 10 strangers are invited to a remote hotel on a snowy mountain, and killed off one by one. The 1967 version, where the likes of Shirley Eaton and Stanley Holloway are trapped in a snowbound mansion, features shootings, stabbings and hangings. In The Hateful Eight, Tarantino even uses one of Christie’s favoured methods of dispatch.

Tarantino revisits his roots in The Hateful Eight, using the basic premise from his explosive debut film – stick a bunch of people in an enclosed space and let them argue it out until tempers fray and no one is left standing. Tim Roth even gets to pay homage to his Mr Orange gut-shot howling.

There’s a recurring joke in The Hateful Eight whereby a door has to be held shut by two pieces of wood to stop the howling blizzard blowing it open, that becomes wearingly repetitive, and eventually hilarious. WC Fields’ short film The Fatal Glass of Beer, about a snowbound family with a rogue in their midst, contains a similarly hammered home gag – every time Yukon prospector Fields opens the door to his cabin (which might have copied wholesale for Minnie’s Haberdashery), he gets a faceful of fake snowflakes from the blizzard outside, and exclaims ‘It ain’t a fit night out for man nor beast!’ 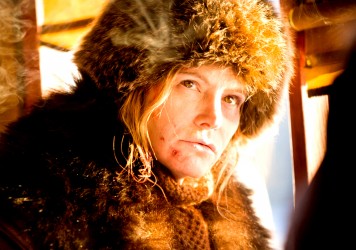 Watch the awesome trailer for The Hateful Eight

An octet of outlaws assemble for Quentin Tarantino’s eighth feature.