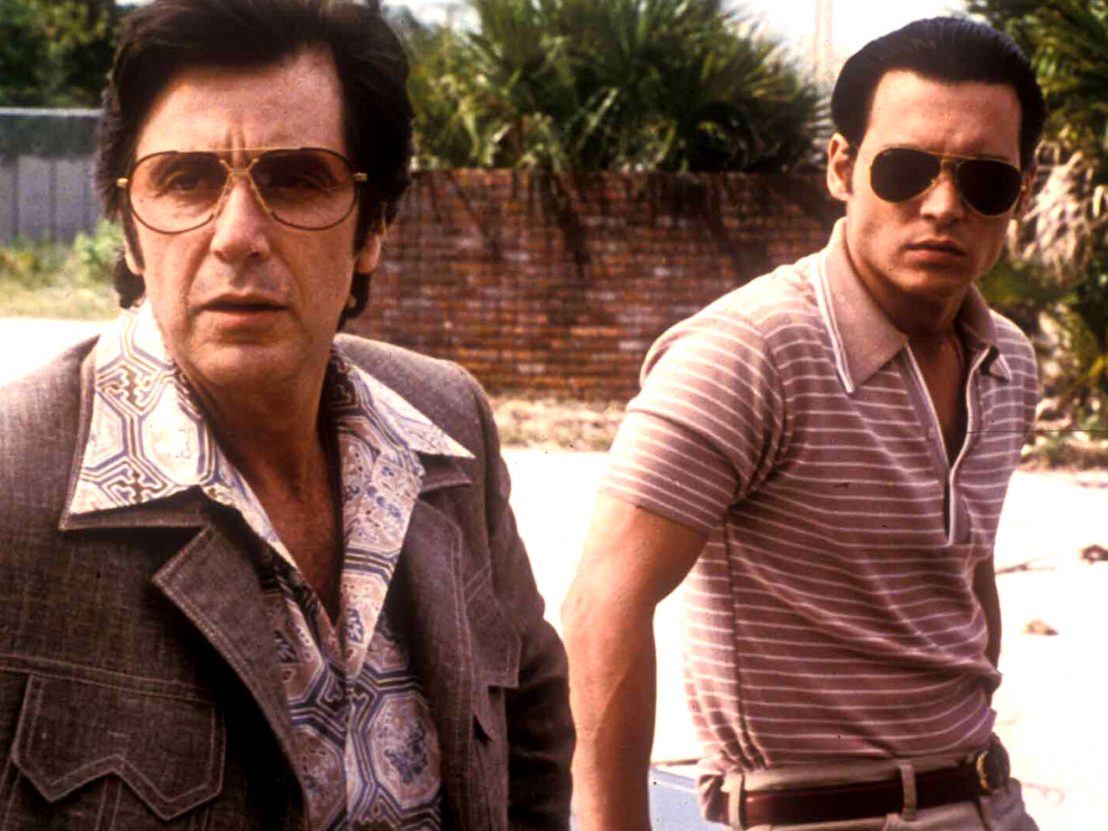 Ever since Martin Scorsese served up his glorious ode to Made Men back in 1990, gangster films have been silently screaming, ‘As far back as I can remember, I’ve always wanted to be Goodfellas.’ Indeed, arguably the last truly great mob flick arrived 20 years ago in the form of Mike Newell’s Donnie Brasco, which stars peak Johnny Depp as an undercover fed who becomes seduced by the mafia lifestyle.

“Why’d you pay for that drink? A wise guy never pays for his drinks.” This sage piece of advice is spoken by Benjamin “Lefty” Ruggiero (Al Pacino), an ailing gangster whose salad days of gunrunning and racketeering are firmly behind him, and who now spends his time arguing that Cadillacs are the premier American car. After becoming introduced to local jewel expert Donnie Brasco (Depp), however, Lefty reconnects with his past self and begins to tutor Donnie in the ways of the wise guy.

After taking a fugazi diamond ring back to a local clubowner in Lefty’s debt, Donnie proves himself a man to be taken seriously by punching the fraudster, taking the keys to his Porsche and leaving a bill in his pocket for the drinks. Lefty, impressed by Donnie’s display of strength, concedes that he still has a way to go if he’s going to make it into Lefty’s coterie of bootleggers and brawlers. First lesson: wise guys never pay for their drinks.

Of course, Donnie’s sudden shift from reserved jewel appraiser to ruthless right-hand man is just as surprising to the audience as it is to Lefty. That’s because Donnie is actually Joseph D Pistone, a real-life FBI agent who infiltrated two of the Five Families in New York City in the late ’70s. A pioneer of undercover operations, Pistone’s exemplary work within the Bonanno crime family becomes, in director Newell’s hands, a thrilling account of a man in a city where men like him are killed for kicks.

Depp’s central performance is a mesmerising lesson in total assimilation, with the borders of his double life blurring with every passing moment. Each inflection becomes more colloquial and street-wise than the last, each punch hits harder than the first. By the time he has become an object of near-paternal affection by Lefty (“I’m going on the record with you, nobody can touch you now”) it is no longer clear where Pistone the agent begins and Brasco the cold-blooded gangster ends.

Part of the reason for this is Pistone’s constant fear of having his cover blown. In one nerve-shredding moment in a Japanese restaurant, the wire he’s wearing is almost detected before the scene reaches its shockingly violent climax. So committed is he to his alter-ego that after a while we forget he is even an FBI agent at all; when Brasco fires a gun or throws a right hook we’re not seeing law enforcement in action but the rage and resentment of a man deeply rooted in crime.

Crucially though, even when he starts to become that which he sets out to destroy, we never stop caring about the man behind the leather jacket and aviator shades. “I am not like them, I am them,” Joe exclaims to his wife Maggie (Anne Heche), who expresses concern over his long absence yet is unable to halt his transformation. Second lesson: never let your fake name become your real one.

Twenty years on, Donnie Brasco remains one of the finest gangster movies of its generation. Viewed today, Pistone’s bloody descent into his own personal hell, with “Lefty” acting as the Virgil to his criminal Dante, is as brutal and compelling as ever. So much so much, in fact, that we think the film deserves to sit alongside Goodfellas at the pinnacle of the genre. And if you disagree, well, you can just, you know, fuggedaboutit!