Discover the slapstick joys of this 80s martial arts comedy 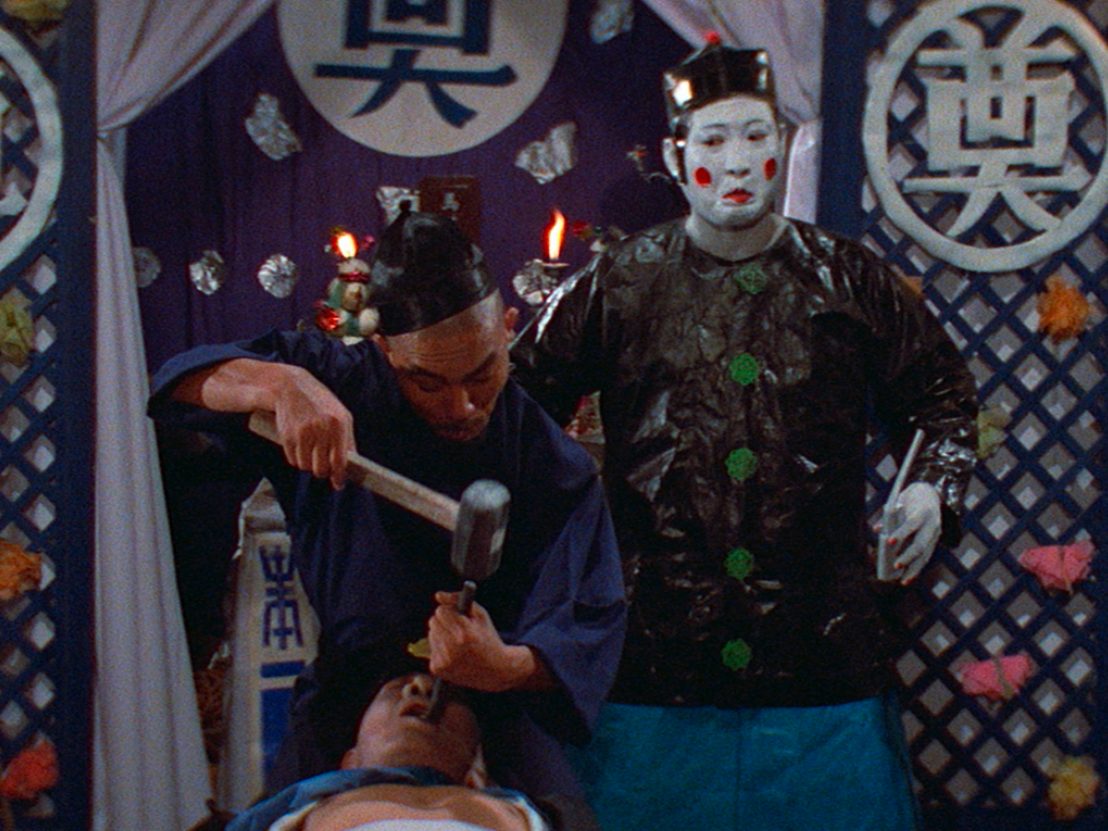 Wu Ma’s The Dead and the Deadly (Ren xia ren) opens abruptly. Having witnessed a man stealing into a woman’s home not a day after her husband has died, Brother Chu (Sammo Kam-bo Hung), known to everyone as Fat Boy, decides to engage in a kind of moral intervention. This will involve him disguising himself as the ghost of the dead husband, to shame the lovers from an impious act of adultery. Yet as Fat Boy carries out this macabre masquerade, the actual ghost of the husband will also appear, vengefully killing both his ex-wife and her new lover – and threatening to kill Fat Boy too.

Fat Boy comes to in the forecourt of his home and workplace, uncertain whether he has just survived a supernatural confrontation or awoken from a nightmare – but either way, this prologue introduces several key motifs. For in a paranormal film that resurrects the comic spirit of Hung’s Encounters of the Spooky Kind (1980), mortal imposture, phantom revenge, the confusion of the living and the dead and the intersection of human and ghostly motives, will all recur.

Fat Boy helps arrange funerals in the family business of his brothers and their Second Granduncle, the elderly Taoist priest Yee – played by Lam Ching-ying, in fact in his early thirties, and here paving the way for his similar rôle in Ricky Lau’s Mr Vampire (1985). When Fat Boy’s old friend Ma Lucho (played by the director, in a ridiculous prosthetic nose) turns up dead and to-be-buried, Fat Boy notices that Ma’s grieving wife (Leung Mei Hui) is heavily pregnant despite Ma’s impotence – and so our unlikely hero smells a rat and decides to investigate by disguising himself as a paper doll and keeping covert watch over the corpse.

In fact the prodigal Ma is only pretending to be dead – and even pretends to be his own ghost to throw Fat Boy off the scent – as he pursues a fraudulent scheme with his sham wife and her Priest lover (Fat Chung) to get their hands on his family’s inheritance. As the deal falls foul, the wife and the Priest have Ma murdered for real – at which point Ma’s actual ghost turns to Fat Boy for help in taking revenge, and soon Ma possesses Fat Boy’s body while Fat Boy himself is reduced to being a ghost. 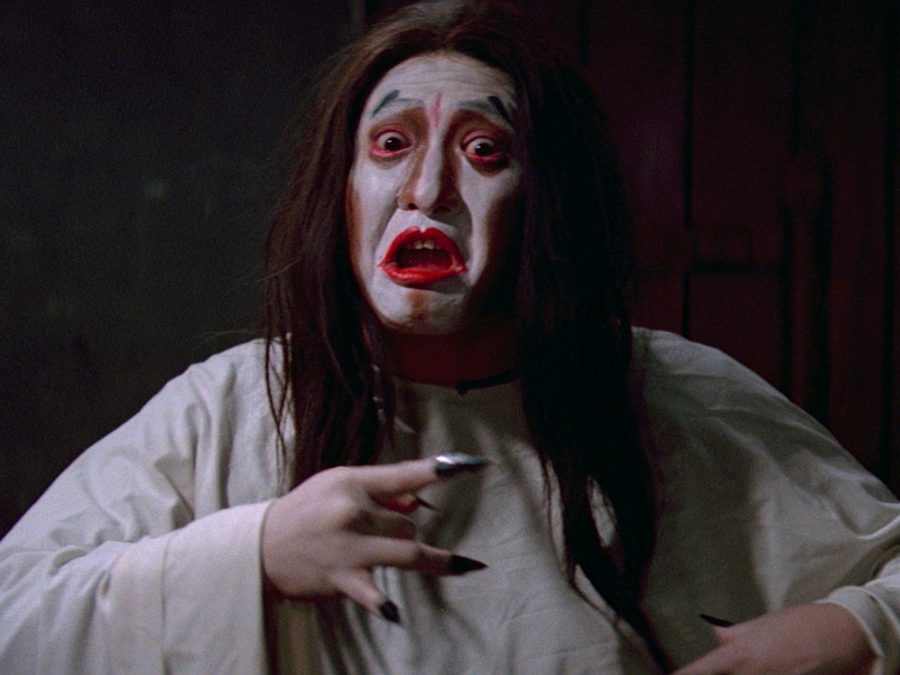 In other words, The Dead and the Deadly is a supernatural body-swap farce, with far more interest in its funny (-haha and -strange) business than in any real frights. Apart from old Yee, everyone here is in some sort of disguise, and even the mourners are hired. Sammo Hung may be best known for his martial arts comedies, but here the action is deferred till a good fifty minutes into the running time – and the non-aggressive Fat Boy fights only when he is possessed by Ma, with Hung getting simultaneously to embody one person while playing another, even as he does combat in a far more viciously vindictive manner than is normally associated with him. It is a peculiar dynamic, where the boundaries not just between the living and the dead, but between different characters, are constantly being clouded.

The screenplay by Hung and Barry Wong foregrounds many of the wackier aspects of Chinese folklore, while wholly inventing other rules for the supernatural. So we are treated to the part played in ghostbusting by women’s underwear and ‘feminine napkins’, by whips fashioned from leaves, and by boiled eggs placed in liquor bottles. It is even weirder than it sounds – right down to the left-field third act where the focus shifts from Fat Boy to his would-be girlfriend Miss Yuen (Cherie Chung), who was only briefly introduced in the film’s first half, but who now emerges as the film’s real hero, defying a trio of supernatural spectres to rescue her beloved from death itself.

Set in 1885 to an anachronistic synth score, and full of cheesy wire and matte effects, The Dead and the Deadly features several funerals, but also a marriage (with the groom, bizarrely, a cockerel), and while mortality may be a prominent theme, here death is not the end, making the message not just a grim memento mori but also a charming reminder to love, laugh and live while you can.

The Dead and the Deadly is released on Blu-ray from a brand new 2K restoration, 21st November 2022 as part of Eureka!’s Classics range.

Tags: The Dead and the Deadly