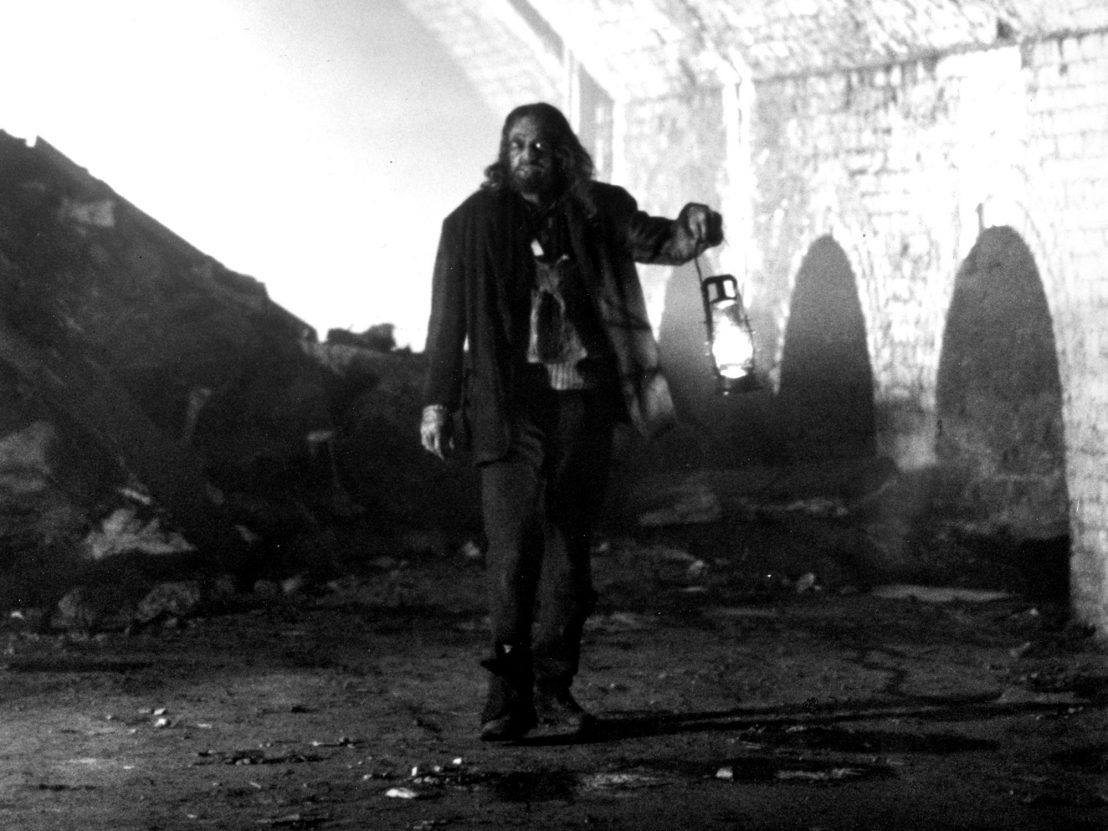 On the surface of it, Death Line is a pretty conventional idea for a horror movie. A network of cannibals are living under Russell Square tube station and kidnapping, then murdering, commuters. There’s the sardonic cockney detective, Inspector Calhoun (played by a giddy Donald Pleasance), as well as one of the most effective screen monsters ever committed to celluloid; Hugh Armstrong’s transformation as the film’s primary plague-ridden cannibal will make you feel both disgust and empathy.

Look a little deeper though, and you’ll find that Gary Sherman’s 1972 film contains an oddly prescient message about social inequality in London. This begins with seedy, wealthy Conservative minister James Manfred (played by British sitcom actor James Cossins) hunting for women across London’s Soho sex district. He treats a woman he meets on the tube like a piece of meat by asking her “how much?” before being kicked in the privates.

From the very first scene, a member of the establishment is framed as corrupt, with Manfred’s perversion and hunt for flesh effective exposition to the cannibal horror that follows. When two students find Manfred’s unconscious body on the platform, they rush for help. But by the time they return, it’s too late; something has already carried him off into the shadows. When Calhoun is later asked about Manfred’s disappearance, he replies: “What would a big shot like Manfred be doing on public transport?” The film’s message is abundantly clear: politicians and their constituents are not treated as equals.

Calhoun is briefed that the site where Manfred went missing is directly above an abandoned station where, back in 1892, a group of working class diggers (eight men, four women) were trapped after a ceiling collapsed. Their bankrupt construction company didn’t bother to send out a rescue mission because it would have cost too much money.

This revelation is uncomfortably relevant 45 years on, with many believing that the recent Grenfell Tower fire – which police say has claimed the lives of more than 80 people – was caused by the rich abandoning their obligations to the poor. In the case of Death Line, this relates to a company failing to pay to dig out their workers. In the case of Grenfell, it relates to the council reportedly failing to pay for safe cladding and sprinklers to protect their tenants from a fire. The film’s soundtrack consistently features the haunting sounds of screams and digging; echoes of an industrial revolution that has benefitted one side of society more than the other.

This message of social inequality stretches to the establishment too. When Calhourn investigates Manfred’s luxury apartment, Christopher Lee’s sarcastic, top-hat-donning, MI5 agent confronts him. After Calhourn says “fuck you!” Lee barks back, “This is beyond even your working class virility. The Manfred case is closed, are we clear?” This scene all but confirms a state cover-up, and also mirrors the conspiracy paranoia that has been circulating post-Grenfell.

When Armstrong’s cannibal hideout is finally discovered, it’s impossible not to be unsettled by the film’s grisly practical effects. The squeaking of rats reverberates off dirty walls, maggots feast on human flesh and discoloured organs hang off hooks as if being displayed in a high street butchers. A pregnant woman turns blue and takes her last breath as puss-filled warts pulsate across a face. A crying Armstrong cradles the dying woman and offers her the corpse of Manfred as sustenance, cutting his throat open and feeding her the politician’s blood. The two, who speak in indecipherable groans, are the last surviving members of a new generation born from the original workers. They’ve been breeding and feasting off the society above ground for decades.

Armstrong’s cannibal was originally intended to be played by Marlon Brando, though at no point is it possible to see how the legendary actor could have bettered it. When his cannibal, known as The Man, kidnaps a female student, he’s torn over whether to eat her or care for her. Meanwhile, each of the bodies of his cannibal relatives are shown in a crib – some skeletal, some decomposing – lovingly decorated with stolen jewellery. Even though his acts are obviously brutal, there’s a delicate side to his nature too. In many ways, Armstrong created cinema’s first three-dimensional cannibal. The Man is a dark evolution of Boris Karloff’s Frankenstein monster.

When Calhourn finally unearths the cannibal lair, he mockingly laughs at the sight of Manfred’s body, sighing, “God, what a way to live.” This line seems to suggest that Death Line is using the guise of an entertaining B-movie cannibal horror (it was renamed Raw Meat in US and promoted using an inaccurate sexualised poster) as a smokescreen to force viewers to confront the even deeper horrors of social inequality. Despite being beloved by modern filmmakers such as Edgar Wright, Death Line remains a largely forgotten British masterpiece. Yet its relevance grows every year the gap between the nation’s rich and poor widens.