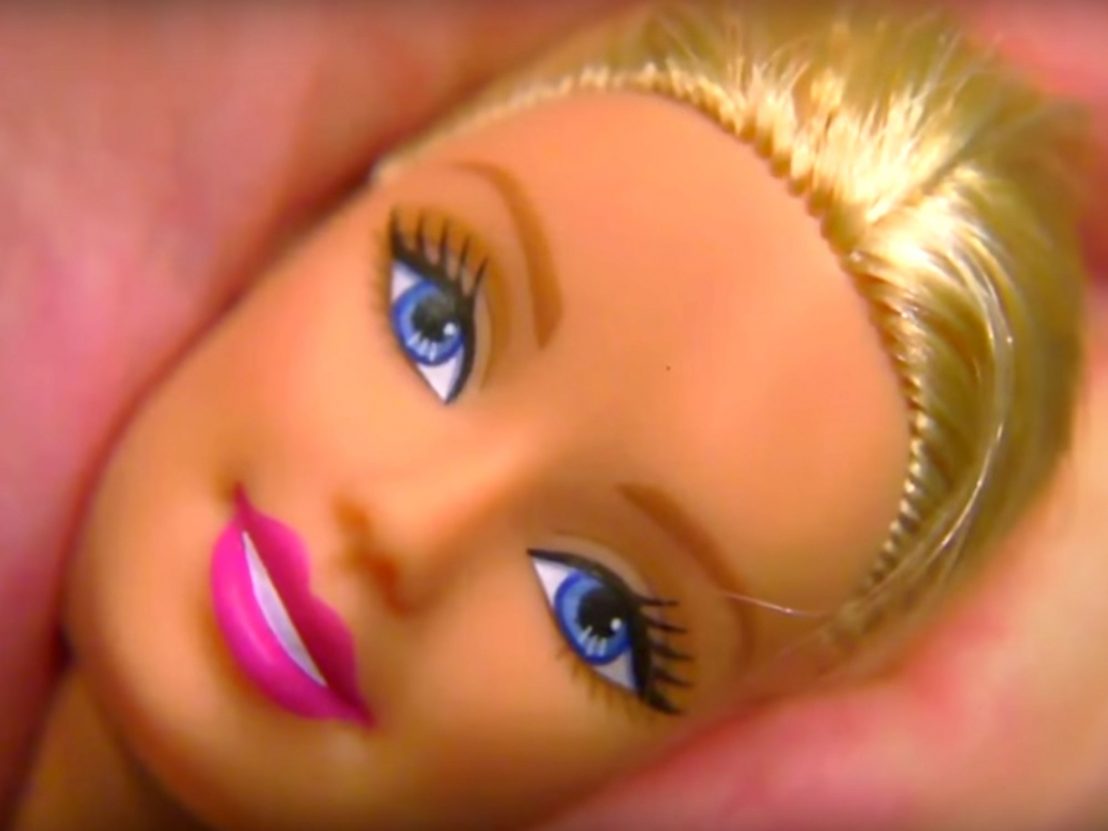 “Bullshit” is what David Lynch thinks about product placement. Yet the American filmmaker has shot more than 30 commercials over the course of his career, from perfume ads to public service announcements. “I do commercials to make money,” he remarked in a 2008 interview, “but I always say, every time I learn something: efficiency of saying something, and new technologies.” With that in mind, here are the best of the bunch.

This series of ads for Calvin Klein interprets quotes from F Scott Fitzgerald, Ernest Hemingway and DH Lawrence. Interestingly, two of the ads feature models who would later go on to star in Twin Peaks just a few years later. The Hemingway ad features James Marshall, who played the solemn biker James Hurley in the director’s landmark show, while Fitzgerald’s presents a kiss between Heather Graham (a late addition to TP’s second season) and a 21-year-old Benicio Del Toro.

It may come as a surprise to learn that David Lynch directed four Twin Peaks tie-in commercials. These ads for Georgia Coffee, named after Coca-Cola’s home state but marketed to Japan, even come with their own storyline. With the assistance of Japanese detective Ken, Special Agent Cooper searches for a missing girl. Each ‘episode’ contains clues, Log Lady cameos and plenty of canned coffee to go around.

Commissioned by the New York Department of Sanitation, this public service announcement was targeted at littering, specifically how it contributed to the city’s already rampant rat infestation problem. Lynch’s trademark use of sound to induce discomfort and terror culminates in an image of swarming rats imposed over the New York City skyline. We imagine plenty of viewers never littered again.

The rhythm of Lynch’s extended commercial for Armani’s Gio perfume is effortless, from the smooth flow of images at its beginning to the more jarring flashes and cuts of its musical finale. The expertise behind the camera is apparent, but it doesn’t really chime with the director’s distinct style.

This one is about as melodramatic as it gets, with the actress overcome by the mere act of opening the perfume. Yet the camera hypnotically plunging into the bottle’s dark interior is a trademark Lynch shot, most memorably associated with mysterious blue boxes and a severed ear.

Gerard Depardieu stars as a Samaritan so concerned over the welfare of a young girl who has fallen off her bike that he commandeers a restaurant kitchen to cook her a meal. The strange upbeat music of this commercial for the Italian pasta is so bouncy it ends up being a little unsettling, while the tone is clearly meant to be comedic.

If you were to imagine an adidas commercial directed by David Lynch, this would be it. The flashes of the fleshy inner workings of a runner’s body make exercise seem exceptionally unpleasant, and that’s before he’s tortured by scorpion silhouettes, electricity and fire. His break through the (literal) wall of pain to gracefully run among the clouds is as ludicrous as it is cathartic.

One of the most aesthetically pleasing of Lynch’s many fragrance commercials is this effort for Jill Sander’s Background. The visuals are striking, particularly the desert imagery which evokes Lost Highway. It doesn’t hurt that the score sounds like unreleased music from the Twin Peaks soundtrack.

This teaser for a collection of music videos from Michael Jackson’s ‘Dangerous’ album is exactly like what you’d expect the inside of David Lynch’s head to look like. A red room, bursts of flame, blue velvet curtains dropping from out of frame… it may sound like lazy autohomage but effect is quite special.

These four television idents feature relatively mundane scenarios infused with mystery, each ending with the phrase ‘Ever wonder?’ accompanied by the Sci-Fi channel logo. While Rocket isn’t worth writing home about, both Aunt Droid and Dead Leaves are surreal and witty, the former described by Lynch as “like a symphony, only the music is in the vacuum cleaner.” Nuclear Winter is the best of the bunch, though

Reverse motion makes a welcome return to Lynch’s repertoire after Twin Peaks immortalised the technique in our collective cultural memory. Part of a series of commercials that also featured Jean-Luc Godard and the Coen brothers, this short was shown in cinemas across Switzerland. The directors were given free rein, which explains why this is one of the weirdest that Lynch has made.

When looking to build anticipation for their new console, Sony turned to the surrealist director to advertise a ‘third place’ – a mysterious world that can be accessed through their games. The prevailing weirdness of these PS2 ads mean that a lot of unrelated creations have been wrongly attributed to the director. Yet the one that Lynch actually made is also the best, a minute-long journey through twisted corridors leading to the most bizarre creatures ever seen during a commercial break.

When Nissan first approached Lynch about the concept of ‘Do you speak Micra?’ we doubt they realised quite how seriously he would take the idea. He turned to surreal art for inspiration for the imagery of this ad, stating, “I think it was Magritte who put lips in the sky – this is a bit of the feel of those big beautiful lips speaking in a supermodern and very graphic city.”

Marion Cotillard stars in this atmospheric Shanghai-set short for Dior. Filmed with the standard definition digital video he used in Inland Empire and maintaining that film’s strangely-paced dialogue, this may be the closest any of these entries has come to having a narrative. It has familiar motifs of his work – sceptical authority figures, lost memory, and the feeling “that I have been here before”. Lady Blue Shanghai also boasts exquisite sound design courtesy of Inland Empire’s sound mixer Dean Hurley.

As creepy as the concept of David Lynch flirting with the head of a Barbie doll sounds, this is actually one of the sweeter commercials listed here. Playing himself, Lynch has a conversation with the doll (which he also voices), telling her about his own line of organic coffee sold through his website, then offers to get her one. Unsurprisingly, Mattel eventually requested that he remove the video from his website.

In a rare foray into 3D animation, Lynch’s most recent ad essentially used Christian Louboutin’s new line of nail polish as an excuse to experiment with shadows and lighting in a computer designed three-dimensional landscape. Whether this technology will come up in any of his future work, only time will tell.