articles In Praise Of Sponsored

Discover a classic, booze-fuelled sequence of female self discovery

In praise of Juho Kuosmanen’s Compartment No. 6 and a scene of human connection around shots of moonshine. 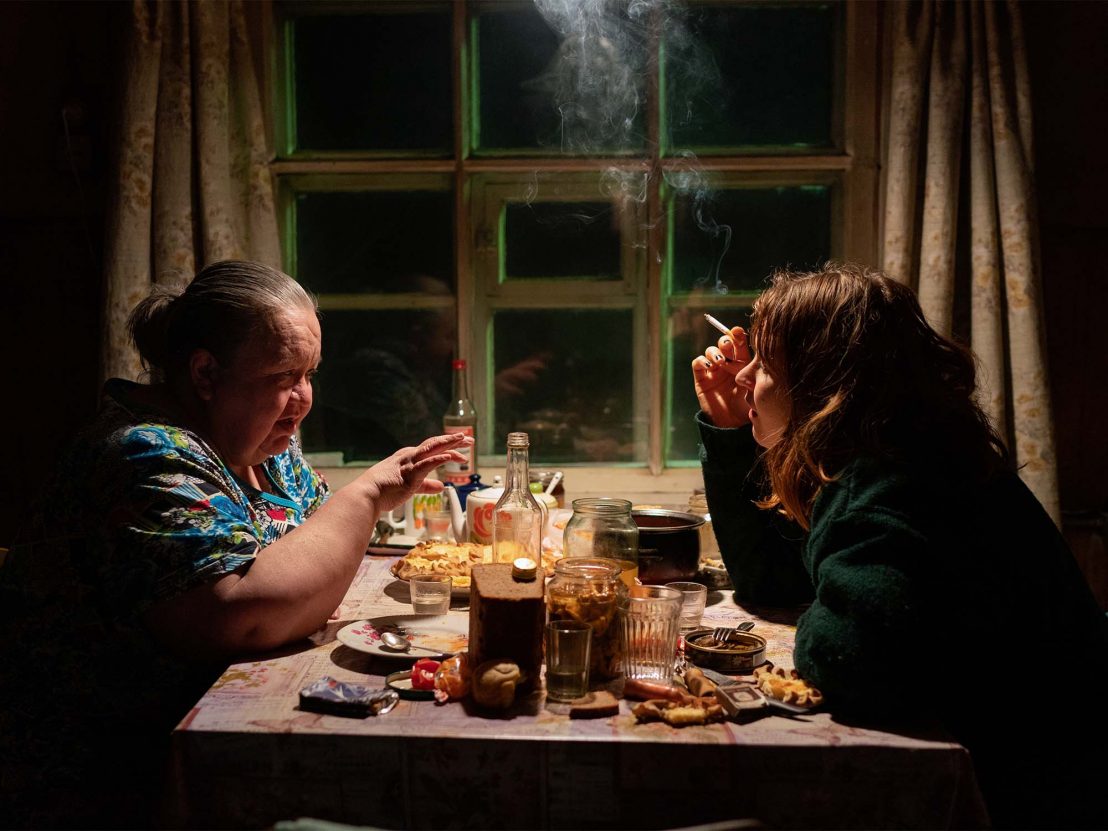 Laura (Seidi Haarla) is an aspiring intellectual from Finland who is ‘lodging’ at her girlfriend’s (Irina, a pretentious academic) place in Moscow. She’s there to sharpen her language skills and try her best to fit into a bohemian intelligentsia crowd of hippie academics, a crowd she’s clearly not cut out for. She soon sets out for Murmansk, the largest city north of the Arctic Circle, to look at millenia-old, recently-discovered petroglyphs. Despite the trip being Irina’s idea, she nonchalantly backs out of accompanying her. So Laura goes solo, and the closer she gets to Murmansk, the more their relationship dwindles.

Laura’s replacement bunkmate Lhoja (Yuriy Borisov) has a vodka bottle firmly grasped in hand, and seems to be your stereotypically virile, working class brute, whose kindness and fragility are concealed under his Soviet-style manhood. He’s en route to Murmansk to seek out a potential mining job, and his crude demeanour couldn’t be more different to Laura’s poised comportment.

Kuosmanen’s spatial awareness in his use of location very cleverly mirrors the relationship between the two. The train’s ongoing movement, as well as its stops and detours, signal that age-old road movie trope – the messy journey to self-discovery. Trains are (more often than not) uncomfortable, claustrophobic spaces and Kuosmanen’s camera is tightly squeezed to the cramped confines of carriages and narrow corridors. The widescreen aspect ratio makes the expanse seem vast and never-ending. Such several-day long journeys suspend their passengers in a transient non-place, where time seems to disappear as they rush through cities, villages, interesting landscapes and drab terrain.

It’s when the train makes an overnight stop in Petrozavodsk that the picture begins to breathe more slowly and freely. Ljoha won’t give up trying to win Laura over, and urges her to join him as he hot-wires a car to visit an elderly woman who appears to be his adoptive mother. “You’ll like her, you like old stuff and she’s really old … You’re so fucking boring! She’s got vodka! And an old Russian stove! And a cat!”, he insists. She finally gives in, not because she wants to, but to return a favour as he protects her from a menacing man who tries to oust her from the outdoor phone booth as she impatiently waits for Irina on the other end of the line (spoiler: she never picks up).

As soon as the narrow train confines are swapped for the expanse of the countryside, the relationship dynamics begin to shift, and that’s thanks to none other than that great equaliser: alcohol. Ljoha picks up some bottles along the way to the woman’s cabin, which is enveloped in a comfortable warmth. Shot magnificently on two-perforation 35mm, the camera moves ever-so-fluidly through the cosy interiors, while the use of light and tones of warmth amid snowy Russian landscapes are a welcome breath of fresh air.

Laura spends the evening drinking copious amounts of moonshine with the woman, long after Ljoha goes to bed. The older woman imparts her simple words of wisdom while doing shots of moonshine: Do what your inner self tells you. And so she does. Albeit understated, Kuosmanen’s camerawork always suggests that there’s much more than meets the eye, depicting infatuation with a realism that’s tender and charming, perfectly capturing that fleeting yet intoxicating feeling of having a crush.

Ljoha’s facial expressions slowly begin to reveal that his brooding exterior and machismo are products of having rarely experienced human kindness. The vaguely transcendental quality of alcohol in this sequence not only subverts the dynamics between the tentative pair, whose relationship begins to develop depth and dimension; it also illustrates the misleading nature of snap judgements, of rushing to evaluate whether someone is safe or dangerous, likeable or not.

Compartment No. 6 is released by Curzon and opens in UK cinemas & exclusively on Curzon Home Cinema on Friday 8th April. For more information on screenings and venues, head to Curzon.com.