Why Bound is the perfect queer Valentine’s film 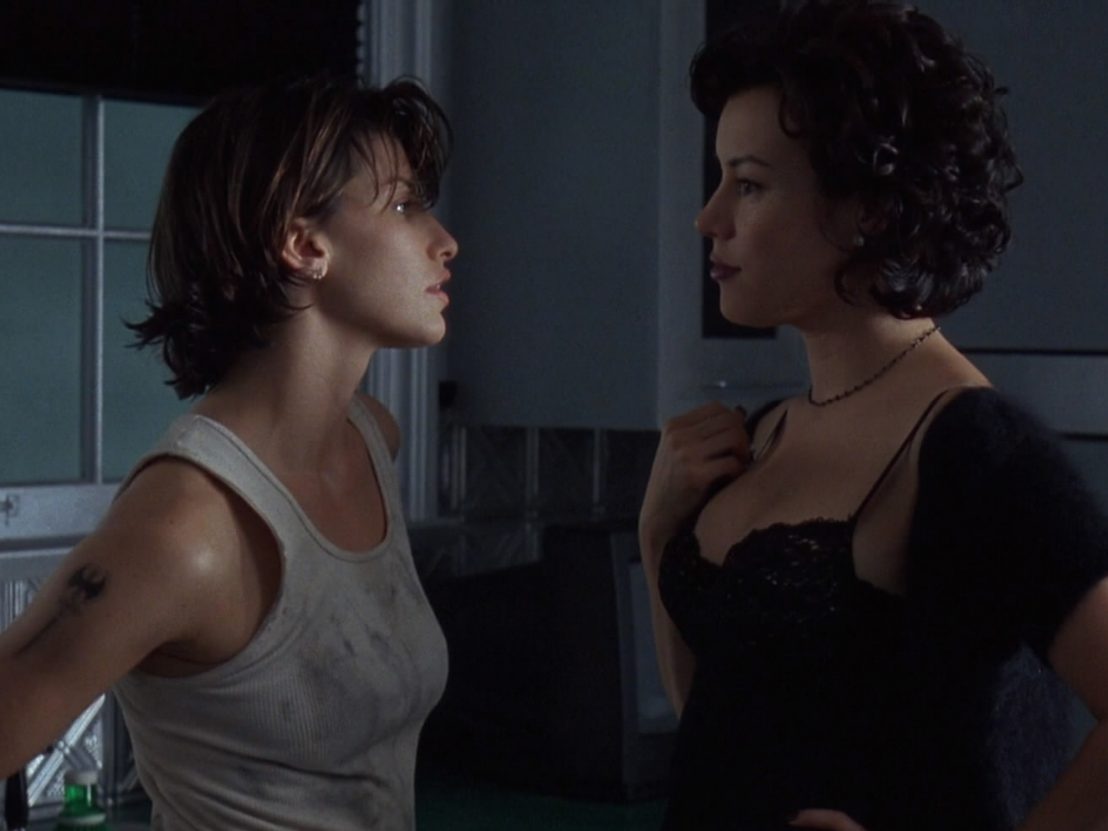 With a $6 million budget and a directorial partnership lacking feature film experience, 1996’s Bound was supposedly a mere stepping stone towards The Matrix franchise for Lana and Lily Wachowski. Studios were convinced that nobody wanted to see queer women in the mainstream. Jennifer Tilly (Violet) and Gina Gershon (Corky) were respectively told accepting their roles would damage their trajectory irrevocably. From an outside perspective, the last theme associated with Bound would be love.

Fast forward 23 years, and a 2019 BFI Valentine’s screening of the Wachowskis’ feature debut suggests otherwise. Among a sea of older viewers perhaps familiar with Bound on its initial release, sit doe-eyed teenagers, embracing the magic of a film made before some of them were born. In the darkness, there’s a quiet unification in love. Between the audience members, there are unspeakable wounds from Section 28, fresh faces that waved in equal marriage only six years before. Unknowingly, Bound asserts itself as the perfect Valentine’s film – undoubtedly a landmark for portraying women’s love onscreen.

The ideal Valentine’s viewing should contain a deeply complex romantic bond, an uplifting dose of energy, and the unbeatable sense of everlasting hope. With a classic noir structure, Bound subconsciously ticks each box, masquerading as an action-packed gang heist gone wrong. Every second on screen is passionately charged, from Violet’s doll faced “Do I make you nervous, Corky?” to stolen brushes of the skin, illicit connections forming under the nose of an oblivious chauvinistic pig. It’s a win for women everywhere. And it’s exciting.

The Wachowskis know how to do sexy. Regardless of watching alone or with others, sexuality oozes from every speck of cinematic colour, the devil in each distinctive detail. Corky and Violet’s first sexual encounter feels almost pornographic, giving layered nuance to the narrative tropes typically used to satisfy a man’s needs. The line “I’m trying to seduce you” references The Graduate, but here firmly cements a queer romantic confidence previously lambasted. 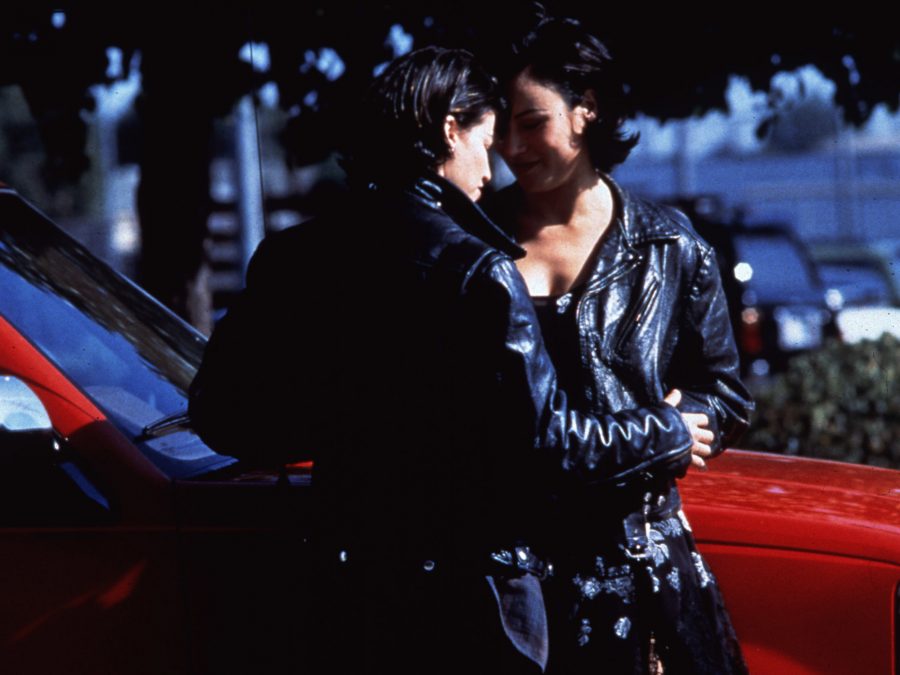 For many queer people, there exists a fantasy of encountering the object of their desire in the right place at the right time; Bound acts as an unashamed cinematic articulation of that. When Corky asks why Violet is trying to seduce her, she replies “because I want to”. This public masterclass in queer ownership of feelings sets the precedent of acceptance – a sexy, safety blanket that marginalised communities can enjoy repeatedly.

What’s most surprising is that Bound’s narrative is beautifully tinged with comedy, but the Wachowskis make it clear – you’re not laughing at the idea of two women in love, you’re laughing at the humanistic mishaps involved in getting there. Refreshing, queer emotion is never viewed as the butt of a joke. Instead, the comedy delivers itself through subtle directorial choices – the exchange of a coffee cup, the dropping of an earring down a sink. Queer joy makes itself known, further fleshing out the realism effortlessly built into each scene.

The pairing of Violet and Corky is a spectacle in its own merit. Following on from her  role as icy topless dancer Cristal in Showgirls, Gina Gershon’s turn as the masculine-coded Corky made her a gay icon two times over. Between the pair, she proves that gender is a construct that sexuality and desire both transcend. As Gershon’s counterpart, Jennifer Tilly does what she does best, breathlessly leans into a renewed idea of self-assurance. Violet seduces with no regrets, long fingernails and an individual resilience that can be mapped onto the LGBTQ+ community. This pair are not caricatures of queerness, rather a yin-yang dance between untapped facets of identity that make falling in love the easiest thing in the world.

Aside from queer romantic entanglements that defy time, there’s something more meaningful to watching Bound with hindsight of the Wachowskis’ personal journey with gender identity. Though Bound acts primarily as a vehicle for two cisgendered women’s affection, revisiting it serves as a reminder to fall in love with your true self. Much of the Wachowskis’ work touches on their personal transitions, with the idea of love liberating all arguably the fore of their thematic choices. Contextualising the significance of love through this lens is a Valentine’s gift that obliterates existing socio-capitalist norms.

Most importantly, Bound provides the romantic ending that any queer person deserves to see represented. Unlike many of the cinematic greats that came after it, Violet and Corky muddle through their amateur crime spree to leave, in love, together. No deaths. No grip of grisly time periods. No man or ‘high power’ to determine the worth of their love. The role of the male subplot (anchored by Joe Pantoliano’s Caesar) is needed, but purely to show that queer life doesn’t have to suffer at the hands of heteronormativity. As a filmic artefact, it’s priceless. As a Valentine’s Day pick fuelled by romance, sex and life itself, Bound is the unrivalled match in satisfaction that everyone can see themselves in. 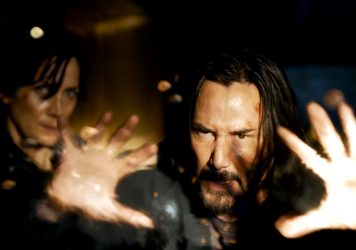 This long-awaited sequel is a revolutionary and radical capstone to the Wachowskis’ awe-striking cyberpunk trilogy.