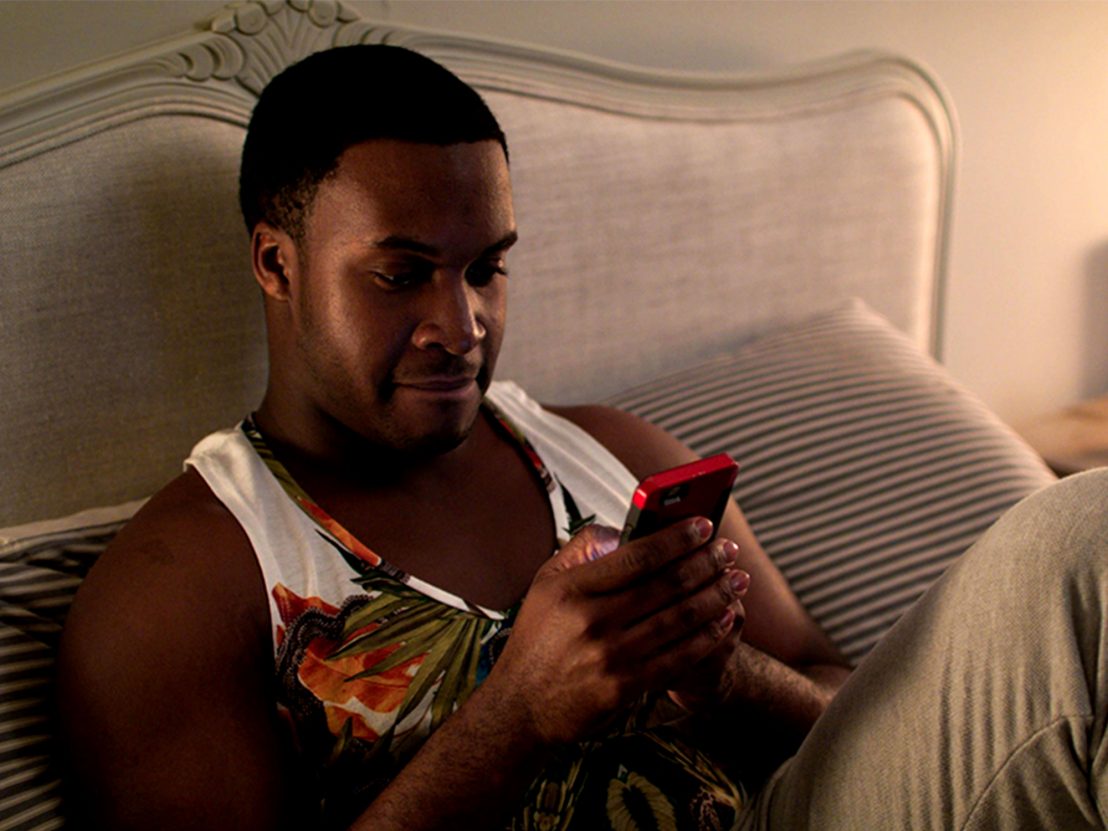 Inclusion, tolerance and defiance were the self-stated aims of this year’s Iris Prize Film Festival in Cardiff, a perspective- and genre-spanning showcase of queer cinema that constitutes keen practice of the principles the festival has preached en route to becoming the world’s largest LGBTQ+ short film prize. In this 50-strong slate – 36 films competing for the £30,000 top prize, 15 comprising the Best British Short sidebar, and one crossover – Iris’ 13th edition brought to bear a cross-continental consideration of the contemporary queer experience. Here are six standouts showing new directions in its cinematic expressions.

My Brother Is a Mermaid

Alfie Dale’s endearing effort in magic realism earned the unprecedented honour of scooping the Best British Short prize alongside the category’s audience and youth jury awards. That triple-crown glory is an apt indication of this sensitive portrait’s likely crossover appeal: a tender outlook on childhood innocence and unconditional love, it’s told from the perspective of a seven year old as his older sibling comes out as transgender. Experienced in the depiction of marginalised communities from a prior short set among the Roma community, Dale – himself cis – took care to cast a trans actor in the lead role and worked extensively with charity Mermaids to ensure a faithful portrait of trans youth experience. The result is a gorgeous short as steadfast in its representative resolve as it is singular in its empathetic importance.

In a wider film culture ever awash in the controversies of casting cis actors in trans roles, Iris’ core commitment to inclusive representation is a welcome vision of the world as it should be. Yet newer ground was broken here with Ponyboi, tipped as the first narrative film directed by and starring an intersex actor. River Gallo offers a dynamic display of vitality and vulnerability as the eponymous sex worker, as his direction (with Sadé Clacken Joseph) invokes western and road movie tropes to gently underminine gender archetypes in those most American genres. It’s a convincing proof-of-concept toward a planned feature expansion; with co-production credits here for Emma Thompson and Stephen Fry, Gallo seems set to repeat that first distinction at full-length.

The queering of genre is critical, too, in David Velduque’s Cronenbergian chiller, ample evidence of his experience in commercials and short films to date. Capably drifting from the heat of a hook-up to handheld horror via his rigorous visual control, this visceral work thrives on atmospheric versatility to deliver a concise and cutting take on serophobic self-loathing. But the fears underlying Stigma are far more than ghettoed gay concerns: its remarkable impact is in building on its frank queer sex scenario to develop a broadly resonant portrait of the prejudices and hang-ups that deny us connection, in expressing with its well-executed body horror squirms the universally-felt pain and isolation of being held apart.

Whether casting aside tragedy tropes that once came as inevitable or bringing to screen the erstwhile underseen, these shorts as a whole present a community increasingly intent on being seen in its own terms. Taking that to transgressive extremes with a trail of dropped jaws assured in its wake, Grammy-nominated music video director David Wilson’s Deep Clean puts to film an audacious performance piece by Harry Clayton-Wright. With a colour palette and set design that gestures to the not-so-distant days of Sirkian nose-tapping and happily thinks fuck that, this truly stunning short might comprise film history’s most intimate use of a household appliance. Bracing in its defiant reclamation of screen cabaret’s queerness, Deep Clean is a work of legitimately radical power.

How to Live Your Life Correctly

From queer reclamation of domestic space to queerness as national threat in Xindi Lou’s energetic tale of Chinese conformity and youth in rebellion. Dynamically shot with satiric and stylistic abandon, boasting the scale of an epic in the slimmed-down shell of a short, How to Live Your Life Correctly delights in its affecting nascent lesbian love story set against the backdrop of rigorous social control. Lou’s assured use of colour and an eye for spatial composition contrast with a flaring surrealistic edge for a satire light on its feet and lingering in its effect. In its nimble critique of state-sponsored othering, it finds defiant force as an object of dissent – like the best of this year’s Iris offerings, meeting an oppressive gaze with its own steely-eyed stare.

It’s partly in the implicit contrast of widely-divergent rights for LGBT+ communities worldwide that Deep Clean’s uncompromising flaunting of freedoms not universally available derives impact. That’s a link more intently evoked in Jared Watmuff’s disarmingly funny Hey You. A multi-hyphenate helmer with teeth cut in micro-length shorts, Watmuff distinguishes himself here primarily in the edit: his movie is mercilessly concise and match-cut to perfection, visually conveying the tension of an app hookup in the making with a deft formal control that marks him one to watch closely. Its slow and then sudden reveal is an immense achievement of pacing, managing in its four mostly dialogue-free minutes a build-up of assuredly cinematic skill.

For more on this year’s Iris Prize visit irisprize.org