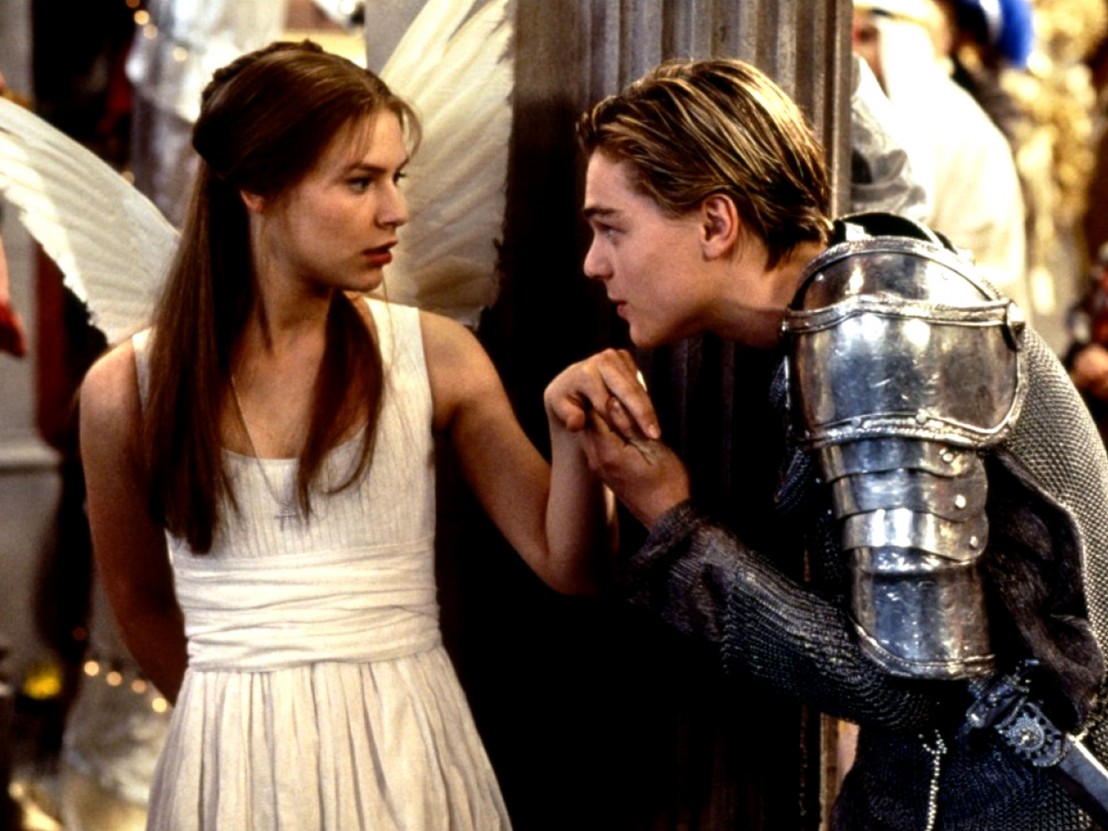 To celebrate the 20th anniversary of Baz Luhrmann’s Romeo + Juliet, we decided to revisit the film that established Leonardo DiCaprio as a romantic lead to check whether the passing of time had poisoned its charms or given it wings.

“Did my heart love till now?” murmurs Romeo Montague, fixing his baby blues on the daughter of his family’s mortal enemy, Juliet Capulet. It’s a question that those of us watching him (watching her) have had cause to ask ourselves over the years. At 22 Leo is the classical image of love’s young dream. His hair is floppy; his body golden. His face is delicate; his eyes smouldering. He delivers Shakespeare’s lines by turns in earnest whispers and passionate eruptions. He emotes gently and then at 10 on the melodrama scale.

Matching Juliet to her Romeo is essential work for any director hoping to mount a memorable production. For an accelerated love-at-first-sight-then-marriage-within-24-hours romance to work, the chemistry must be palpable from the beginning. The lovers must suit each other, emotionally and physically, while contrasting in a complementary way. Danes is a presence that the camera can’t pin down – sometimes plain, sometimes breathtaking. She is pale, sheltered and innocent but her capacity for love is immense and totally charming.

You want the chill-out melancholia of Radiohead’s ‘Talk Show Host’ as Romeo is introduced while writing a poem in twilight? You want the pure-grade schmaltz of Des’ree’s ‘Kissing You’ as Romeo and Juliet first clap eyes on each other through a tropical fish tank? You want the rowdy guitars of Everclear’s ‘Local God’ as the Montague blokes speed along the freeway? You want Mercutio in sparkly drag leading a drugged up party in a rendition of Kym Mazelle’s ‘Young Hearts Run Free’? The range of music on this soundtrack – which also includes Garbage, The Cardigans and The Wannadies – is brilliant, with each song perfectly matched to moments that bring out their pulse.

Baz Luhrmann is not a subtle filmmaker and his flair for rich settings found its match in arguably the most enduring tragic love story of all time. His enjoyably gaudy update on Shakespeare’s 16th century setting include: Hawaiian shirts all round; a masquerade ball powered by fireworks and ecstasy; turning swords into guns and wryly labelling them ‘long sword’; Romeo and Juliet kissing while plunging to the bottom of her personal swimming pool; Romeo in armour and Juliet in angel wings kissing in a lift as the gold doors clothes on them; framing the story with media announcements in which a dead TV set crackles to life and a newsreader sombrely begins, “Two households, both alike in dignity in fair Verona where we lay our scene…”

6. The strong message about the importance of checking for mail

One of the most stressful aspects of watching Romeo + Juliet is that you really want it to end well. It says something about the irrationality of hope that as the film hits optimistic narrative touchpoints, you think, ‘Well, it has ended in tragedy for the last 400 years but maybe this time is the charm!’ The point at which Romeo could have made a better life decision and transformed his story from a world-famous tragedy into a mumblecore-style happy ending is when he is living in a caravan in exile in Mantua.

A very important message is delivered on a slip of paper. It flies out of his letterbox and comes to rest in the desert sand but it’s still right there. Then his buddy Balthazar arrives with seemingly terrible news and Romeo starts screaming at the heavens, when he should be combing the desert floor for correspondence. Then, as Romeo tears off in a car, a second delivery boy pulls up bearing a message that would have saved key lives but our hero is blindly encased in his feelings and doesn’t notice. There message is clear: check – really check – your mail before you zoom off to meet your tragic fate. 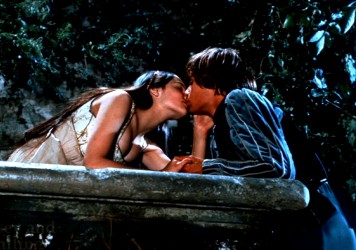 Franco Zeffirelli’s traditional retelling of the most famous love story ever told is one for Shakespeare completists only.