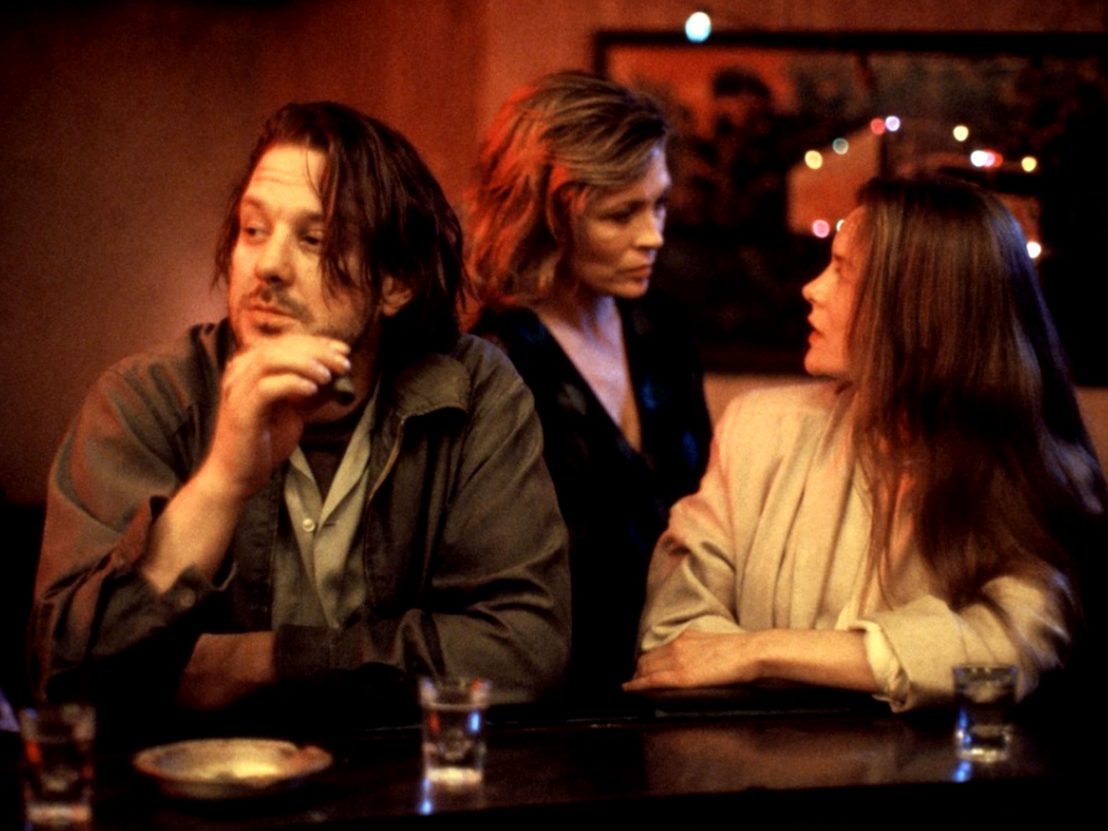 “Writing was never work for me. It had been the same for as long as I could remember: turn on the radio to a classical music station, light a cigarette or a cigar, open the bottle. The typer did the rest.”

Charles Bukowski, eminent drunkard and raconteur, made a career out of immortalising America’s down-and-outs in all their inebriated glory. A figure that stalks the perpetual American barscape, Bukowski’s name is, for most people, synonymous with blue collars, grit under the fingernails and whisky on the breath. He became a deity for the dispossessed, and his writing endures in all its precise, minimal beauty.

In 1987, Mickey Rourke assumed the role of Bukowski on the big screen, starring as Hank Chinaski in Barfly. With a screenplay by the literary lout himself, and a protagonist that smacked of his dive-bar charm a little too potently, Rourke transformed himself into Bukowski and assumed his place in the LA nocturne without missing a beat.

Based on Bukowski’s own experiences as a washed-up screenwriter in the hazy pool halls and dingy cocktail lounges of Los Angeles, Barfly traces Hank Chinaski’s struggle to earn a living as a freelance writer and full-time beer enthusiast. His nights are spent in the alley behind Eddie’s bar, his usual haunt, fighting the owner in a bloody and futile quest for place and purpose. Hank is an intelligent, if reckless, example of wasted talent, and no one is more keenly aware of his dire straights than he is.

The only solace he finds in a life filled with half-forgotten twilight dreams of stardom is Faye Dunaway’s Wanda, who he meets propping up a bar looking as dejected and lost as he is. Their relationship, as turbulent and hostile as the singular lives they led before meeting, is the film’s – and Bukowski’s – offering of hope in a neon-world of has-beens, would-haves, and never-mores.

Rourke’s performance is wry and knowing, his roguish smile forever adorned with a split lip. His enunciation emulates Bukowski’s, gruff yet eccentric with constant inflection, and he walks with a perpetual stoop as if he’s just awoken from the doorway of some downtown storefront. He convinces us not simply to believe in him, a figure of low moral but high charisma, who makes being unwashed and dispossessed look simultaneously repellent and appealing, but to trust that he knows what he’s doing. Noses turn at his destitute, flophouse lifestyle, but his sheer lack of care and free spirit keeps his character, and our interest, alive. 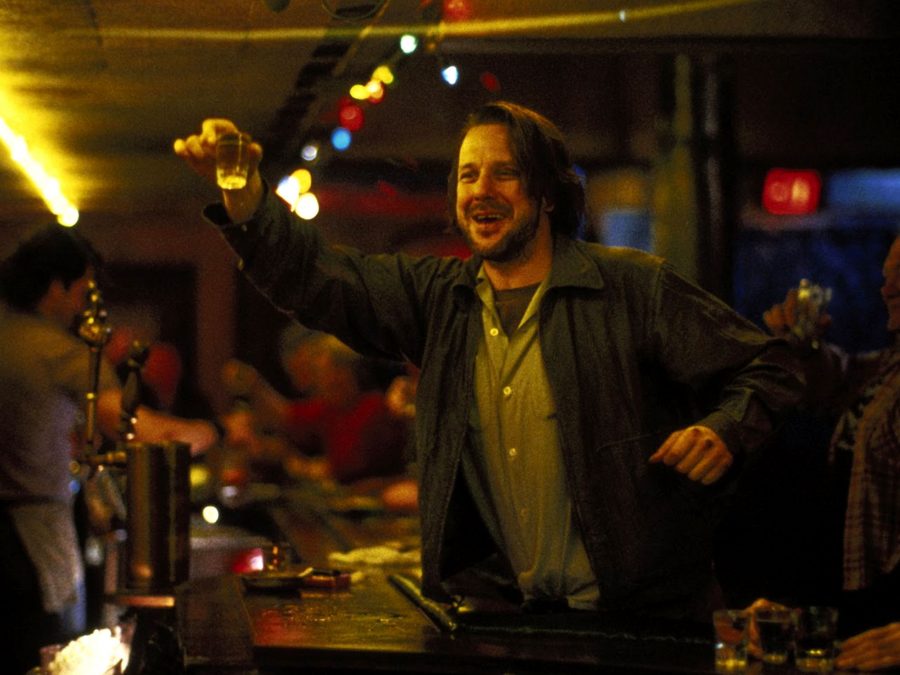 “Some people never go crazy. What truly horrible lives they must lead.” Bukowski’s screenplay is, for all intents and purposes, the life and soul of this film. Tom Waits sang in the decade prior about “the heart of Saturday night”, and it’s hard not to see Bukowski’s rendering of this heart in Hank and his endless pilgrimage through West Coast nightlife. The Beat generation hangs heavy over all of Bukowski’s writing, with this screenplay attesting to the romantic lives of drifters and dreamers that drank heavily, smoked daily, and never stopped searching for their own heart of Saturday night.

Barbet Schroeder’s direction gives Bukowski’s wonderful script centre stage, capturing the sleaze and licentiousness of Los Angeles in the cosy locales that give it that post-sunset glow. In the novelisation of his experiences writing the screenplay, and becoming a part of the Hollywood lifestyle, Bukowski presents a troubling balance between staying true to his everyman writing rituals and down-to-earth mentality and the glamour of working beneath the world’s most famous sign. In the novel ‘Barfly’, he writes ‘All is fair in hate and Hollywood’, and it’s hard not to imagine a smiling Hank Chinaski in some corner booth, smoking and writing that little soundbite onto the back of a beer coaster.

Bukowski lived and breathed a side of LA that exists in the shadows, down back alleys and behind dumpsters. Barfly may be the closest any of us will ever willingly come to being destitute and alone, in a city that delights in breaking the dreams it manufactures as a matter of course. 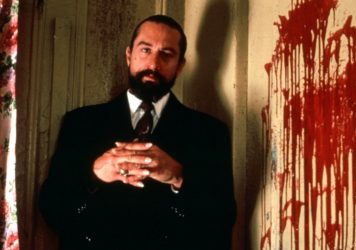 Why Angel Heart still haunts us 30 years on

Alan Parker’s violent tale of private detectives and devil worship is a heady blend of neo-noir and horror.