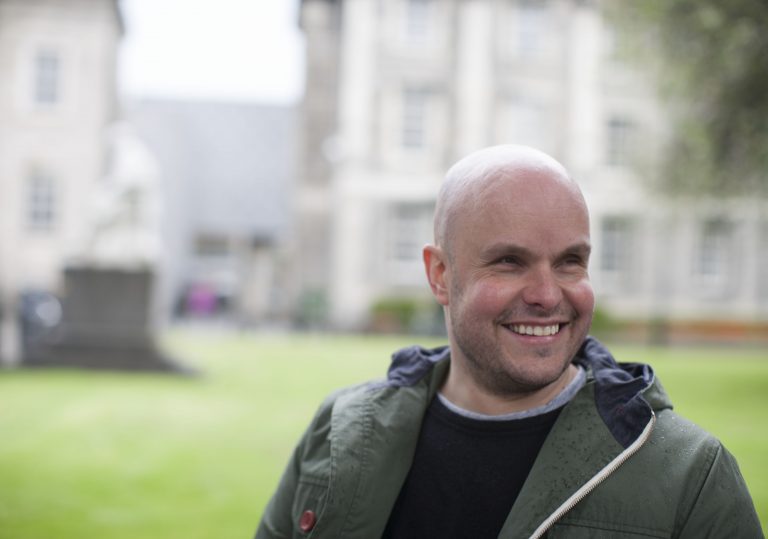 This was the leading documentary in the Irish box office for 2014, before being given a wider release.

Of course it’s possible to tell a really good story, but still be a lacklustre film. There are loads of awful adaptations of Romeo and Juliet.

The watchword is ‘convalescence’. It aims to depress, before leaving an optimistic aftertaste.

A sentimental portrait of a man who constantly triumphs over physical adversity.

Irish box office documentary hit Unbreakable: The Mark Pollock Story treats its subject with such idolisation that it seems like a hagiography or saint’s life, rather than an objective biography or human interest story. After losing his vision as a child, Mark Pollock went on to become the first blind man to complete the Amundsen Omega 3 South Pole Race.

Pollock suffered further misfortune in 2010 when, after falling from a window, he was diagnosed as paraplegic. Yet somehow he makes the best of the worst. He remains committed to regaining the use of his legs, and has been involved in medical research, testing new spinal injury treatments. Throughout the film, director Ross Whitaker uses shots taken from cars, planes and sleds in transit as a recurring motif, giving the impression of Pollock’s surge across the earth despite his disabilities.

Faced with such solemn subject matter, it can sometimes feel as though disliking the film is somehow not allowed. And yet Whitaker exploits generic heartstring tugging conventions to an almost parodic degree. He plays emotive music excessively, has relatives recount upsetting stories until they are visibly distressed, and flagrantly milks as much personal tragedy as he can from recycling old photos and home videos. This over-reliance on cliché can feel like a lazy, if not cynical, way of trying to make you more upset by Pollock’s ordeal. One could argue that this should make you more uplifted by his resilient attitude, but instead the film feels abstracted, like a chronological list of someone’s misfortunes and life achievements.

It’s true that these kind of endurance stories often appeal to our emotional rather than critical faculties. As one representative from the Christopher Reeve Foundation tells Pollock during the film: “The best fundraising really is storytelling.” With this in mind, it’s easy to see why the film was so successful in the Irish Box Office last year. Pollock is clearly an inspirational figure – like an Alexey Stakhanov, or a Helen Keller – and it is worth noting he is considered a celebrity across Ireland. (The film is crammed with more TV and radio interviews than it knows what to do with.) It’s is the sort of story which, condensed into a ten-minute video, might easily achieve near-instant virality. Yet as a feature-length documentary it can become arduous.

This was the leading documentary in the Irish box office for 2014, before being given a wider release.

Of course it’s possible to tell a really good story, but still be a lacklustre film. There are loads of awful adaptations of Romeo and Juliet.

The watchword is ‘convalescence’. It aims to depress, before leaving an optimistic aftertaste.