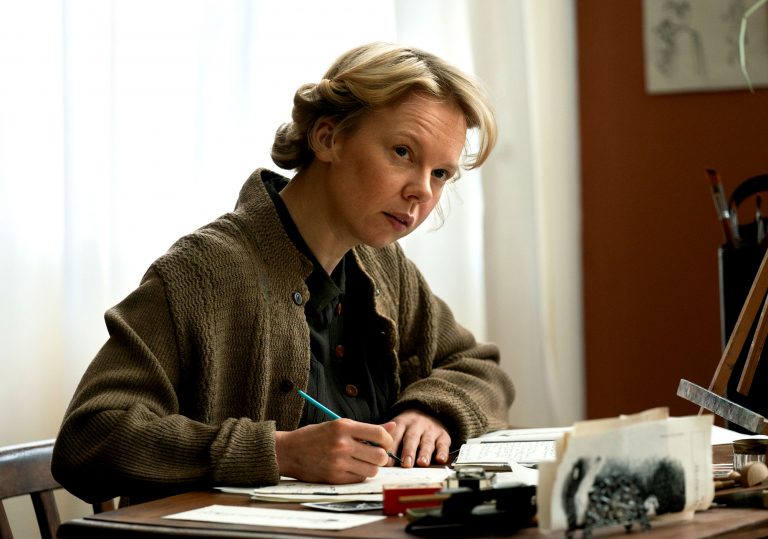 The central romance is charming, and Alma Pöysti is perfectly cast.

A biopic that really knows its subject.

The streets of Helsinki lay in ruins in the aftermath of World War Two. A woman dances on her own, then, a bomb shelter, and she sketches balloon-headed graphite troll creatures on scrap paper. Tove Jansson (Alma Pöysti) is at the heart of her best-known work, the comic series about a village of creatures called Moomintrolls.

Instead of tracing her life with her paintings as merely an incidence, Finnish filmmaker Zaida Bergroth uses scenes from Jansson’s life to flesh out her story and the characters she created. She grows apathetic to the more formal florals and portraits she paints, and longs for a more playful artistic rebirth to reawaken her spirit.

At a gallery she meets Vivica (Krista Kosonen), and the pair share a dance on the porch at a subsequent winter gathering. They begin a romance that’s more concerned with the revelations it brings than a hope for a mythical eternal love. The joy of their nights spent together, cigarettes shared in bed and laughter during intimate moments, strikes a bright contrast with the battle-scarred city they live in.

“Is this a key artwork defined by a conscious choice, or did you allow the intrinsic value of art define the overall narrative?” is a question posed about halfway through the film, defining its mission as a portrait of the artist. Vivica is the first to show Tove the value of these childish sketches, recognising that their world doesn’t need another traditional painter. It is their romance that incites a shift to the playful style Jansson is famous for. 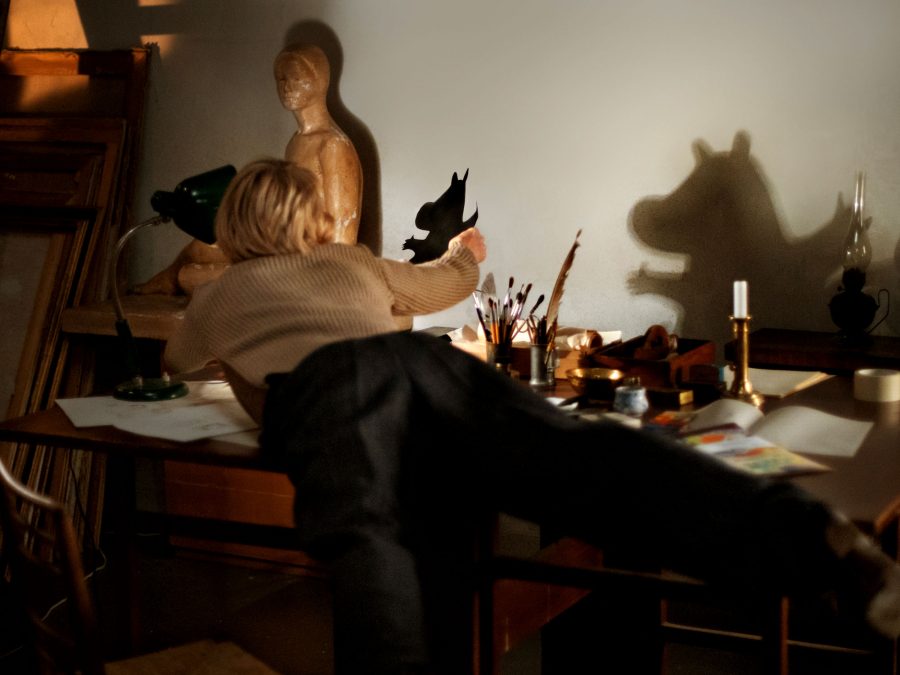 Tove and Vivica’s love is a post-war joy barely concealed beneath the picture-perfect surface of their marital lives. Within the local artists’ community the two women attend parties, surrounded by men in the arms of other men, and women who ask each other if they may lead as they dance. This should not feel as refreshing as it does, but seeing gay romance depicted against something other than a white wall of heterosexuality, especially in a period drama, still feels all-too rare.

By showing how an artist infuses their art from life, and their queerness, instead of acting as if their art flourishes in spite of it, Tove is an anomaly. Providing origins for the inhabitants of Moomin Valley, moments of pillow talk between Tove and Vivica spawn the characters Tofslan and Vifslan; the script directly traces where the artist exists within the art. Jansson’s wordplay, which featured outside of the Moomins in some of her adult fiction work, twists words and phrases inside out like a child learning to spell, mimicking her young audience to play with them.

We also meet Jansson’s later life partner Tuulikki Pietilä (Joanna Haartti), who would inspire the character of Too-Ticky. There’s an idea here that in our dreams every face is one that we’ve seen before. With moments pulled from Tove and Vivica’s letters (many of which are published in the collection ‘Letters From Tove’), the film strikes a tender balance between its lesbian self-discovery narrative and Jansson’s artistic awakening, two things it understands can be deeply entwined.

Tove is in cinemas 9 July via Blue Finch Film Releasing.

The central romance is charming, and Alma Pöysti is perfectly cast.

A biopic that really knows its subject.