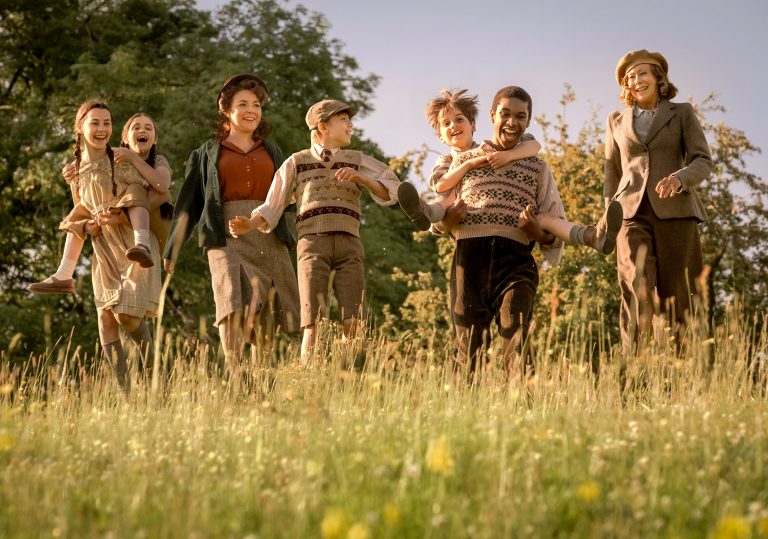 Doesn’t do enough to justify its existence, and lacks the innocent charm of the original.

A couple of worthwhile sequences, but in all it just feels like a shoddily made Brit-film.

It’s diminishing returns for the World War Two-era scamps learning life lessons out in the countryside.

There’s lightweight, there’s extremely lightweight, and then there’s The Railway Children Return, an undemanding teatime frolic following the country-bound monkeyshines of a trio of knee-high evacuees during World War Two.

As with the beloved 1970 original (and its various spin-offs), the idea of the young generation being posted out of harm’s way as Hitler’s bombs rain down on the cities is framed as a super-fun adventure, with brutal life lessons stowed away between the giggly larks.

Lily (Beau Gadsdon), Ted (Zac Cudby) and Pattie (Eden Hamilton) hop on a train from Manchester into a rural idyll. They head straight to the village hall, meeting the fussbudget stationmaster (John Bradley) en route, and in a kind of speed dating-like set-up they’re paired up with Sheridan Smith’s kindly schoolteacher and her suffragette grandmother, played by series lynchpin Jenny Agutter.

Some muddy bogs and a couple of food fights later, and they’re bouncing off into the fields, and then a train yard where they happen across Abe (Kenneth Aikens), a Black teen American GI suffering from a nasty injury and looking to defect and scarper at the closest opportunity.

Initially, there’s some conflict regarding how best to deal with Abe, as the gang initially suspect he could be an enemy spy. But they soon get to hear his story, and begin to realise that Hitler’s racist purges are also happening closer to home. While it’s laudable subject matter that speaks more cleanly to contemporary mores, it does all feel a little bit laboured, and Aikens wide-eyed performance as this young stranger in a strange land is grating to say the least.

There are a few predictable sad twists that cut through the boisterousness, and Agutter and the ever-reliable old hand Tom Courtenay bolster proceedings with a few expert fireside monologues. But as a feature, it all feels very rushed and dramatically inert, with the outcome of Abe’s predicament visible from many, many miles off.

Doesn’t do enough to justify its existence, and lacks the innocent charm of the original.

A couple of worthwhile sequences, but in all it just feels like a shoddily made Brit-film.