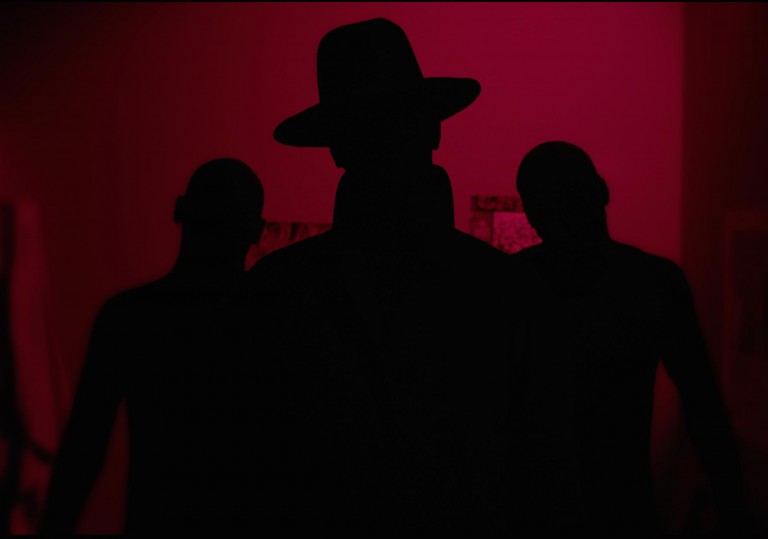 The same, but different. You feel like it's the first chapter of a potentially bigger project.

Is there any more obvious signpost of the fact that mind-obliterating boredom is in the offing than when someone strikes up a conversation with the feed line, “Y’know, I had the strangest dream last night…” Yes, go on, tell me aaaaaall about it. I’m just dying to hear [bludgeons self with Biro]. It’s something of a minor coup, then, that director Rodney Ascher has, with surgical precision, removed the cloying stigma from this drastic social faux pas and built an entire movie inspired by the process.

Formally, this is much the same as his previous feature, Room 237, in which various loonbags offered up their crackpot theories about how The Shining was, say, Kubrick’s apologia for faking the moon landings. In The Nightmare, Ascher examines the affliction of sleep paralysis, where sufferers experience strangely lucid night terrors from which they seem physically unable to wake/escape.

The film is structured around a series of interviews, and Ascher is clearly searching for common threads within the vivid testimonies he receives. As a way to visualise these outpourings, we’re then treated to effects-driven montages intended to represent the macabre scenes occurring inside the test subjects’ volatile minds. A demon cat prowls in and suffocates one dreamer when it holes up on her chest. Then we have the loping shadow man with red laser eyes who slumps slowly into the bedroom at night. Sometimes things can get gruesomely nasty, as stabbing mechanised blades slice up the lower torso. But like Freddy Krueger, they’re not really real.

What initially comes across as a hokey attempt to just show people’s nightmares – and thus connect a hackneyed daisy-chain between movies and spooky interior projections – is revealed as a sincere attempt to actually articulate the subtle patterns that crop up in the minds of sufferers across the globe. Very little of substance is known about the condition, and many who do put up with it are left with the daffy ramblings thrown up by search engine burrowing or, worse, vlogging.

Even though the task is akin to herding cats, Ascher does at least attempt to come away with a few basic conjectures, the main one being a link back to formative memories and, specifically, the early consumption of horror movies. One man even admits that the recurring dream he had of a black silhouetted man looking towards the mouth of a red tunnel one day revealed itself as a detail from the opening credits of Oliver Stone’s Natural Born Killers. Though in the end, you do come away with more sense of the abject horror caused by this condition than robust insight into its causes and effects.

The same, but different. You feel like it's the first chapter of a potentially bigger project.