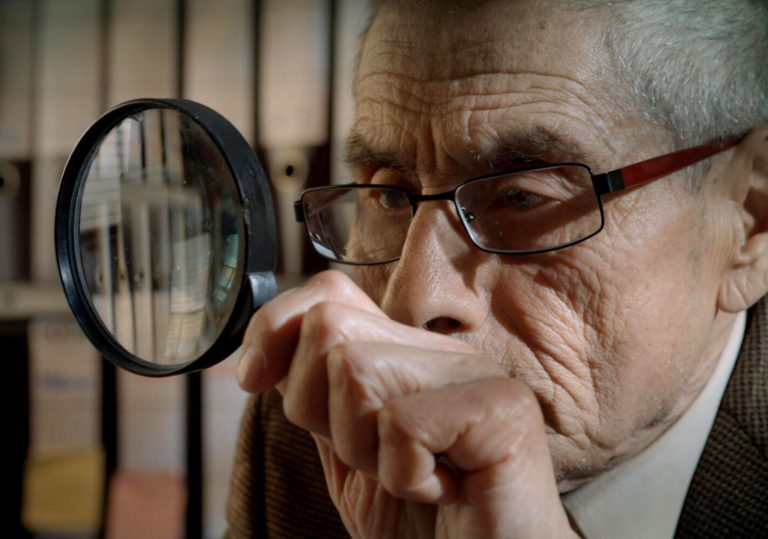 Largely rides on the charm of its bemused central figure.

A fun little diversion, but nothing more.

This whimsical documentary traces an undercover spy mission for a doddery Chilean pensioner.

Sergio Chamy is 83 years young. His wife has passed, he has an extensive family and he’s still got most of his marbles in tact. Yet a widower’s life can become repetitive and lonely, so he responds to an ad from a detective agency looking for someone who’s over the age of 80 (tick), has all his marbles (tick), and wouldn’t feel morally stricken by the prospect of entering a nursing home for a three month spying mission (tick). The candidate would also need to have basic knowledge of smartphone technology, particularly in relation to surreptitious video and audio recording (cross).

It feels wrong to refer to Maite Alberdi’s sweet little film as a documentary, as the whole set-up is itself a set-up, which has mostly been staged and sculpted. Yet the way she gets around the stigma of the camera is by telling the residents of the nursing home that they are there filming for other reasons, and that in turn allows the subjects to let their emotional guard down.

At the centre is Sergio, and we initially watch he haphazardly peeks around doors, peers through windows, and searches desperately for his mark – a withdrawn older woman whose daughter believes she is being abused and swindled by their father. Our hero, unfortunately, cannot recall the photograph he was shown of her, and so must go around in circles making smalltalk with all the female residents – who seem to outnumber the male residents ten to one.

Everyone likes Sergio. Some express feelings that transcend simple fondness. There are many funny scenes of awkward courtship attempts, as some ladies see him as a major catch and are excited at the prospect of being involved in the nursing home’s first in-house wedding. It’s a breezy and bittersweet film, packed full of lovable characters and capturing lots of awkwardly intimate confrontations, and through Sergio’s journey we see both the light and dark sides of entering into your twilight years.

It’s perhaps a little too slight for its own good, especially as the whole “agent” aspect is pretty much dispensed with at the half-way point. The novelty aspect of the spying sub-plot also undercuts some of the film’s more serious, journalistic ambitions about the state of modern caregiving and the fact that these home are used as often to dump unwanted and pesky parents as they are venues for living out a more gregarious final act in life.

Largely rides on the charm of its bemused central figure.

A fun little diversion, but nothing more.