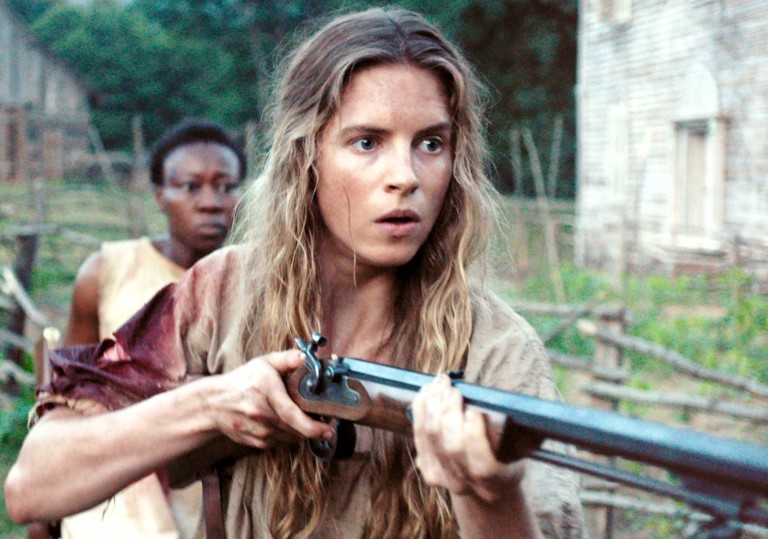 A female-led Civil War yarn? We’re in. Directed by the guy who made Harry Brown? Erm...

A well-intentioned home invasion thriller that can’t quite address all the issues it raises.

The Keeping Room begins with a scene of abrupt and terrible violence – and it is exacted against women. Capturing a precarious moment in American history, Daniel Barber’s film focuses on the ravaged losing side in the immediate aftermath of the American Civil War, and on the young inheritors of that destruction. Sitting somewhere between a western and a home invasion thriller, the film opens with a rogue Union soldier who commits a rape and covers his tracks by killing the innocent bystanders.

It’s 1865, and our setting is an unspecified location known only as ‘The American South.’ It’s a bad place to be during the closing ebbs of the war – the bloodiest chapter in the young nation’s history. Semi-feral deserters maraud through the battered countryside, sexually assaulting and murdering their way across an old Confederacy now deprived of so many of its able-bodied men. We are introduced to sisters Augusta (Brit Marling) and Louise (Hailee Steinfeld), eking out a sparse existence on their absent parents’ homestead. They’re long-haired Southern waifs armed with shotguns, leaving us to imagine the fate that had visited their family and neighbours. When Augusta heads to the nearest town for supplies, she stumbles into the same malevolent soldiers with moonshine on their breaths. They follow her home.

The sisters are accompanied by Mad (Muna Otaru), a female slave who seems to maintain her role in spite of the fact that there’s little antebellum society left to enforce it. The hierarchy is at one point challenged with an exchange of slaps, quickly dispelling any illusion of Mad’s subservience. And while the women’s burgeoning solidarity is heartening, the particulars seem off. Barber won’t fully commit to 19th-century attitudes, and the girls’ ability to unlearn their slave-owning upbringing rings false. Barber adopts a brooding style, foregrounding the uneasy stillness of the countryside in the expectation that the quiet will soon be shattered. The eerie hush is accompanied by an apocalyptic sense of isolation. Augusta wonders, ‘What if all the men killed all the other men? What if it’s the end of the world?’

When The Keeping Room evolves into shotgun-blasting, house-under-siege mode, it immediately becomes less interesting. This is simple, blunt-force dramatic territory; the threat of rape is omnipresent throughout, and vulnerability provides the basis for the suspense. Occasionally it’s uncomfortable, raising prickly questions about storytelling choices. The threat of sexual violence is an effective device, but also an easy one. Echoes of Sam Peckinpah’s queasy 1971 home invasion drama, Straw Dogs, appear. As a director, Barber is already acquainted with exploitative violence – his only previous feature being the paranoid vigilante thriller Harry Brown from 2009. The spirit of that vengeful film can’t help but cast a long shadow.

Nonetheless, this film is ambitious in its attempts to highlight the treatment of women at the time. When Mad talks about being raped, it’s a vital and devastating moment, but there’s too little of it. Barber is easily lured back into action sequences, giving more attention to violent showdowns than to the alliances of the women. It inevitably overshadows the film’s more complex currents and is no longer a topic that a director of westerns can continue to sideline.

A female-led Civil War yarn? We’re in. Directed by the guy who made Harry Brown? Erm...

A well-intentioned home invasion thriller that can’t quite address all the issues it raises. 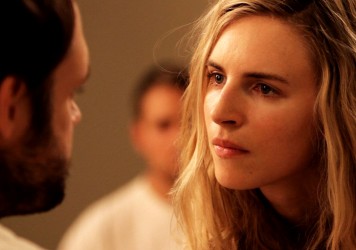 Sound of My Voice

Brit Marling shines in this creepy cult sci-fi movie that has its genre cake and eats it.