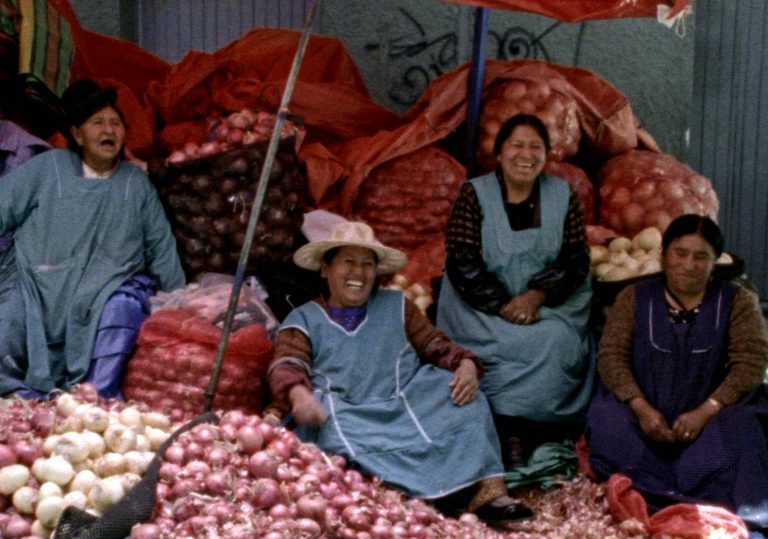 Packed to the gills with formal and thematic playfulness. A dark film, but a fun one too.

Hopefully seeing lots more of director Kiro Russo in the very near future.

A Bolivian miner with a terminal lung disease searches for salvation in Kiro Russo's psychedelic latest.

If you wake up of a morning and are convinced that you need more hardcore psychedelia in your movies, then make a date with Kiro Russo’s swirling Bolivian mind-expander, The Great Movement. It is the musical death rattle of a rural miner whose lungs are riddled with disease and so he unwittingly decides to trek to La Paz and sock it to the Man.

Unfortunately, his protests are met with deaf ears, and he’s forced to search for other means of salvation. This leads him down a rabbit hole of folk remedies, witch doctors and that daunting chasm that still exists between science and suspicion.

That plot acts as a loose framework for Russo’s various flights of audiovisual fancy, and his film operates neatly as a high-altitude headtrip where textures and colours are as important as our hero’s gradual descent into another place. It also falls under the rarified bracket of the ‘City Sympohony’, but stripped of the playful romanticism that so often characterises the genre to deliver something more objective and starkly realistic.

The director’s camera in unforgiving in its presentation of desiccating slums and brutalist façades, yet there are no real antagonists in the film, merely people who are driven by unwieldy desires and worldviews. The sound design and music, too, are carefully primed to help articulate the feeling of being lost in an unforgiving urban metropolis.

Packed to the gills with formal and thematic playfulness. A dark film, but a fun one too.

Hopefully seeing lots more of director Kiro Russo in the very near future.