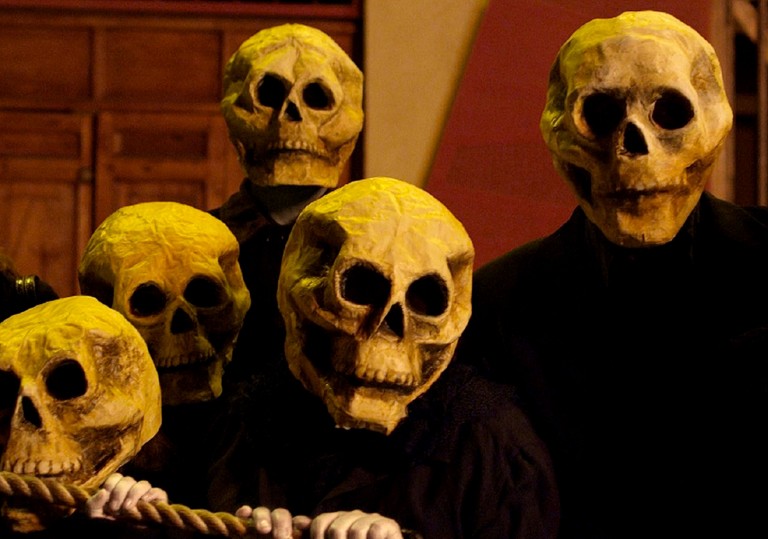 The very definition of a folly – exhilarating and tiring in equal measure.

You may not know what to think of it, but you'll be glad that it exists.

The idea that a new film by Alejandro Jodorowsky exists is in itself a feat worthy of ticker tape, garlands and celebratory shot-gun rounds fired into the air. It’s an oft told story of contemporary cinema that the “mavericks” of the ’70s, those artists who followed personal instincts and produced works which sat outside conventional modes of filmmaking but inside the sphere of broad public acceptance – now spend much of their late life attending to the grinding monotony of trying to solicit budget for future follies.

The Dance of Reality, which premiered at the 2013 Cannes Film Festival, certainly looks like Jodorowsky put in the hours with the money men, as it’s an exotically articulated autobiography of the director’s upbringing in Tocopilla, Chile, realised with some (if not all) of the radical bombast of the films that made his name: 1970’s El Topo and 1973’s The Holy Mountain.

In a twist of Freudian fate, Jodorowsky’s father – a right-wing maniac with designs on assassinating dictator Carlos Ibáñez del Campo – is played by the director’s son, Brontis, in a performance entirely devoid of self-conscious preening. You get the sense that Jodorowsky snr could’ve asked his offspring to bite off his own cheeks for the camera, and the manic tyro would’ve obliged in a heartbeat.

The film, however, is something of a glorious mess, with individual grandiose set pieces inelegantly stitched together in the place of an immersive and comprehensible drama. The director himself appears to offer advice to his younger self, though his musings are, for the large part, comically unintelligible. It’s an unflinching depiction of the violent atmosphere which erupts under totalitarian regimes, and amid its eccentric loungers, there is evidence that the director does offer a pithy political commentary to these trying times.

Eventually, The Dance of Reality is too big for its boots, with Jodorowsky seldom convincing that he’s been strict enough with the material in the edit suite. The production design, costumes and sets are spectacular, yet the director milks them for all they’re worth, trying audience patience at every conceivable chance. Yet it does prove that the director still has the nous to do what he has always done best: to operate at the combustible point where violence and beauty commingle and to sear outlandish images into your deep sub-conscious.

The very definition of a folly – exhilarating and tiring in equal measure.

You may not know what to think of it, but you'll be glad that it exists.