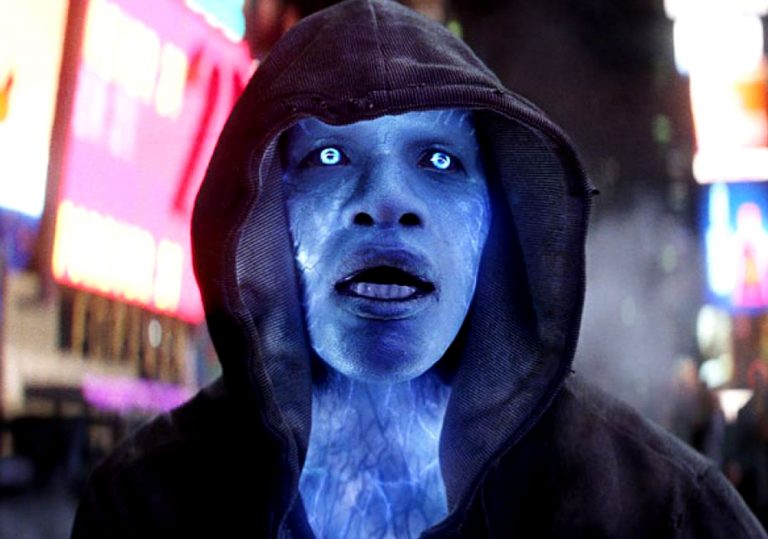 Countless teasers and trailers have hyped this one to the max.

There’s a moment at the beginning of The Amazing Spider-Man 2 when a key character calmly whips off an email in the middle of a jet crash. It’s a spectacular yet bizarre opening salvo. Piece by piece, the aircraft tears itself asunder on its way down to Earth, with no apparent impact on internet connectivity. The memo reaches its destination just in time for the plane to say hello to the dirt.

It’s an elaborately produced sequence, and one that sets up a very specific, highly contrived plot detail further down the line. Sadly, when the pay-off finally arrives, it hardly even matters. Events have already been set into motion. The scene serves to clumsily fill a motivational gap, but achieves little else. This is The Amazing Spider-Man 2 in microcosm. A series of dazzling set-pieces strung together with a threadbare narrative and the most perfunctory characterisation imaginable.

At its core, the film is a simple love story. Andrew Garfield returns as Peter Parker, the world’s oldest adolescent, who finds himself at a crossroads in his relationship with teenage sweetheart Gwen Stacy (Emma Stone, always magnificent). Gwen wants them to have a life together, but Peter’s too busy fighting crime and getting into assorted super-scrapes to notice. He’s an adrenaline junkie. She’s an academic facing some tricky life choices. Meanwhile, an aggrieved mutant by the name of Electro prowls the city on a mission for vengeance. Somewhere on the side-lines, emo millionaire Harry Osborn inherits both his father’s company and a mysterious genetic affliction with heinous consequences.

The main focus being the relationship between Peter and Gwen, the villains get short shrift here. Electro is a Doctor Manhattan-style transient played by a mishandled Jamie Foxx. He starts life as Max, an unremarkable dude living an undistinguished existence as a lowly Oscorp employee. Max is a resolutely Hollywood type of geek. In other words, the kind of shy, socially awkward nerd that questions his own self-worth while sporting the kind of chest most gym bunnies would kill for. And he mumbles to himself constantly. Good thing too, because apart from a couple of functional scenes designed to cement his place in this rag-tag world, he barely has to interact with anyone else.

In fact, the Max/Electro arc seems to take place in an entirely different film, only colliding with Spidey’s journey whenever the Peter/Gwen schmaltz starts getting a bit tedious. His threat levels are generally negligible, too, in the broader scheme of things. So much so that after their first confrontation, Peter appears to forget about the cobalt menace entirely, and diverts his attention back to the more important business of winning back his girlfriend. Electro and Spider-Man are later reunited in an explosive showdown, though by that point we’re beyond caring.

The casting of Chronicle star Dane DeHaan as Harry Osborn sounds like a no-brainer. And yet his dialogue is so unwieldy and his character so malformed, that the film is never sure what to do with him. Is he a tragic anti-hero? Or just a spoiled brat with an out-of-control ego? Osborn is almost entirely defined by the kind of clunky exposition that you can get away with in a Saturday morning cartoon, but not in a live-action feature. The only reason we know that Peter and Osborn have a lifelong friendship – one that’s never really been mentioned before, despite a large part of the first film taking place within Oscorp walls – is because Peter has to show up on Osborn’s doorstep, completely out of the blue, and tell us. Nothing about this artificial friendship rings true.

For fans of director Marc Webb, the film is a frustrating experience. He has style in spades, and the action here is shot in long, dynamic takes that strain his apparently ridiculous effects budget to breaking point. There’s a feeling that Webb is thinking beyond the tropes and traits of the standard superhero movie. At times, it feels like a small-scale, ’80s teen drama trapped inside the bloated belly of a modern blockbuster. Part comic book fantasy, part Footloose.

In the end, though, it’s a rather compromised vision. Webb’s efforts are undermined by a script that sacrifices story for soap opera and tries to stick so many disparate elements together that virtually none of them gel. Significant chunks of the movie simply repeat many of the beats from the last film (daddy issues, girlfriend angst, hidden subway lairs — you know the drill.) It wants to pull big impassioned punches but it never really earns them. And there’s a rather sordid corporate edge to the proceedings, too: product placement is rife and, in some scenes, actively distracting.

Despite pretending to be an intimate drama about human relationships for a generous portion of the snooze-inducing running time, The Amazing Spider-Man 2 reveals an altogether more sinister purpose in its final throes.

Countless teasers and trailers have hyped this one to the max. 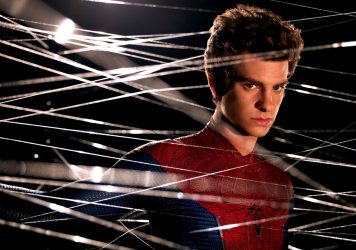