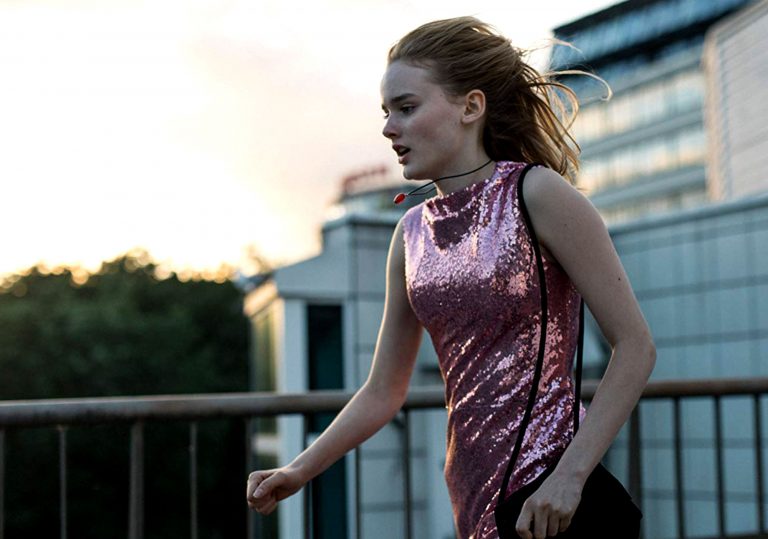 Always intriguing to see a debut feature. And one from Norway to boot.

A heartbreaking and frustrating film that works as a great calling card for its director.

A stirring and stark portrait of a family in crisis from Norwegian director Camilla Strøm Henriksen.

This is a film which blends kitchen sink drama with magical realism to explore the responsibilities a child must assume when neglected by emotionally volatile parents.

It follows Jill, played with heart-rending restraint by Ylva Bjørkaas Thedin, in the lead-up to her 14th birthday. We see her as caretaker to her younger brother Bo (Casper Falck-Løvås ) and mentally unstable mother, Astrid (Maria Bonnevie), who is also an artist. Then tragedy strikes and Jill’s determination to keep up appearances allows her the breathing room to experience being a teenager, if only for one evening, when her absent jazz musician father dressed head-to-toe in white whisks her away to one of his shows.

It’s an incisive and tender feature debut, and director Camilla Strøm Henriksen isn’t concerned with exploring the fallout from a failed relationship between a struggling painter and a successful musician, as instead she elects to explore the cyclical nature of neglect by focusing on the children in the middle. Jill is haunted by her mother, whose appearance is often partially obscured by the wild hair that Jill is forced to brush and tame.

In a narrow apartment crowded with paintings, Astrid’s art has infested their psyche and it comes to life. This feeling of dread is emphasised by the fantastic score and sound design provided by Patrik Andrén and Johan Söderqvist, who echo Astrid’s hysterical laughter, and in one scene they amplify the sloshing sound of an unknown liquid.

Though the resolution leaves a little to be desired in terms of broad satisfaction, the journey is definitely worth your time. The performances by the young actors cut through stereotypes of put-upon, emotionally mature children and work towards capturing an empathetic portrayal of a family in spiritual crisis. At one point, Astrid explains to her daughter that, ‘my work may not be ground-breaking, but at least it’s honest’. Hear hear.

Always intriguing to see a debut feature. And one from Norway to boot.

A heartbreaking and frustrating film that works as a great calling card for its director.