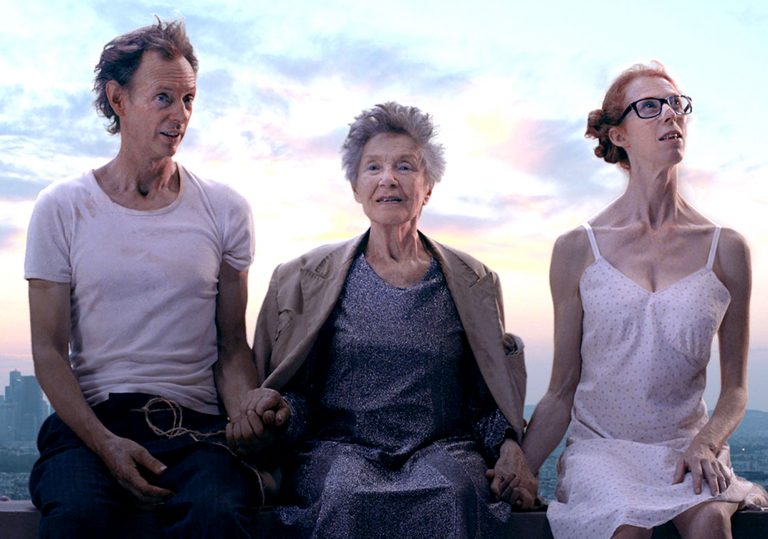 Physical comedies are a tough nut to crack – cautiously intrigued.

A modern take on silent slapstick is the order of the day in this wacky French farce.

Lost in Paris has a long way to go in proving itself given the rarity of physical comedy in modern movies. This whimsical misadventures starring Fiona Gordon and Dominique Abel as two bumbling oddballs (who share their own names) in search of an escapee aunt manages to discard any concerns of out-datedness, bringing a contemporary twist to Chaplin’s charming Little Tramp act.

Much of this is as a result of the chemistry between its leads: Fiona’s anxiety and fish-out-of-water neuroticism stands in stark contrast to Dom’s impetuous antics. The natural connection between them caries the humour throughout. This connection occasionally falters, if only as a result of the film’s abundance of gags. The late French legend Emmanuelle Riva also shines as the elderly fugitive Martha, never slipping into the trapped-youth cliché the elderly are usually forced to endure. That said, some inconsistencies arise when her shrewd approach to escape stands in opposition to the senility she is introduced to at the outset.

The visual approach adds to the jovial air with its vibrant use of colour. The frame is speckled with lush splashes of red and green that breathe an almost cartoonish life into the pale streets of Paris. This quaint aesthetic is apparent from the off, with Fiona’s frigid Canadian home rendered in charming miniature, the interiors of her office almost stagey in their construction. The score also helps to maintain the film’s buoyancy, combining an array of classical piano compositions reminiscent of silent cinema with more current musical elements that bleed into the story itself. These bring with them a whiff of playful abandon when placed opposite a broadly old-fashioned soundtrack.

The film missteps in its final act. Though the gags and style keep up the carefree attitude, its eventually delves too deeply into gooey sentimentality in order to conclude a story that otherwise has a clear idea of its character and a deftness to its execution.

Physical comedies are a tough nut to crack – cautiously intrigued.