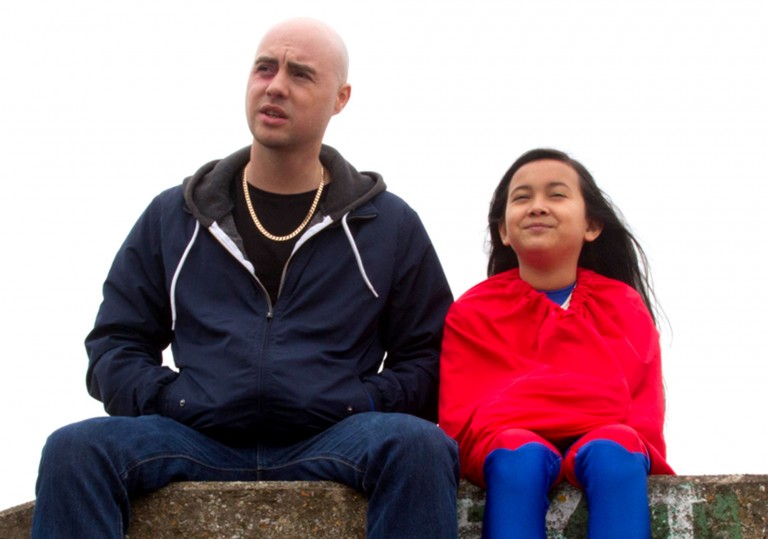 What will set this apart from the Danny Dyer mode of Brit crime thriller?

There’s a surprisingly heartfelt message behind the thuggish bravado.

Wiseman helms, scripts and acts in this venture. Props.

The British gangster thriller gets a much needed image makeover courtesy of Robert Osman and Nathanael Wiseman.

Margate is a typical British seaside town. Its beaches may seem barren and bleak in the winter months, but they bustle at the first sign of sun as droves of scantily clad revellers flock to its glistening shoreline. Yet the postcard facade only tells one side of the story. In Nathanael Wiseman and Robert Osman’s crime drama, Hard Tide, sunny skies turn grey and dour, presenting Margate as a murky underworld where survival prospects seem dim, come rain or shine.

Jake (Wiseman) is a small-time drug dealer on the cusp of becoming the town’s big shot kingpin by taking over the family business from his dad (Ralph Brown). Grandiose plans to scale-up from council estate to mansion are complicated, however, when an unexpected twist forces Jake to take care of Jade (Alexandra Newick), a precocious nine-year old from a similarly broken home. This new found responsibility causes tension between Jake and his business partner, Alfie (Oliver Stark), and the dastardly rival drug baron, Simon Flowers (Mem Ferda).

Wiseman and Osman’s directorial style works from a basic template of grim social realism, but this is undercut by the fact that the characters themselves rarely feel credible. This is exemplified in a scene involving Jake slouched on the sofa, watching Jeremy Kyle with a thick silver chain around his neck. This crude working class stereotype extends to Flowers, his crazed stare and demonic cackle often bordering on slapstick. This only serves to soften the edge on some of the film’s more tense moments.

Yet the questionable character and plot choices are salvaged when it comes to the delicately formed relationship between Jake and Jade. When together on screen, there’s a sincerity to the performances that duly elevates the film, imbuing it with a genuine sense of pathos. The pair venting similar frustrations towards The System and the terrible cards they have been dealt. Stark also impresses in his supporting turn as the cocky best mate who is all at once guarded and vulnerable.

A little rough around the edges, but Hard Tide is a noble debut effort. Solid performances prove to be the film’s saving grace, providing depth to what could have otherwise been dismissed as a(nother) low-rent gangster flick.

What will set this apart from the Danny Dyer mode of Brit crime thriller?

There’s a surprisingly heartfelt message behind the thuggish bravado.

Wiseman helms, scripts and acts in this venture. Props.