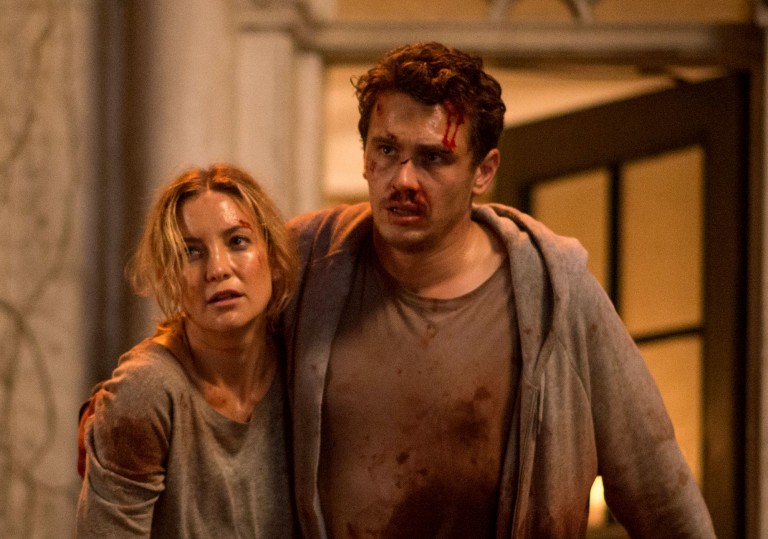 Passes the time, with some nice location shooting in glorious east London.

For Franco completists only.

James Franco and Kate Husdon bring their B game to this stock urban crime thriller.

That title is a misnomer – it should actually read “stupid people”, because this film is about stupid people who chose to do a whole bunch of stupid things. And then they ask us to feel sorry for their stupidity. The filmmakers have pegged them as “good” because they’re a young, white, middle-class couple – Anna and Tom (played by Kate Hudson and James Franco) – elegantly slumming in their Hackney flat, simply craving a better life for themselves.

Opportunity comes a-knocking when a crew of goons hold up a strip club and one of their number nicks off with the loot, wending his way directly back to the flat underneath the happy couple. A knock on the door, a whiff of dead body, a swarm of bluebottles later, and our good folks are left with a quandary: do they snaff up the big pile of cash that this ex-person has been stashing, or do they do the right thing and tell the police and continue in their state of abject misery but with the faint glow of civic pride?

Because this is movieland, you know how this one goes down, and it seems that no moral argument that Anna throws at Tom can dent his enthusiasm for theft. Tom Wilkinson’s old guard detective is on to them right away, watching like a hawk until they start depositing the money to pay of all their debts. But the goons, led by the always-menacing Sam Spruell, want their dough, and so a course of intimidation and heavy beatings ensue.

Casting aside the fact that this movie is stratospherically dumb, barely a frame of it ringing with any kind of honesty, it has been put together by director Henrik Ruben Genz in a way which allows it to function as a serviceable, dead-eyed thriller. Good People starts like Shallow Grave and ends like Pacific Heights, but even if you love those two movies with all your heart, you’d still do best to think long and hard before diving into this one.

Passes the time, with some nice location shooting in glorious east London.

For Franco completists only.